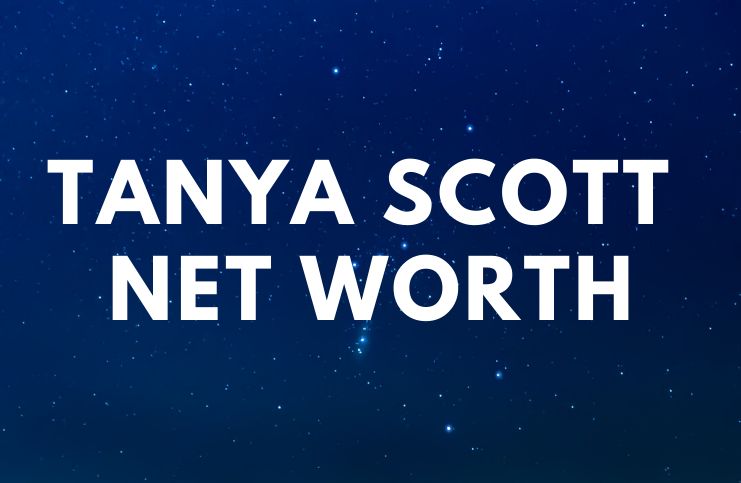 Tanya Scott is an American TV star who is best known for her appearance on the TV series – ”Little Women: Atlanta.” Tanya replaced former cast members Briana Barlup and Emily Fernandez in Season 3 of the series.

“I love gardening, cooking, everything that has to do with hot weather, dancing, singing, writing music, yoga, mental health, FOOD and I’m plant based and choose not to categorize myself, I do what works for me.”

“I love thrift stores, and wicker anything! I’m a fairy, I intuitively create healing plans and products with all of mother nature’s plants and herbs and I have a passion for healing!”

In 2017, she moved to Atlanta to expand her business. Tanya declared:

“I moved to Atlanta to expand my business and get a new taste of life in the south.”

Scott was a guest star on 2 episodes of Season 2 of Little Women: Atlanta. She became a full-time cast member on season 3, after the departure of Briana Barlup and Emily Fernandez.

Before joining the show, Tanya was already a friend of Tiffany “Monie” Cashette.

On Season 4, in order to deliver her baby girl naturally, she has been preparing for a home birth.

She didn’t feature on Season 5 (that premiered on March 28, 2019). According to some reports, Tanya felt as if the show did not bring positive energy into her life.

The TV star confirmed on Instagram, however, she did not give any more details regarding her exit from Little Women: Atlanta.

“When you’re waiting patiently for all the good coming your way.”

In the same season, Tiffany “Monie” Cashette quitted Little Women: Atlanta after losing a custody battle over her son.

In July 2017, Tanya released an ebook called, “Bridging the Gap.” In the following year, Scott released another ebook entitled – “The Mama Travel Guide.”

In 2019, Tanya had a role in a show called “You’re My Boooyfriend” on the streaming service called Zeus.

They first started dating in 2014, however, at some point, they broke up. In 2017, the two restarted their relationship but broke up for the second time. They have two children – Jaidan and Tahirih.

Tanya and Nico Cobb, her Little Women: Atlanta co-star, have a daughter named Luna. They also broke up.

Scott said that Cobb had decided to leave because he couldn’t handle being a father. Cobb declared:

”No man wants to be told they’re a deadbeat or that they’re not there for their kids when it’s completely untrue.”

All three of Scott’s children have pseudoachondroplasia.

When she found out that her son Jaidan is a little person, Tanya wanted to help him maintain his health. Therefore, Scott started her own wellness and health company, entitled – “Life Body Naturals.”

After her daughter Tahirih was born, Tanya declared:

“I’m so thrilled to have a healthy, happy baby girl! And to finally be able to show her off to the world!”

”With all the risks of being a pregnant little person, I’m grateful that I faced no complications.”

”I’m excited to see all the ways Tahirih will change the world. Average or little, she will be a force to be reckoned with.”

The type of dwarfism that Scott has is called pseudoachondroplasia. Men and women are equally affected. The exact birth prevalence of the disorder is unknown, however, it is estimated to be 1 in 50,000-100,000.

Pseudoachondroplasia is an inherited disorder. It is typically not discovered until age 3 of life. An estimated 70 percent occur as a random, new mutation in COMP with no previous family history, whereas 30% of patients are familiar with an affected parent transmitting the inherited disorder.

Other known clinical features include:

Moreover, numerous children with this inherited disorder are diagnosed with a variety of orthopedic conditions, such as:

Depending on the severity of the symptoms associated with this inherited disorder, there are both non-surgical options (like – physical therapy, braces for spinal support, and medication for joint pain) and surgical options (such as – spinal fusion).

Her height is listed as 3 feet 11 inches.

Scott has been a guest on The Rickey Smiley Morning Show (advertised as the #1 Hip-Hop morning show) which is co-hosted by her Little Women: Atlanta cast member Shirlene “Ms.Juicy” King Pearson.

Before she became pregnant with her first child, Tanya was an exotic dancer.

Scott has a YouTube channel by the name of “Your Favorite Herbalist,” where she shares info about natural healing herbs and techniques as well as more footage of her life.

She follows a plant-based diet.

Scott earned most of her wealth from her health and wellness company called, Life Body Naturals. In addition, she makes some income from selling her two books. In addition, she starred in Little Women: Atlanta. Currently, she has a role on a show called “You’re My Boooyfriend.”

Additionally, Tanya makes some revenue from posting paid posts on her Instagram account. Therefore, Tanya Scott has an estimated net worth of $0.45 million.

READ THIS NEXT: Who is Judah Smith?