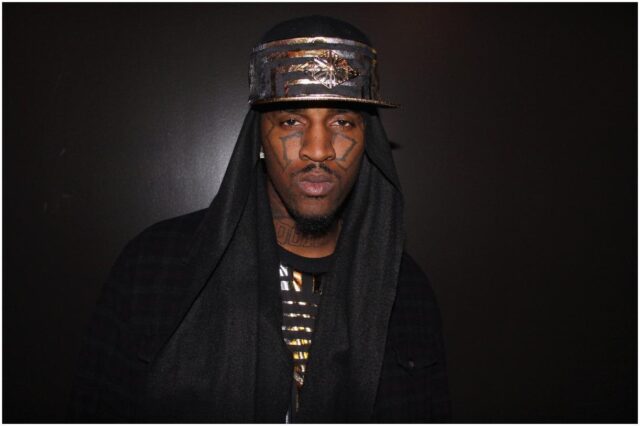 Daylyt (real name – Davone Campbell), also known as the GOAT (The Greatest Of All Time Daylyt), is an American battle rapper from Watts, California.

Davone has been featured in VIBE Magazine, LA Weekly, LA Times, and more.

He was born on February 14, 1985, in the United States of America. Davone was raised in Watts, California.

In 2010, Campbell began his career as a battle rapper. Battle rap is a type of rapping which includes insults, bragging, and boasting content.

The rap battle is generally believed to have started in the East Coast hip hop scene in the late 1980s.

In doing so, Davone regularly uses elaborate stage antics, props, and no shame in obliterating his opponents.

He started his YouTube channel called ”1SpawnOnly” in July of 2011.

The channel has more than 100k subscribers.

His battles reach a global audience, leading the ever-popular rapper to travel to the likes of Canada, Australia, the United States, and the United Kingdom in his career.

Daylyt is married to Mari Ahadi. The two first met at a gas station.

She has her own clothing company, “i2ahadiDesigns.com.”

“Eminem is like the weirdest person in the world: he don’t talk, but he talk a lot.”

During a 2013 interview, Cambell said:

”I’m actually working on a full movie and the trailer is out now.”

”It is called, Daylyt: I’m an Animal. And it’s a movie that I wrote, directed and produced completely by myself and I’m the lead actor in the movie.”

He is often booked for battles in numerous small-time leagues since he does not charge much to battle.

Davone has a tattoo on his face inspired by the comic book character Spawn.

For his achievements in hip hop and battle rap, Davone is frequently featured on:

On TV, Cambell has been featured in Total Slaughter, The Sisterhood of Hip Hop, and on MTV.

When asked about whether he grew up with rap being a part of his life, Davone responded:

”Yeah, rap’s a very important part of my background.”

”Even beyond that, I have a family tie to the 103rd Street Band that played in Watts way back in the day, and they’re tied to my family too.”

He came from the same gang-controlled city which has Hip-Hop ties to Glasses Malone, Kam, Bad Lucc, and O.F.T.B.

During an interview, Davone said:

“My [graduating] class was probably 300-350 Black males; there’s only like three of us alive [today]. Like out of 350 something, the fourth [living graduate] just got killed.”

”You can Google the news story. His name was Mafia Ray. He just got killed.”

Cambell earned most of his wealth from battle rapping. Davone has a YouTube channel that runs advertisements. Furthermore, he has an Instagram account with more than 244,000 followers that can earn him additional revenue from sponsors.

Therefore, rapper Daylyt has an estimated net worth of $2 million.

READ THIS NEXT: Who is Jordan Rudess?