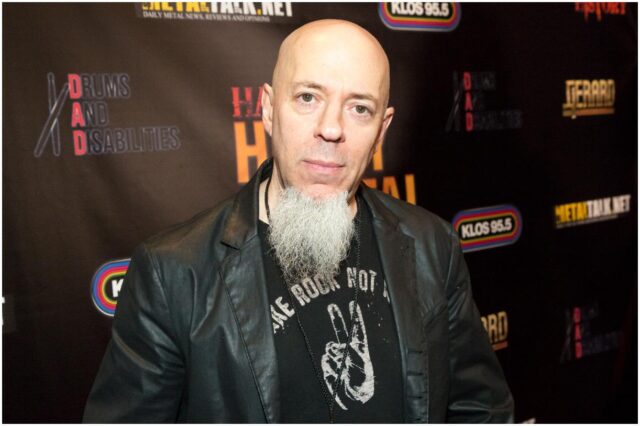 Keyboard Magazine wrote about him:

“Calling Jordan Rudess a legend is an understatement.”

His piano talent was recognized by his second-grade teacher. During an interview, Rudess said:

”One day the teacher called up my mother and said ‘Jordan is playing the piano very beautifully’ and my mother was like ‘what are you talking about he doesn’t play the piano.’”

At age 9, Jordan entered Juilliard School of Music (a performing arts conservatory that is located in the Lincoln Center for the Performing Arts on the Upper West Side of Manhattan, NYC), taking part in the Pre-College Division for classical piano training.

Jordan was part of a studio project assembled by bubblegum pop impresarios Jeffry Katz and Jerry Kasenetz, the people behind The 1910 Fruitgum Company and The Ohio Express.

In 1994, Rudess joined the Dregs, and he formed a “power duo” with Rod Morgenstein. The chemistry between the two was so strong during this jam that they decided to release a studio and a live record.

Jordan has been the full-time keyboardist in ”Dream Theater” since the recording of 1999’s Metropolis Pt. 2: Scenes from a Memory. Rudess has recorded 9 other studio albums with ”Dream Theater,” including:

Moreover, Jordan has appeared on the live albums Live at Budokan, Live Scenes From New York, Score, Live at Luna Park, Chaos in Motion, and Breaking the Fourth Wall.

In 2010, Jordan launched the software company Wizdom Music geared toward creating tools and applications for the enhanced creation of music.

On September 24, 2010, he released the song “Krump,” which was an electronica “single” released on iTunes. It featured the use of the new Roland Gaia, Roland’s more recent keyboard.

In 2011, Jordan was voted “Best Keyboardist of All Time” by Music Radar Magazine.

On October 28, 2013, Rudess appeared on the Ayreon album, The Theory of Everything.

Some of his guest appearances are:

His live albums are:

His solo albums are:

In 2010, he composed “Explorations for Keyboard and Orchestra,” his first classical composition. This composition was premiered in Venezuela on November 19, 2010, by guest conductor Eren Başbuğ and the Chacao Youth Symphony Orchestra.

After the release of his Listen solo album, Rudess gained international attention in 1994 when he was voted “Best New Talent” in the Keyboard Magazine readers’ poll.

Jordan has made guest appearances on albums for singers and rock legends like Kip Winger, Vinnie Moore, and David Bowie.

Rudess earned most of his wealth from selling his albums, sponsors, and selling tickets to his concerts.

Some of his albums are A Chapter In Time, The Road Home, and Secrets of the Muse.

Jordan has a YouTube channel that has more than 104,000 subscribers. In addition, Jordan sells merch on his website jordanrudess.com. Therefore, Jordan Rudess has an estimated net worth of $26 million.

READ THIS NEXT: Who is Richie Kotzen?