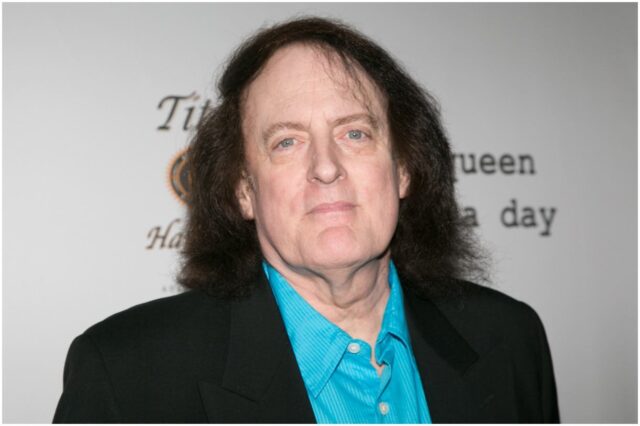 What is Tommy James’ net worth?

Tommy James is an American pop rock musician, songwriter, singer, and record producer, who is best known as the leader of the 1960s rock band ”Tommy James and the Shondells.”

James was introduced to music at age 3 when he was given a ukulele (a member of the guitar family of instruments) by his grandfather.

A year later, Tommy got his initial taste of performing as a child model.

In 1964, The Shondells’ first hit song, “Hanky Panky,” was recorded for Snap Records, a small Michigan label. The song set in motion the strange events which led to the rise of The Shondells and their journey recording for a record company controlled by the Mafia. Also, “Hanky Panky” has been Tommy’s RIAA certified gold single.

Between 1966 and 1969, The Shondells enjoyed 14 Top 40 hits, most of which remain among the most eminently listenable even today.

From late 1968, the band started writing their own songs, with Lucia and Tommy penning the psychedelic-tinged classic “Crimson and Clover.”

In the mid-’70s, he made a jump from Roulette Records, where he’d based his career for nearly a decade, to Fantasy Records, and he later recorded for Millennium Records.

In 2010, he released his definitive life story in the music biz, titled – ”Me, The Mob and The Music: One Helluva A Ride With Tommy James & The Shondells.”

The book tells the intimate story of the relationship between the sweet-faced blonde musician from the heartland and the brutal bully from the Bronx, who hustled his way to the top of the music industry.

”Me, The Mob and The Music: One Helluva A Ride With Tommy James & The Shondells” is currently being developed into a movie. Barbara De Fina is producing the film. Also, Tommy has reunited with the surviving Shondells to record its soundtrack.

During an interview, Tommy said:

“I really wanted to tell this story – it’s a story I’ve been carrying around for 40 years and could never talk about.”

“My co-author, Martin Fitzpatrick, and I – actually, I was very nervous talking about it as recently as five or six years ago because these guys were still walking around.”

In another interview, James declared:

“If there wasn’t a Morris Levy there wouldn’t be a Tommy James. Nobody could get singles made faster than Morris.”

”He left us alone in the studio and allowed us to morph into anything we could be. If we’d gone to another label, we would’ve gotten lost in the shuffle.”

In October 2007, James and the original Shondells reunited in a New Jersey studio to record once again. The band recorded an album, entitled – ”I Love Christmas.”

In 2008, the group was voted into the Michigan Rock and Roll Legends Hall of Fame.

In February 2018, he became the host of a weekly radio program called ”Gettin Together with Tommy James” on Sirius XM Radio channel 60s on 6.

Tommy James was married to his wife, Lynda.

Lynda passed away in 2022 “after a long illness,” the American musician announced on his Twitter.

Tommy has a son, Brian.

Tommy was inducted into the New Jersey Hall of Fame in the Performing Arts.

In March 1970, drugs almost killed Tommy when he collapsed (during a concert), and was pronounced dead. Fortunately, James survived and decided to take a break from the recording studio.

In 1969, Tommy and his band were asked to appear at the legendary Woodstock concert. James turned it down and later said that it was most likely the biggest mistake he ever made.

James replied to his secretary who called him:

“Did I hear you right? Did you say would I leave paradise, fly 6,000 miles, and play a pig farm? Is that what you just asked me? Well, I’ll tell you what, if I’m not there, start without us, will you please?”

To date, more than 300 musicians have recorded versions of Tommy’s music.

When asked if he ever had a chance to meet Elvis, Tommy replied:

”I talked to him, but never met him officially. I was in Nashville with Scotty Moore and D. J. Fontana in 1971 doing an album.”

”Elvis was going to come over from Memphis to Nashville and we were going to have steaks out somewhere, but he called the studio and said he couldn’t make it.”

James earned most of his wealth by selling his albums and selling tickets to his concerts. During his career, James and his group released nine platinum albums and sold more than 102 million records worldwide.

Tommy appeared on late-night infomercials selling collections of music from the Woodstock era for Time-Life.

Therefore, American musician Tommy James has an estimated net worth of $8 million.

READ THIS NEXT: Biography of Lord Sear