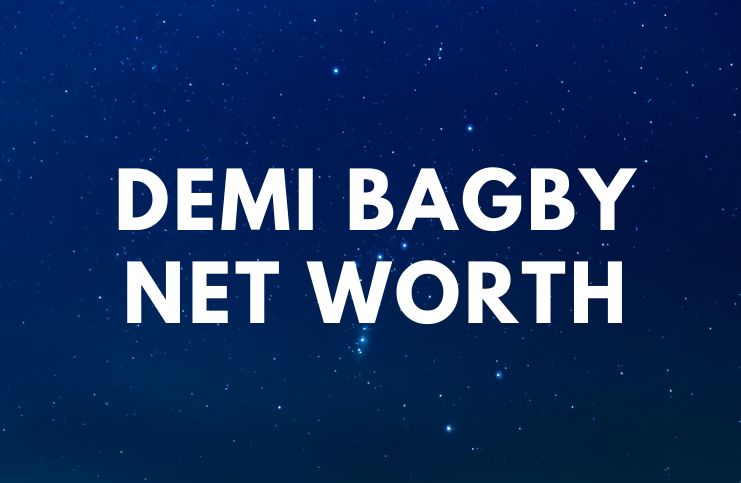 Demi Bagby is an American Instagram celebrity, YouTuber, bodybuilder, and CrossFit athlete, who became a social media phenomenon. Her Instagram account has more than 2.3 million followers.

She is known for posting extreme workouts which include headstands, back handsprings, and flips, in areas both outside and inside a gym setting.

While growing up, Demi was a part of the cheerleading squad as well as she played soccer.

At age 14, Bagby suffered an accident in which she broke her back. As a result, Demi was left paralyzed for about 3 months.

In addition, Demi was told she was never going to walk again.

But, while Bagby was in a vegetative state, she saw videos of people doing CrossFit (a branded fitness regimen created by Greg Glassman) and calisthenics (exercises that don’t rely on anything but a person’s own body weight). Therefore, she decided that if she was ever able to walk again she must do physical exercises daily.

”Two years ago I broke my lower back severely injuring myself. I was very close to having serious permanent back problems or even becoming paralyzed.”

At age 15, Bagby started street workouts and calisthenics. She said:

”Once I started to walk again, and I was able to start training for the first time, I was dedicated, and I had a passion to keep being healthy and fit all the time, and learn new things.’”

Eventually, she went on to become a champion in the field of CrossFit athletics.

In 2016, Babgy was ranked 23rd in the world among CrossFit training athletes of her age group.

In 2019, she was a nominee for Best Health & Wellness Influencer in the Shorty Awards – annual awards show that honors the best of social media by recognizing the organizations, brands, and influencers on Instagram, TikTok, YouTube, Facebook, and Twitter.

In March 2018, Demi posted a video with Kevin Hart on Instagram.

Note – Kevin Hart is an American comedian and actor who has received many awards in his career, such as the People’s Choice Award, Teen Choice Award, and BET Award.

His album ”Kevin Hart: What Now?” was nominated for the Grammy Award in the Best Comedy Album category. In 2004, Kevin played himself on the television show The Big House. Kevin’s role models include comedians Eddie Murphy, Dave Chappelle, Chris Rock, and Bill Cosby.

Demi has an average weight of 45 kg.

There is no information about Demi Bagby’s boyfriend.

”Don’t be afraid to push the loose boundaries known as the impossible.”

”I like to work on explosive movements to build my strength/power.”

”There are so many ways that it can go wrong, but in your head, there can only be one way, and it’s all the way!”

”Strive to be the best version of you. You are limitless. You are truly capable of anything your mind can conceive.”

READ MORE: Who is Jeanette Lee?

Demi has an older sister as well as two older brothers, one of which is Devon Bagby.

Note – Devon Bagby is an American actor who provided voice-over work for the animated film ”Puss and Boots” in 2011. Devon also landed small roles in series like CSI: NY and Ironside. However, he is best known for his role as Conor Donovan on the TV series – ”Ray Donovan.”

Chris Heria dubbed Demi the ”world’s toughest teen” in a YouTube video that was shared on the THENX calisthenics’ channel.

Note – Chris Heria is the founder of The Miami Trainer, the Calisthenics Academy, and the fitness program ThenX, a workout routine involving weights and calisthenics.

In 2019, Demi signed a partnership with Nutrabolt, the world’s largest independent sports nutrition company and creator of XTEND, the world’s no. 1 BCAA recovery brand, and C4, America’s no. 1 pre-workout brand.

“We couldn’t be more excited about our partnership with Demi.”

”With her explosive energy, on-the-go lifestyle, positive fitness message, and incredible attitude, she’s a perfect fit for our brands. Demi embodies the ‘Energy to Perform’ tagline of our carbonated C4.”

Demi said of the partnership with Nutrabolt:

“I’m always living life to the fullest, and now I’m excited to partner with C4 and XTEND to do it with even more energy!”

READ THIS NEXT: Who is Massy Arias’ husband?