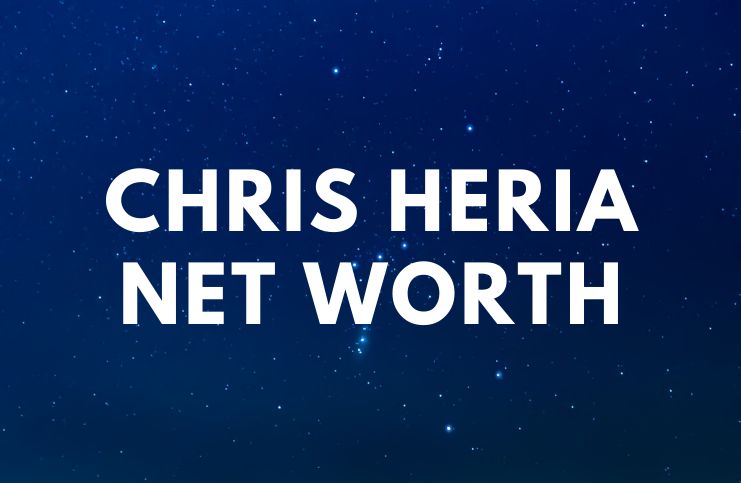 Heria founded The Miami Trainer, the Calisthenics Academy, and co-founded Calisthenics Evolution Institute. Chris is also the CEO and founder of the fitness program ThenX, a workout routine that involves weights and calisthenics.

Calisthenics is a physical exercise system with the body weight itself. The origin of the term “calisthenics” comes from the ancient Greek word – ”Kallos,” that means “beauty” and the word ”sthenos,” that means “strength.”

Some of the basic examples of physical movements that are used by calisthenics enthusiasts are:

Tip – if you want to do calisthenics, you must be well prepared for your body’s necessary adaptation to pain.

Chris has taught at various seminars and workshops and has internationally competed as a bar athlete.

He has also represented the US in the Street Workout World Championship. Note – street workout is a physical activity that is performed mostly in outdoor public facilities or parks.

He created his YouTube channel – ”OFFICIALTHENX” in February of 2013. It has earned more than 5.49 million subscribers and has more than 336 million views.

He then created his second YouTube channel, titled – ”CHRIS HERIA,” with more than 99 million views and over 1.93 million subscribers.

His second most popular video is named – ”A WHOLE DAY OF EATING + WORKOUT .” The video has more than 2.8 million views, and it was published on October 11, 2018.

Heria has several tattoos on his body. For instance, on his knuckles, he has a scrip tattoo that says – “redefine this mess.” In addition, on his left hand, there is a portrait of a woman and an ornament above her.

On Chris’s left shoulder, there is an asymmetric structure with portraits next and under it. His right hand has an Albert Einstein tattoo as well as a seascape with a sea monster beneath it.

In the middle of Heria’s neck, there is an ornament and a flower tattoo next to it. Furthermore, on his chest, there is an inscription that says “I will be heard” and three faces looking in different directions.

His carbs include a variety of legumes and vegetables:

The proteins in his menu include:

When Heria is done eating his main meals, he will typically have a snack, such as:

In a YouTube video, Chris explained his training into 3 different scenarios:

There is no information whether Chris Heria is married or not.

His son Zen was born in 2011. Zen has an Instagram account, ”zenheria,” which is moderated by Chris.

”My relationship with my son is amazing. Now he’s what drives me to accomplish my goals and go hard every day.”

”I learned about the power of the universe and universal energy and how you can literally will things into existence and I slowly have manifested my desires into my life by doing so and I continue to do so.”

”If I was trying to or still are trying to murder someone I don’t think I’d be so busy making youtube videos, online programs, and running and opening multiple gyms.”

During an October 21, 2018 YouTube video, Chris implies that Austin Dunham copied what he does and/or says by watching Chris’ videos. Austin Dunham is a fitness enthusiast who started to learn about calisthenics while enrolled in ROTC at the age of 18.

Chris traveled the world to compete in street workout competitions. In his words:

”I have traveled to places like Russia, Norway, and Finland to compete in street workout Championships and hold workshops.”

He was charged with aggravated battery with a deadly weapon on November 23, 2012.

Heria earns most of his money by being an athlete that practices calisthenics. Christ is sponsored by BarStazz, an innovative exercise movement that is using bodyweight exercises and calisthenics to make exercise effective and fun.

Additionally, he has two YouTube channels that have more than 435 million views (about $1 million in revenue, before taxes). Also, Chris has a website (chrisheria.com/collections) on which he sells merch. Therefore, Chris Heria has an estimated net worth of $7.2 million.

READ THIS NEXT: Antron Brown Net Worth