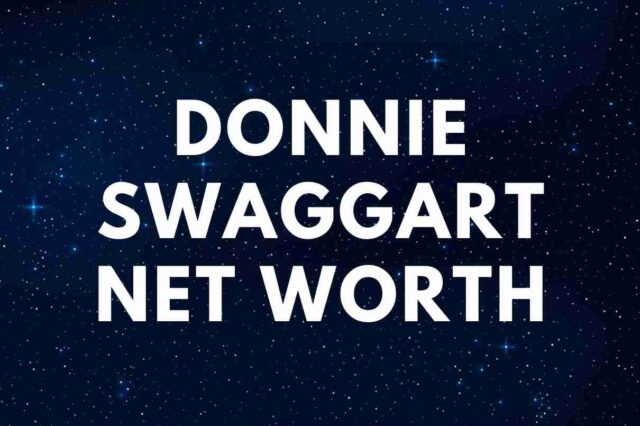 As the only child of Jimmy Swaggart, the shamed televangelist mogul, Donnie Swaggart had a large burden on his shoulders when his father “took a break” from leading Jimmy Swaggart Ministries and the Family Worship Center Church.

Between running an evangelist empire, traveling the world, raising a big family, and acting as co-pastor at the Family Worship Center—Donnie Swaggart has a lot on his plate.

As the only child of evangelist Jimmy Swaggart and his wife Frances, Donnie was named after his father’s late brother—who had passed away as a baby.

Donnie Swaggart married his wife Debbie, and the couple had three children together: Gabriel, Matthew, and Jennifer.

Gabriel, their eldest son, heads the youth ministry of the church alongside his wife, Jill.

The pair have three daughters: Samantha, Abby, and Caroline Frances, after Gabriel’s mother.

Matthew, the middle son, lives in Oklahoma with his wife Joanna and children Ryder, Navy, and Lola.

Matthew is separate from his father’s ministry, choosing to pursue a career in photography and graphic art.

Jennifer—Donnie and Debbie’s daughter—graduated with a Masters in Education and lives in Georgia with her husband Cliff and their children Harper and Harrison.

As a father to three and a grandfather to eight, there’s one other member of the Swaggart family that deserves a special mention.

Boudreaux, Donnie’s faithful bulldog companion, was an important part of the Swaggart home for over a decade until his passing in June 2015.

Donnie wrote of his faithful friend’s passing: “Boudreaux was my friend and companion for 10 years.

He brought sunshine and happiness to me and all who knew him. He will be greatly missed. Boo, I love you.”

Donnie is often touted as having a dynamic, charismatic presence as a pastor and evangelist.

He travels the world on a regular basis to serve his ministry, and also acts as co-pastor to his local Baton Rouge church.

The vivacious pastor’s goal is to bring the message of God to those who have been bored with cold and overly rigid religious practice.

Through his ministry, his travel, and his own congregation, it is his mission to bring new vigor and energy to religion.

He is also popular for his speaking engagements at his father’s twice-annual Camp Meetings.

Although home for Donnie and his family will always be Baton Rouge, Louisiana—where Donnie was born and raised—he has traveled to many countries, including:

A Family of Controversy

As the son of Jimmy Swaggart, Donnie is no stranger to drama.

His father was tied up in scandal twice for soliciting a prostitute.

The second time, instead of delivering a tearful confession to his congregation and family—which he had done the first time he was caught with photographic evidence of his extra-marital indiscretions—he took a different path.

In front of his congregation at the Family Worship Center, a belligerent Jimmy said: “The Lord told me it’s flat none of your business.”

Donnie moved in, saving the awkward moment by explaining that his father was taking a step back from heading the family ministry to heal.

After handling his father’s scandals with such grace, it was a surprise to see Donnie courting controversy of his own in 2014.

On the Texas talk show Frances and Friends, Donnie claimed that the LGBTQ movement wants to ”destroy Christianity.”

American pastor Donnie Swaggart has an estimated net worth of $1 million.

Want to see Donnie Swaggart in action? Check out his blog for his interpretation of environmentalism, elections, and capitalism.

READ THIS NEXT: Who is Thomas J. Henry?