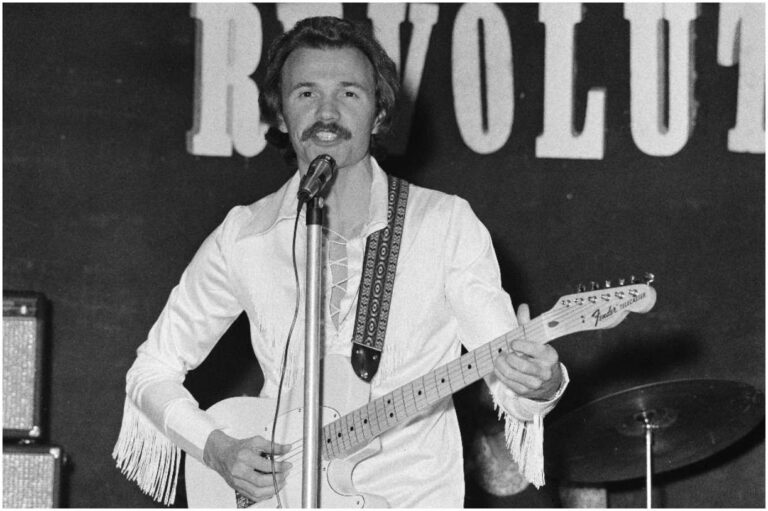 David Gates (birth name – David Ashworth Gates) is an American producer, vocalist, keyboardist, and songwriter, who fronted the band ”Bread” in the 70s.

He was born on December 11, 1940, in Tulsa, Oklahoma, the USA to a piano teacher and a band director.

By the time Gates enrolled in Tulsa’s Will Rogers High School, he became proficient in guitar, bass, violin, and piano.

During high school, David formed his first band, named – ”The Accents,” with other high school musicians. In 1957, they released the 45 “Jo-Baby”/”Lovin’ at Night” on Robbins record label. During a concert in 1957, the band backed Chuck Berry, one of the pioneers of rock and roll music.

After high school, David made a deal with his dad – ”he had two years to make something of himself in the music business, or he had to return to his studies as a music major at the University of Oklahoma.”

In 1965, Gates released a single under the name of “The Manchesters” on the Vee-Jay label.

The band signed with Elektra, an American record label that is owned by Warner Music Group.

In the follow-up year, the group released – ”Baby I’m-a Want You” and ”Guitar Man.”

The band broke up in 1973. The reason, according to David:

“We just couldn’t write anything that was worthy of the ‘Bread’ name, so instead of tarnishing our reputation, I felt it was time to call it a day.”

On May 19, 1973, ”Bread” performed their last concert at the Salt Palace in Salt Lake City, Utah.

In 1976, they briefly re-formed to record ”Lost Without Your Love.”

While touring with ”Bread,” David purchased a 1,400-acre cattle ranch.

During an interview, David confessed:

”That was in the mid-80s. Things had sort of dwindled off, where I was living in LA.”

Gates went on to say:

”I began to pull away from the business a little bit in the mid-80s and then decided, when my kids were pretty much grown and gone, I moved up here full-time in 1987.”

”So I’ve been up here seven years, living year-round. And I like the seasons – they’re kind of nice.”

In 1994, David released another album, titled – ”Love Is Always Seventeen.” It was his first new album in 13 years.

In 1996, Knechtel, Botts, Griffin, and David reunited ”Bread” for a “25th Anniversary” tour of Asia, Europe, South Africa, and the US.

The couple has four children.

”I’d hate to be a new artist today – it’s very difficult. It would be better if we just had a radio which was divided between classical, jazz, r’n’b and pop.”

”Nine out of ten times my gut instincts are right.”

“Sometimes it’s better to be grateful and stay the heck out of the limelight when your best work is behind you.”

“People always associate me with the ballads and pretty things, but I did quite a lot of rhythm’n’blues and rock stuff early in my career.”

“We’re a huge country, yet we don’t have the spectrum of choice in music that other countries enjoy.”

In 1968, David scored his first motion picture, named – ”Journey to Shiloh.” The film is based on a novel by Will Henry.

A few of his songs have been recorded by artists such as Boy George and Julio Iglesias.

He composed and/or arranged songs for:

”Bread” was inducted into the Vocal Group Hall of Fame.

In 2014, Helter Skelter Publishing issued the biography of his band named – ”Bread: A Sweet Surrender.”

Gates earned most of his wealth from his music. Some of his best-known songs as a solo artist include – Take Me Now, Never Let Her Go, Clouds, and Goodbye Girl.

The best hits of his band are – Everything I Own, Aubrey, Guitar Man, If, Make It With You, and It Don’t Matter To Me. Therefore, David Gates has an estimated net worth of $3.3 million.