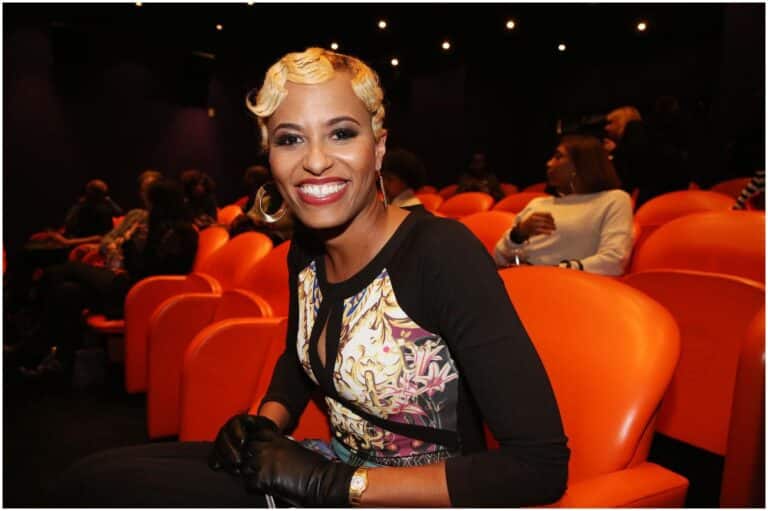 Dr. Rachael Ross (birth name – Rachael L. Ross) is an American board-certified Family Medicine physician, YouTuber, and sexologist, who is best known as being part of the TV show – The Doctors. She is also the founder of The Dr. Rachael Institute.

Rachael is the daughter of Dr. David Ross and Ruthie Ross. She said about her childhood:

”Growing up as a child, my dad was like the town doctor.”

”We lived in a small town, Gary, Indiana.”

She earned her Ph.D. from the American Academy of Clinical Sexologists and her M.D. from Meharry Medical College.

The Doctors is a syndicated talk show that debuted on September 8, 2008.

She appeared on the show for 3 seasons as the approachable Family Physician. In 2016, she left The Doctors.

Note – a 2014 study that was published in the British Medical Journal advised that the public should be doubtful about the suggestions and advices that are made on The Doctors television show.

The book covers everything except actual intercourse, and describes an enjoyable and safer method to please your partner.

Shirley Cooper commented about her book:

”I blushed while reading it.”

”So my husband and I read it aloud, and we have changed how we do things.”

Rachael has a daughter named Rebekkah Story Ross. After the birth of her daughter, she wrote on her Instagram account:

”She came in with her right fist in the air, through a natural birth without any pain medication….it was tough, but I’m glad I did it that way.”

“She is perfect in every way, she has a ravenous appetite, and ironically she has large feet lol. Her name is Rebekkah Story Ross. We call her Story.”

While she was pregnant, Dr. Ross designed her daughter’s room around lyrics from the Black American National Anthem, a song written as a poem by author James Weldon Johnson. She said:

“It’s a song that keeps us in touch with our heritage; the lyrics are words that brought us through slavery and the Civil Rights era.”

Dr. Ross went on to say:

”I want her to know that, and to dream big.”

The name of her baby’s father was not revealed to the public. Also, there are no mentions regarding the name of Dr. Rachael Ross’s husband.

“HIV prevention has been the center of my existence before I was legal to drink.”

”In a long term relationship, sex can be a little like going to the gym. Some people can’t wait to get there, and others would rather stay at home.”

”It is important that everyone understands that pretty much what you’re eating every day is going to be the thing that dictates your overall health.”

During an interview with blackdoctor.org, she explained the proper way to speak to teenagers and children about sexuality:

“It’s healthy to speak honestly to kids. By the time they are nine they’ve felt a tingle ‘down there,’ so if you are honest with them about it and they understand what’s going on, they might not rush to have that tingle tickled by someone else.”

“They should know not to let adults and older children touch them or talk about sex with them.”

During an interview she was asked about how often does she encourages her patients to get an HIV test. The American physician responded:

”I actually encourage patients, at least once a year – and these are recommendations based on the CDC and the U.S. Preventive Services Task Force – that everyone between the ages of 13 and 65 to be tested for HIV.”

“The patients that I encourage to get tested more than once a year, are the ones who are engaged in what some may call risky sexual behavior.”

Ross earned most of her wealth from working as a board-certified Family Medicine physician. Rachael also earned some money from appearing on The Doctors as well as from selling her book. Therefore, Dr. Rachael Ross has an estimated net worth of $2.1 million.