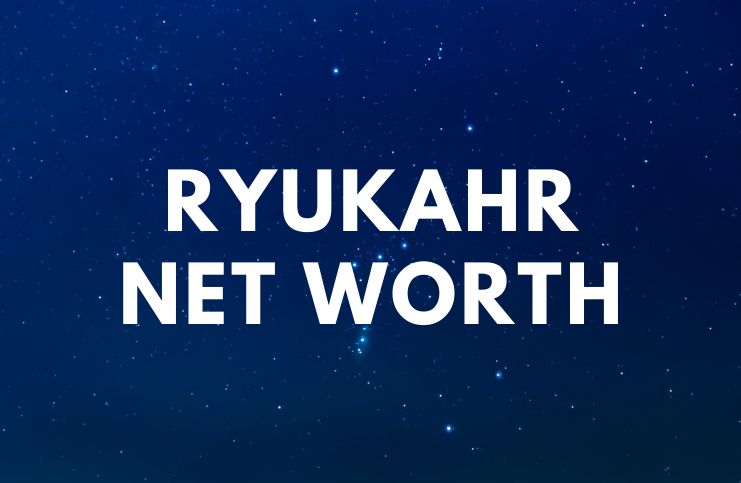 Ryukahr is an American Twitch live streamer, musician, YouTuber, and gamer, who is best known for his gameplay content that he uploads on his YouTube channel.

There is no information regarding his family, studies, or his real name.

His first YouTube videos were piano covers of compositions from video games such as:

The most popular video on the channel is named – ”Worst Dashie Level Ever [0.00% Clear Rate].” The video has over 3 million views and it was uploaded on November 27, 2016.

His Twitch channel has more than 123,000 followers and over 1.6 million total views. More importantly, he has over 4,800 subscribers.

”I shouldn’t be allowed to play with fire.”

”Thanks for having me, it was awesome!”

”This last episode has my brain in overdrive, I want to try so many weird things now.”

”I specialize in embarrassing myself for your pleasure.”

”Endless is boring – no objective, the high streaks were fun for about a week, now they’re meaningless.”

He has two cats, named Hector and Korra.

He is acquainted with Z Gaming Guy, a Super Mario gamer who has a YouTube channel with more than 75,000 subscribers. He gained fame for uploading videos with his own maps using Super Mario Maker.

He earns most of his wealth from streaming on Twitch. On the platform, a streamer can receive money from many sources, including:

Ads – Twitch ads work in a similar way to YouTube ads, meaning that they are paid on a CPM basis. Every streamer who managed to gain a Twitch partnership can turn on the advertising block.

Donations  – these are tips that a streamer receives from his viewers. Also, the streamer can keep all the money, minus any associated PayPal or credit card processing fees.

Subscribers – they pay a monthly fee of $4.99 to a chosen streaming channel (a viewer can subscribe to as many Twitch channels that he wants) in exchange for a few features. About half of this payment goes to the streamer, while the other part goes to Twitch.

Affiliate – Twitch partners and affiliates have the option to make money from game sales.

Sponsors – similarly to YouTubers, a Twitch streamer can be sponsored by a company.

Ryukahr also earns money from ads on his YouTube channel. Earning on this popular platform depends on many factors, like – video length, viewers’ location, and time of the year.

According to the data, June, October, November, and December are the months with the highest CPM. So, his 206 million views on YouTube earned him around $412,000 in revenue. In addition, Ryukahr makes some money from selling merch on ryukahr.myshopify.com. Therefore, Ryukahr has an estimated net worth of $0.5 million.

READ THIS NEXT: Etika’s Life