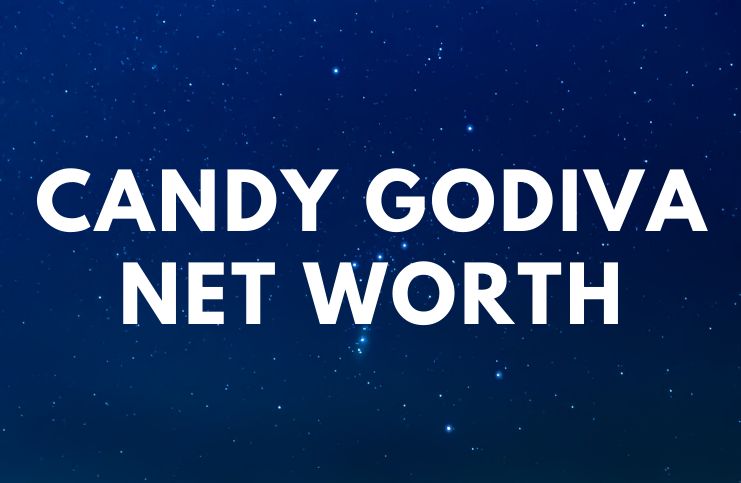 Candy Godiva is an American YouTuber who is best known for uploading mukbang videos on her YouTube channel, named – ”Hungry Fatchick.”

She specifically said about her channel:

”This is an eating channel, not a weight loss channel, get it straight.”

There is no information regarding Godiva’s studies and family.

Candy started her YouTube channel on December 6, 2010. The channel has more than 159,000 subscribers and over 28 million views.

”Eating on camera is something I enjoy doing, so this channel will be devoted to mukbangs, and some vlogging.”

Note – mukbang is a portmanteau word that comes from ”muk-ja” for “eating” and bang-song for “broadcast.” Therefore, ”mukbang” means “eating broadcast.”

Her most popular video is titled – ”Jollibee Mukbang Eating Show.” This upload has more than 2.3 million views and it was published on October 15, 2017.

She wrote on the description:

”I wanted to try a few different things so I got the Jollibee chickenjoy, the Jollibee spaghetti, the palabok, pineapple juice, and halo halo.”

The second most popular video on the channel is named – ”Massive Italian Feast Mukbang.” The video was released on May 4, 2019, and it has over 2.1 million views.

”Tomorrow is my birthday, and cheat day on my diet. I can’t seem to decide what to eat.”

”I knew I wasn’t doing right. Counting calories on MyFitnessPal doesn’t seem to be working great for me.”

”I’ve decided to stop taking ibuprofen. It’s the last medication that I’m on for anything. I quit my hypothyroidism meds a few weeks ago, and I feel fine.”

”It’s my cheat day, and Popeye’s fried chicken is on the way.”

”Earplugs for sleeping, why didn’t I think of doing this sooner? Best sleep I’ve had in months.”

She is a big fan of ”Black Sails,” a historical adventure TV series set on New Providence Island. It was created by Robert Levine and Jonathan E. Steinberg for Starz. On July 20, 2016, Starz announced that Black Sails’ 4th season would be its last.

”A big thank you to the folks who suggested I watch Black Sails. I’m enjoying it very much.”

She has a cat, named Sillhuette.

In May 2017, she had Nikocado Avocado join her on one of her videos.

Note – Nikocado Avocado is a mukbang YouTuber who has a channel with more than 1.76 million subscribers.

In May 2019, Candy has hospitalized due to an infection. She tweeted:

”In the hospital due to an infection. Be back soon.”

”That which does not kill us makes us stronger.”

Godiva earns most of her wealth from sponsors and advertisements on her YouTube channel. Revenues on YouTube are influenced by several factors, like – video length, viewer country, audience retention, or month of the year. Her 28 million views earned her around $56,000. Therefore, Candy Godiva has an estimated net worth of $0.1 million.