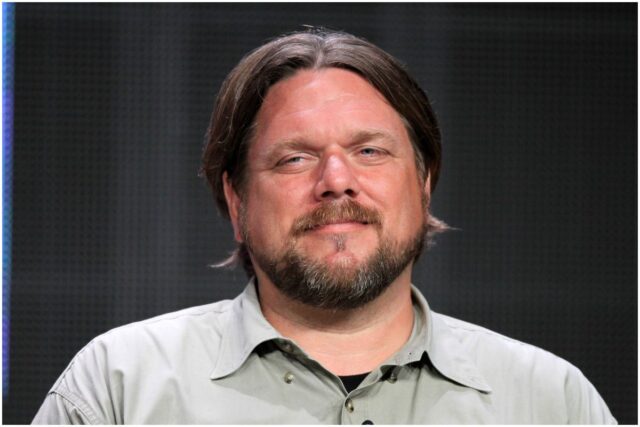 Matt Moneymaker is best known as the star of the Animal Planet series ”Finding Bigfoot.”

Matt also leads the Bigfoot Field Researchers Organization (BFRO), a network of people who claim to have seen Bigfoot, also known as Sasquatch.

Matt is the son of the prominent LA Bankruptcy attorney Richard “Rich” Moneymaker.

Moneymaker is a second cousin to Mia Talerico, an American actress who starred in ”Mani” and ”Good Luck Charlie.”

He is the second cousin of Chris Moneymaker, a poker player who won the Main Event at the 2003 World Series of Poker.

Around age 11, Matt became interested in documentaries about Sasquatch.

In 1992, Moneymaker graduated with a BA in English Literature from the University of California at LA.

In 1995, Moneymaker founded Bigfoot Field Researchers Organization, an organization that seeks to resolve the mystery surrounding Bigfoot — an ape-like creature that is said to inhabit North America’s forests.

In 1996, Matt graduated Juris Doctorate at the University of Akron School of Law studying Copyright Law. In the same year, Matt was featured in the documentary ”Sightings.”

Matt claims to have seen Bigfoot in the woods of eastern Ohio. ”It was 2 o’clock in the morning, and the moon was a quarter full,” he told National Geographic. Matt added: ”Suddenly, there he was, an eight-foot-tall creature, standing 15 feet away, growling at me. He wanted to let me know I was in the wrong place.”

Other cast members are:

In 2019, Moneymaker was a guest on ”The Late Show with Stephen Colbert.”

In 2020, Matt appeared on ”JD vs. Bigfoot the Ozark Outhouse Paradox.”

In 2021, he was featured in the TV Series documentary – ”The UnXplained.”

”No human will ever be attacked by them [Bigfoots] unless the human attacks first.”

”When you encounter a Bigfoot, your reaction should be a joy rather than shock. They do not attack humans.”

”When people in the U.K. ask if bigfoots could be there or in Ireland, I tell them that they would have heard about local sightings for years.”

”Bigfoots are related to Gigantopithecus. They scare people, but they are not dangerous.”

Moneymaker worked at the Ventura County, California Pt. Hueneme Navy Base as a webmaster for the Naval Surface Warfare Center.

Matt also starred in ”Finding Bigfoot” on Animal Planet (a pay television channel owned by Discovery, Inc.). Moneymaker’s salary on the TV series was not disclosed to the public; however, the average annual salary for Discovery Channel employees is around $83,000.

Therefore, Matt Moneymaker has an estimated net worth of $2 million.

READ THIS NEXT: Who is Dave Kindig?