Who are the most famous female skateboarders?

It’s incredible to think that a wood board with four wheels on it would become a global sports sensation, a sensible mode of transportation, and a means of professional income for countless people.

That’s probably oversimplifying the complexities of what skateboarding actually is, but for this list of women, skateboarding has become an integral part of their life and their skill at it, their claim to fame. 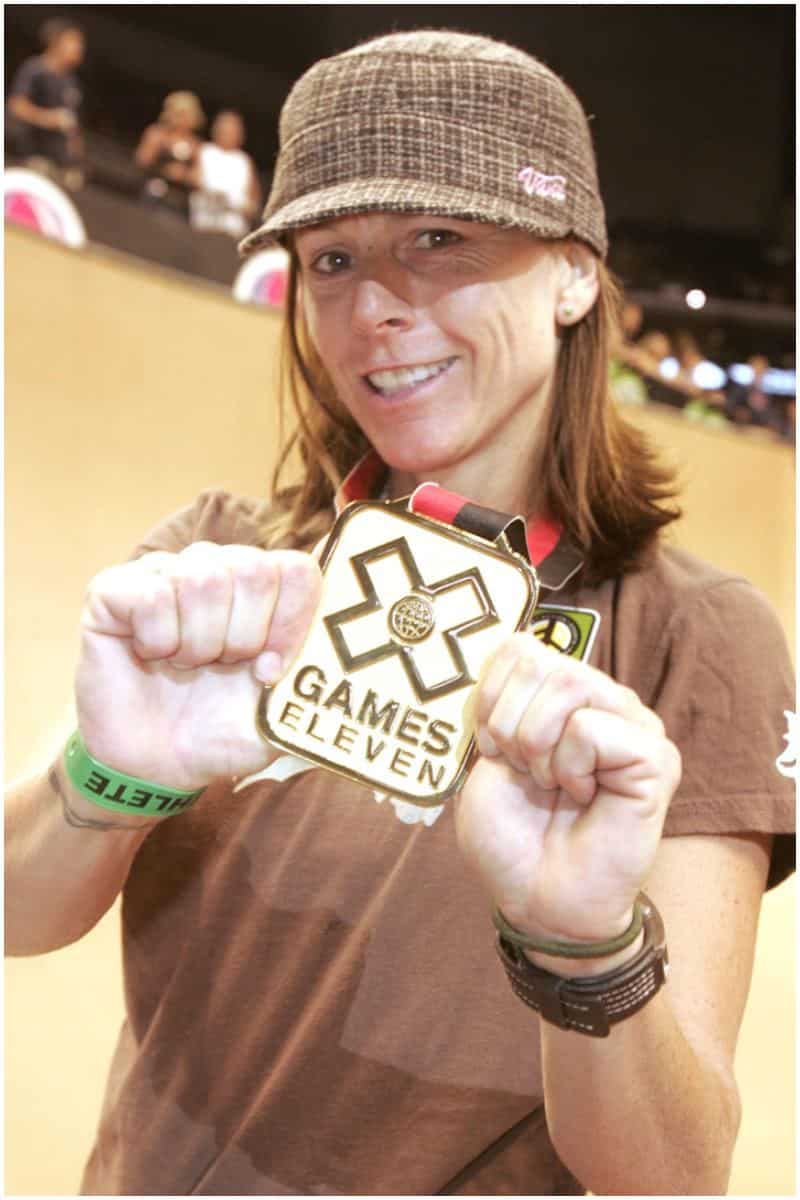 Born July 23, 1971, Cara-Beth Burnside or CB is one of the top female skaters in the world and one of the more influential female skaters as well. She has built up for herself quite the resume of achievements in the sporting world.

CB has won over 16 different competitions.

Patti McGee is considered to be the first female professional skateboarder.

Born in 1965, she is one of the more interesting characters to have rolled into the spotlight of sports ever since skateboarding had its first surge of popularity during the late 1950s and 1960s.

McGee proved to everyone that skateboarding was not going to be a male-only sport.

To prove that she wouldn’t be left out of this national sensation, she and her friends literally jerry-rigged roller skates to the bottom of 2×4 pieces of wood and rode them down roads and hills. 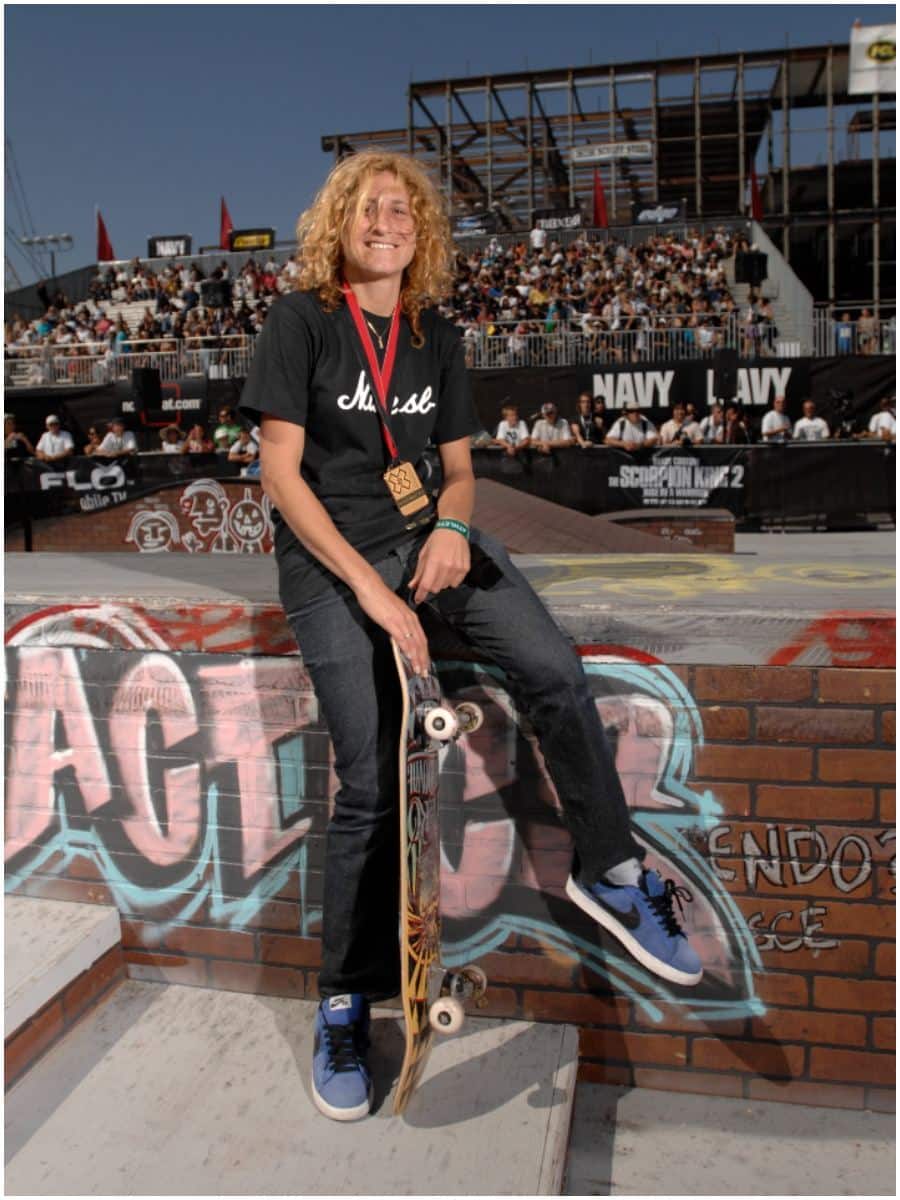 Born July 31, 1975, Elissa Steamer is a professional skateboarder that made her way into several of the earlier Tony Hawk’s Pro Skater video games as a playable character.

Steamer has been sponsored by many companies that have wanted her to ride their skateboards in public, and during all of the competitions, she has competed in.

She has taken 1st place in the majority of competitions she has entered. 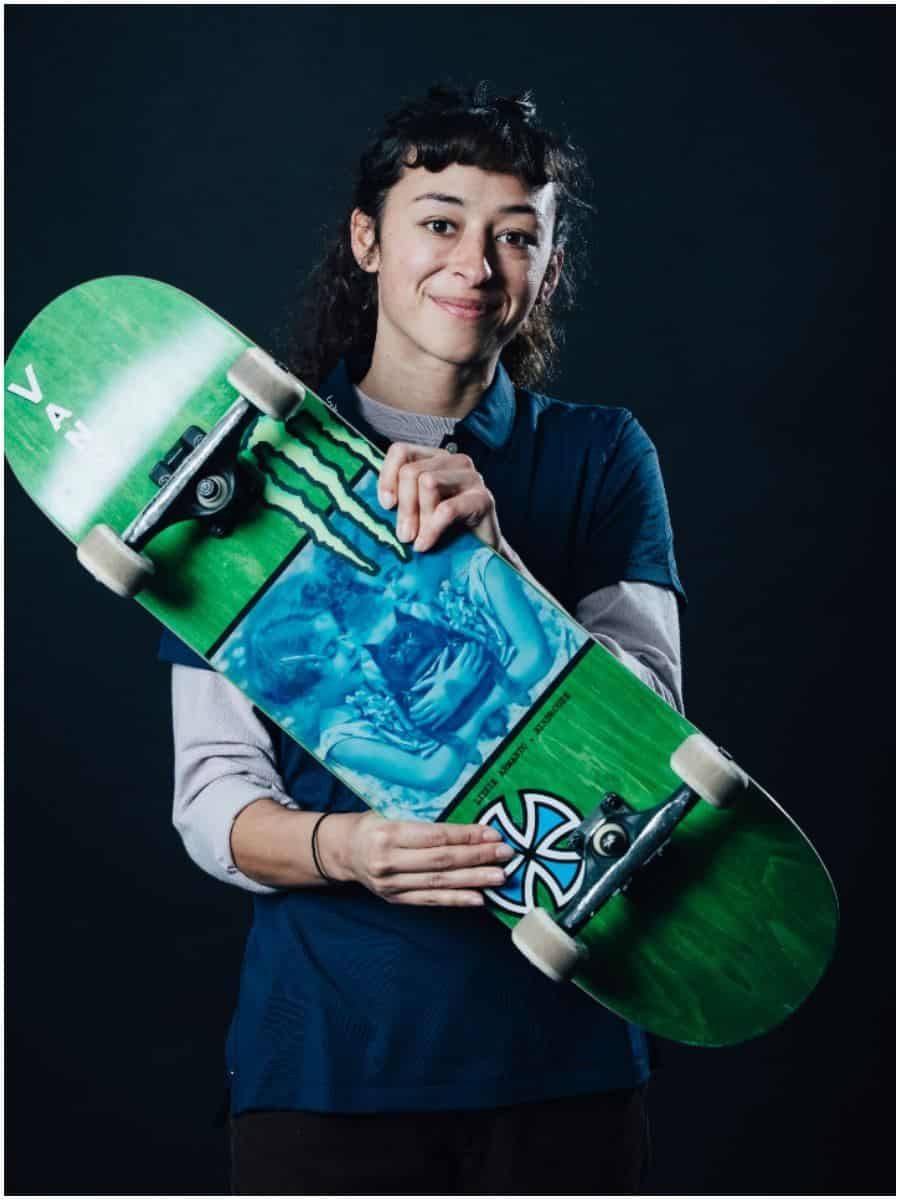 Lizzie was born on January 26, 1993. She found her passion for skateboarding when she was only 14 years old.

Ever since then, she has only fallen in love with the sport and made herself to be an influential figure for women skateboarders everywhere.

Armanto landed for sure fame in the skating circles when she became the first woman to successfully land Tony Hawk’s legendary 360 loop. She has earned over 30 awards during her skating career. 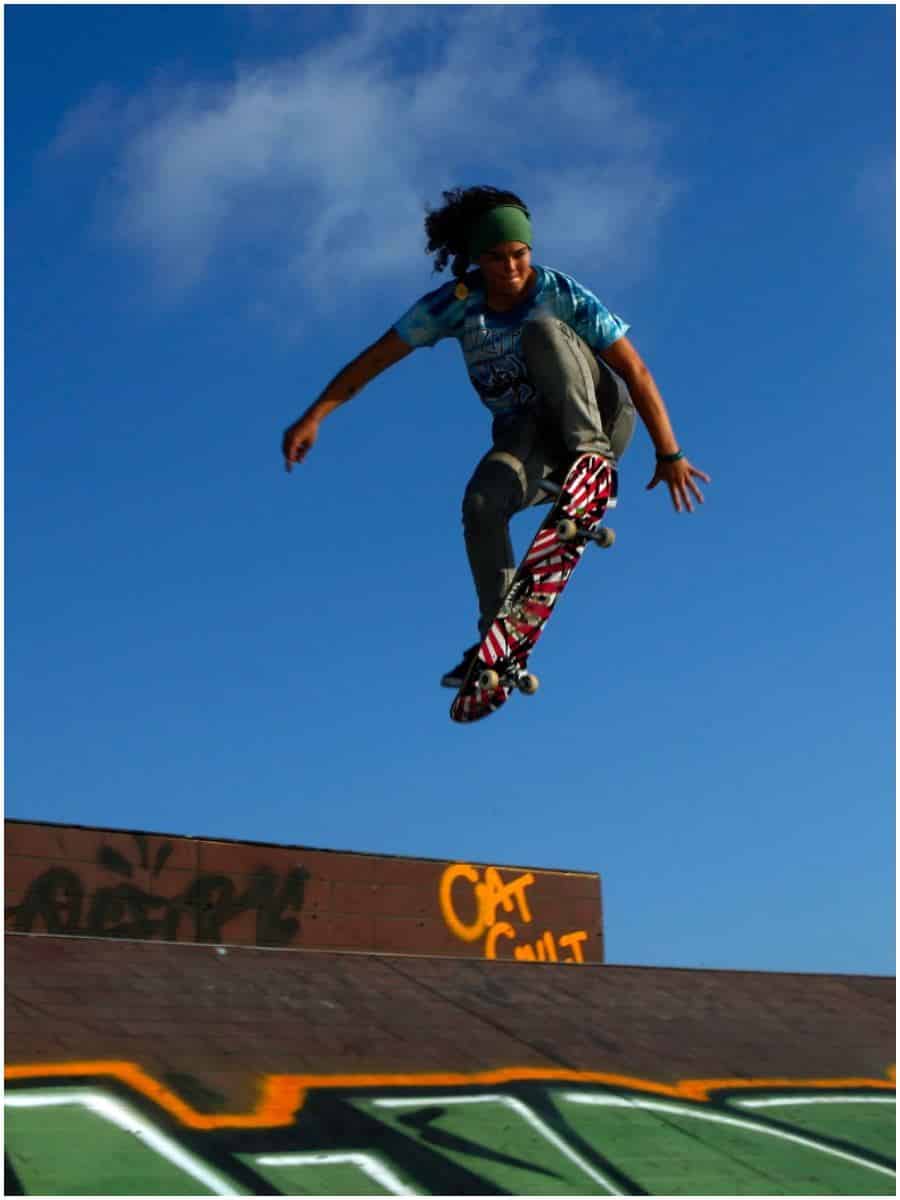 Amy Caron was born on November 2, 1984. She fell in love with skateboarding at the young age of 12 years old and has been hooked ever since.

She has competed in multiple skating competitions and has received bronze medals three times at the X Games.

Her skating career goes beyond the board, however, as she is the co-founder of Bigfoot Skateboard Magazine. 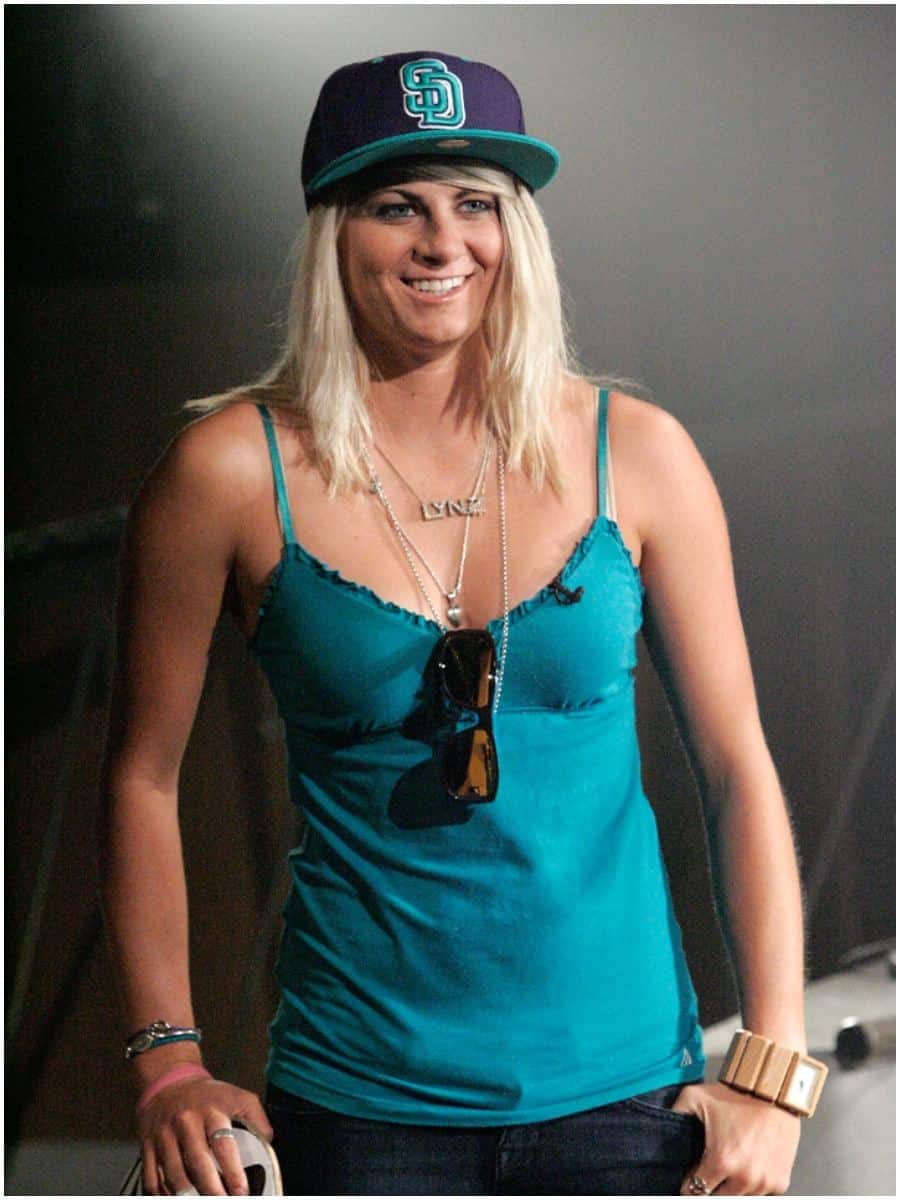 Lyndsey Adams Hawkins was born September 21, 1989, and is a professional actor that goes by her nickname Lyn-Z. She was a very athletic child as she got into surfing and skating when she was only six years old.

Although she is famous for her skateboarding skills, she has always enjoyed playing other sports as well. Hawkins has won several medals, three of which are gold medals.

She is a forerunner for female skateboarders everywhere and is well-known due to the recognition she has received for being the first woman to land a 540 McTwist.

This particular 540 McTwist landing was done publicly at the Quicksilver Tony Hawk Show on November 21, 2009, in Paris, France.

Hawkins takes time to customize the grip tape of her skateboard decks to bear the letters RIP, in memory of her father, who had passed away in 2003. 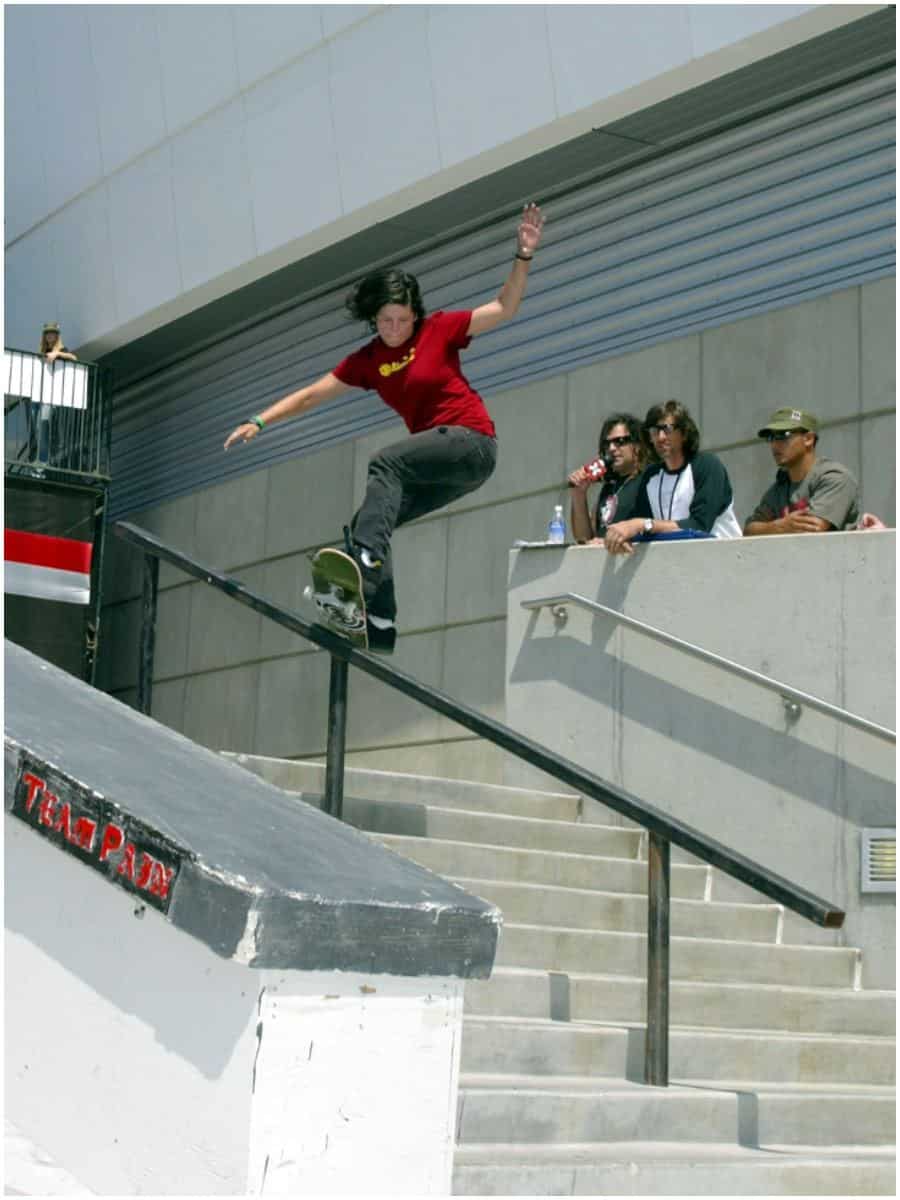 Born on July 17, 1986, Vanessa Torres is another famous skateboarder who is also sponsored by Meow skateboards.

Her real claim to fame, however, is that she was the first woman to win a gold medal at the X Games.

It was the first women-featured X Games Street event, the next year, she placed second and received a silver medal.

Torres is the third woman skateboarder to have an appearance in a Tony Hawk skating video game.

She is a playable character in Tony Hawk’s Proving Ground. 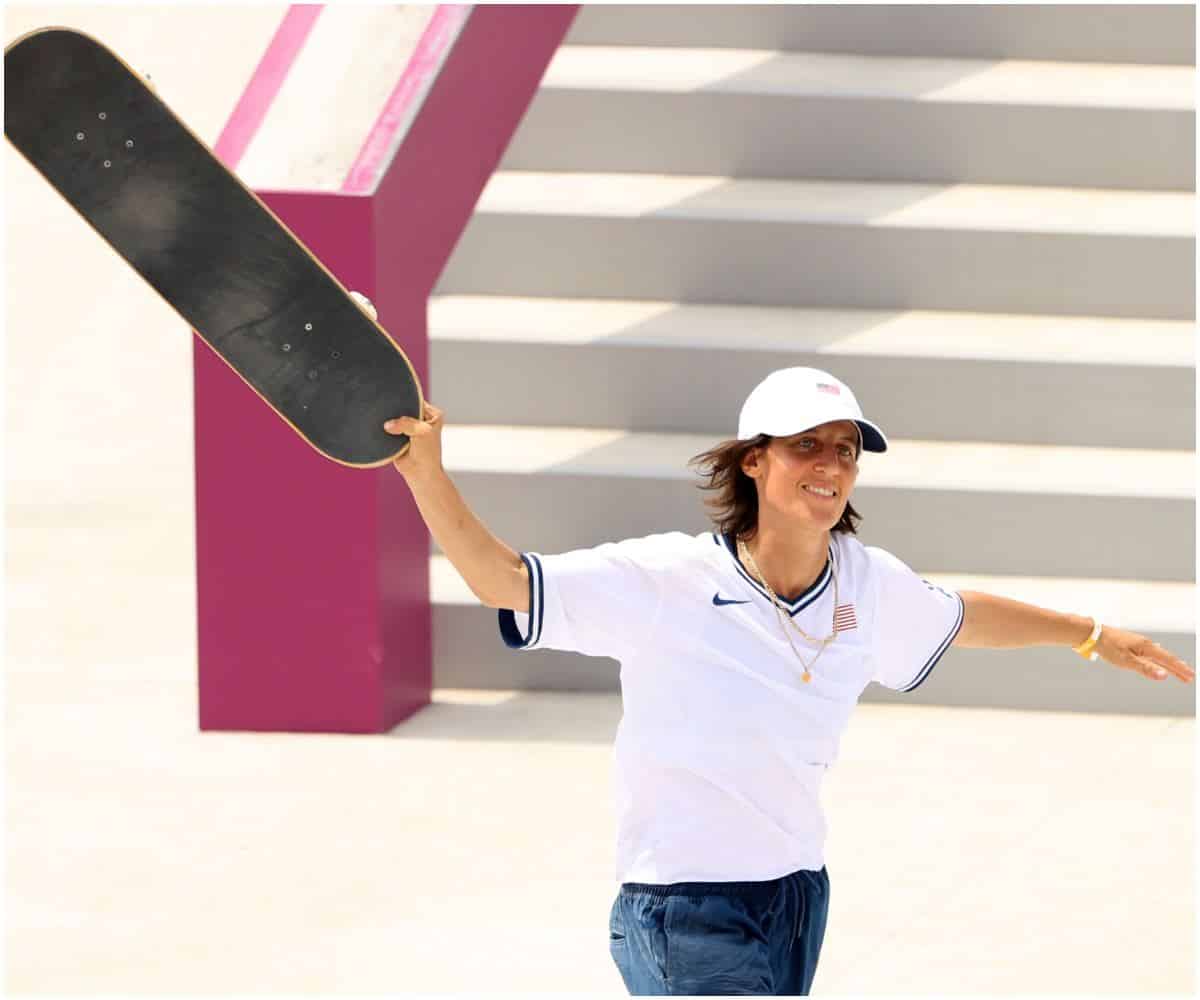 Born August 12, 1986, Alexis Sablone is a goofy-footed skateboarder. As of July 2021, Sablone ranked the No.12 skateboarder in the world.

She has proven herself persistent in her pursuit of improving her skills as she has competed in the world’s best skating competitions every year since 2009.

In 2020, she had the privilege to compete in the Tokyo Olympics where she placed 4th in the women’s street final.

Although she has dedicated a good portion of her life to skateboarding, Sablone also has a Master’s Degree in Architecture from MIT. 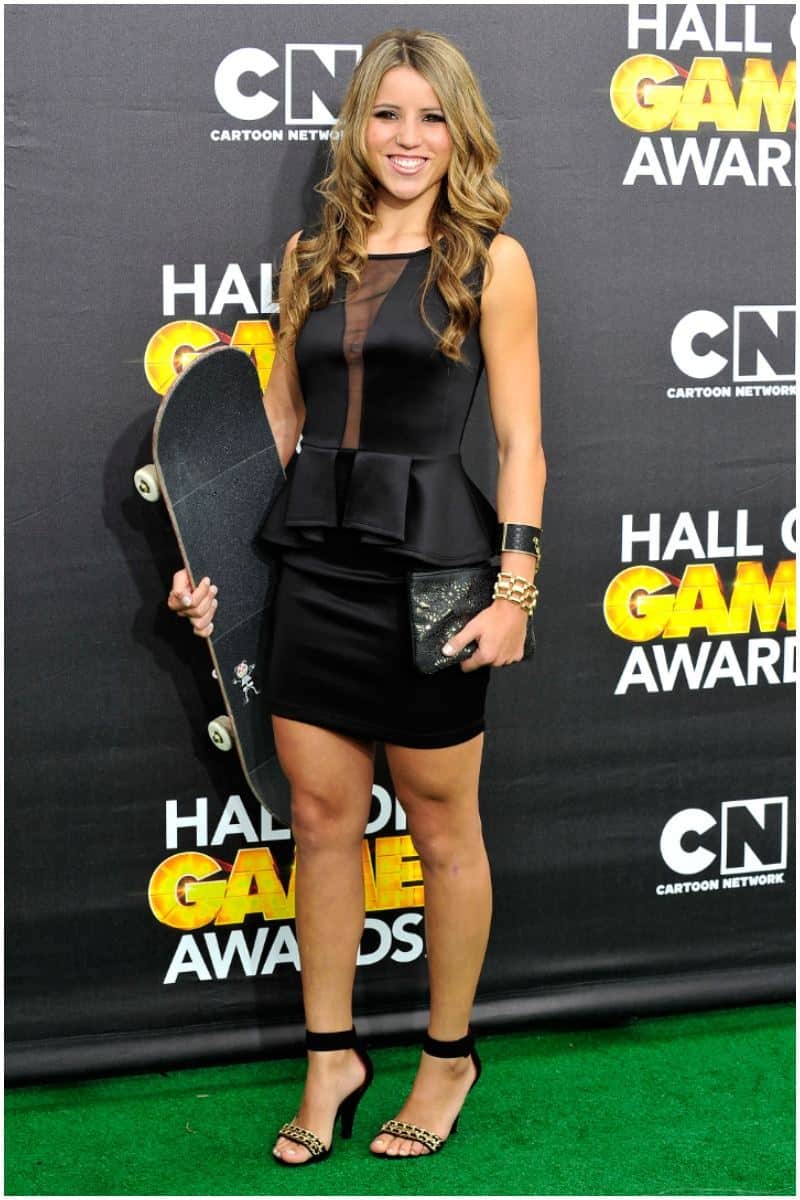 Leticia Bufoni has got to be one of the most recognizable people in the skateboarding world.

She was born on April 13, 1993. Originally from Sao Paulo, she now lives in Hollywood, where she has multiple sponsorship deals.

Bufoni is sponsored by Red Bull, GoPro, Nike SB, Beats by Dre, and a few more.

Bufoni has earned the respect and admiration of skateboarders everywhere with her 11 X Games Medals, 6 of which are gold medals.

She has competed in over 20 X Games competitions.

READ THIS NEXT: Who is Ron Duguay?