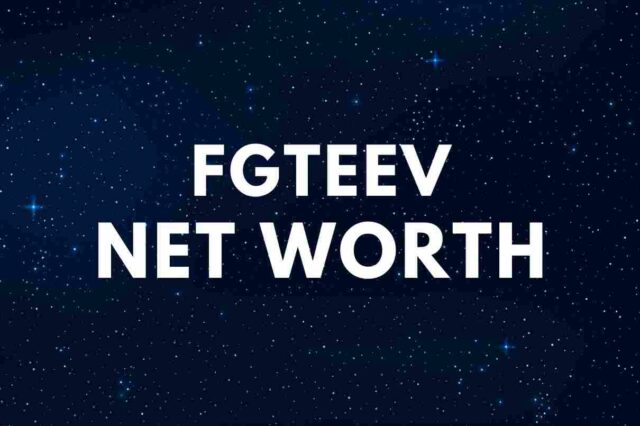 FGTeeV is one of the top YouTube gaming channels in the world—with more than 20.1 million subscribers.

It’s run by a family of 6 who share the ins and outs of their daily lives, including gaming commentary, travel videos, kids’ parties, and more. As if a family of 6 isn’t already busy enough, they post new videos consistently every week.

Here’s what we know about the FGTeeV family who racks up—on average—11 million video views a day!

FGTeeV is the brainchild of Vincent Carter—a father of 4, husband, and all-round family guy and gamer.

Carter was born on October 29, 1974, to Tom and Jody. He also has two sisters—Heidi and Elyssa—who went on to launch their own YouTube channel called the ‘Funkee Bunch.’

Carter—who is known to FGTeeV fans as Duddy—is married to Samantha. Samantha, who was born on July 7, 1979, is usually referred to as Moomy on the channel’s videos.

The couple, who are devout Christians, started their family not long after their wedding and welcomed their first child—a daughter named Alexis—on July 24, 2006.

Alexis—who is known as Lexi, Lex, and Skylander Girl online—is the eldest of 4 kids for the couple.

Michael was born September 30, 2008, and is known as Skylander Boy online. Younger brother Chase was born October 1, 2011, and his fans know him as Lightcore Chase.

The baby of the family is Shawn—AKA. Shawn Funnel Vision or Skybaby—who was born November 17, 2015.

The Ryan-Carter family also has a couple of dogs that they consider part of their family—Oreo and Ollie.

The dogs are actually cousins since their moms are sisters.

Duddy founded the FGTeeV YouTube channel back in 2006 when the couple’s eldest child was just a baby.

He and his wife uploaded videos in those early days like Mom-versus-Dad, where they went head to head in games like Super Mario Bros.

They did commentary on Minecraft and other popular gaming titles and eventually moved into letting the kids rate and review popular toys.

Over the years, the family has stayed true to their roots, although one of the biggest drawcards for their fans are family playthrough videos for Among Us and Roblox.

Thanks to their consistency and high entertainment value, the family have gained a following of 25 million fans across their YouTube channels:

READ MORE: Who is Nardwuar’s wife?

Carter and his wife knew that in order to capitalize on their success, the family needed to diversify.

They branched out from YouTube, launching a line of FGTeeV branded toys in 2019. In the line’s first year, it sold more than 1.3 million items at Walmart and Target.

In 2020, the FGTeeV family celebrated the launch of their first graphic novel—Into the Game!

The book sold 300,000 a day, earning it a place on the New York Times bestseller list.

The family didn’t even stop there.

They created their own mobile game—Goozy—which reached #7 in the App Store for adventure games. In the game, players rescue the FGTeeV family from Dr. Jax.

As a result of the family’s entrepreneurial spirit and the parents’ drive for success, the FGTeeV brand was signed by Night Media.

A Spanner in the Works

In December 2020, following some issues with file storage and corrupted data, the family ended up with 32TB of corrupted files, missing files, misnamed files, and—essentially—they lost all their videos from the past “few years.”

Vincent was forced to break some awkward news to his family’s legion of fans.

He tweeted that there would only be a couple of videos uploaded to the channel—and possibly nothing new on any of the family’s channels—in the foreseeable future.

Carter, who admitted that he was “very OCD” about his data storage system, claimed he was hurting over the whole situation.

This family made most of their wealth from selling merch, sponsors, and ads on YouTube.

On YouTube, FGTeeV has over 21 billion views, meaning about $60 million in revenue before taxes.

Therefore, FGTeeV has an estimated net worth of $50 million.

READ THIS NEXT: Who is Larry Potterfield?