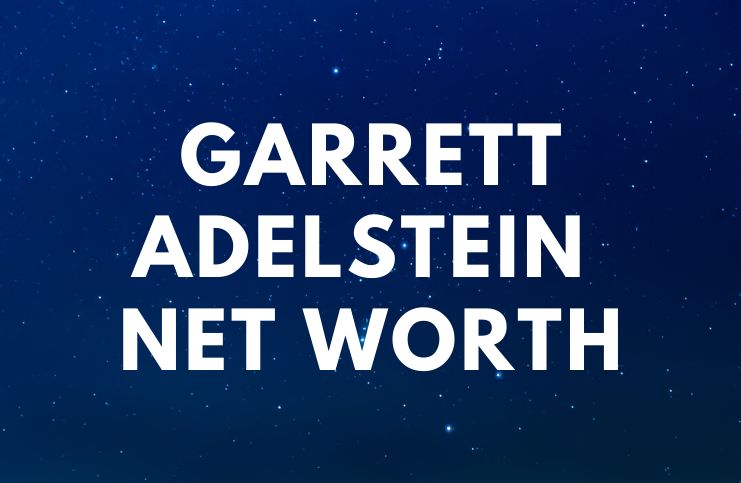 Garrett Adelstein, nicknamed Gman, is an American professional poker player and a former participant in the Survivor: Cagayan television series in 2013.

He went to college at The University of Arizona in Tucson, Arizona.

In 2008, Garrett won $48,000 after earning a 24th-place finish in the PokerStars Caribbean Adventure Main Event.

In 2013, Garrett appeared on Survivor: Cagayan, the 28th season of the competitive reality TV series Survivor. It featured 18 players who were divided into three tribes – Solana (Beauty), Luzon (Brains), and Aparri (Brawn).

The competitive reality TV series took place in a province in the Philippines, Cagayan.

Garrett was a member of the “Brains.”

Adelstein said that he has spent over 2,000 hours training for the contest. He said: ”I did everything.” Garrett went on to say: ”I spent three hours a day running, swimming, lifting weights or doing yoga.”

He was the second player voted off.

Adelstein said to UPROXX about his elimination from Survivor: Cagayan: ”There were several decisions I made, strategically, that are somewhere between “marginal” and just clearly “poor.” Garrett later added: ”I’m just embarrassed that I worked so hard for something, only to see it kinda go disastrously wrong.”

Garrett said to Carter Matt about the competition reality series: ”I certainly didn’t have the best tribal council.” Adelstein continued: ”All the tribal councils I watched leading up to the show, I never imagined that I would perform so poorly in a tribal.”

On May 23, 2016, he attended the Survivor edition of The Price Is Right primetime special.

In 2017, Garrett began appearing frequently on live poker shows including the reboot of Poker After Dark (an hour-long poker TV program which aired on NBC) as well as on Live at the Bike hosted in The Bicycle Hotel & Casino in California.

”Please don’t be that guy that waits until it’s your action to look at your holecards.”

”Stop trying so hard to sound like a pro at the poker table.”

”Pros who are impressed with themselves because they play a card game very well are misguided.”

”I’ve always had a love affair with the movies.”

”Grateful for all my loved ones. For my life.”

”Outdoor exercise in the sun is an incredible mood enhancer amongst many other benefits.”

He was compared with Jean-Robert Bellande, an American professional poker player and a contestant on Survivor: China as a member of the Fei Long Tribe.

Adelstein holds the record for having the earliest elimination in Survivor while in possession of a Hidden Immunity Idol.

He is the earliest person to find a Hidden Immunity Idol, a special type of immunity idol.

Other famous people in the world of poker are Molly Bloom, Doug Polk, and Lex Veldhuis.

Until 2014, Garrett was a coach at Phil Galfond’s poker academy Run It Once. He also plays on live cash games. Therefore, Garrett Adelstein has an estimated net worth of $0.7 million.

READ THIS NEXT: Who is John Romero?