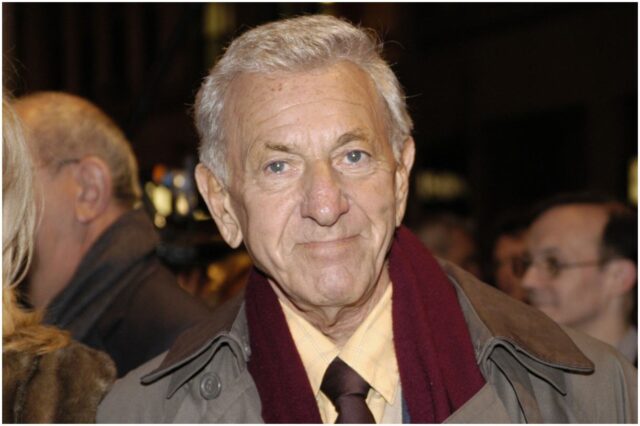 What was Jack Klugman’s net worth at the time of his death?

Jack Klugman was an American actor who is best known for the role of Oscar Madison on The Odd Couple, a TV series that was based on Neil Simon’s play of the same name.

His mother made hats in her kitchen at nights to try to supplement their financial income to buy clothing and food for her six children. Klugman’s father worked as a house painter and died at a very young age.

In 1948, Jack graduated from the Carnegie Institute of Technology (currently known as Carnegie Mellon University).

In 1950, Klugman had a role in Mr. Roberts’ road company at the Colonial Theatre in Boston.

In 1952, Jack made his Broadway debut in Clifford Odets’s Golden Boy with John Garfield and Lee J Cobb.

In 1954, Jack appeared on the soap opera “The Greatest Gift.”

In 1960, Klugman was nominated for Broadway’s Tony Award as Best Supporting or Featured Actor for “Gypsy.”

In this show, Jack played Oscar Madison, a divorced sportswriter who shares his apartment with a photographer who is also recently divorced – Felix Unger. The series aired from 1970 to 1975.

During an interview, Jack said about his role in The Odd Couple:

”When I was offered The Odd Couple TV series alongside Tony, I couldn’t refuse, even though I knew he’d done the play opposite Mickey Rooney and had originally wanted him for the role.”

Jack won his 2nd and 3rd Primetime Emmy Awards and a Golden Globe Award for his work on The Odd Couple.

After the TV series ended its run in 1975, Jack said the last thing on his mind was doing another TV series.

However, in 1976, he returned to television in Quincy, M.E., an American medical mystery-drama TV series from Universal Studios. It was inspired by the book titled – ”Where Death Delights” by Marshall Houts, a former FBI agent. Jack was nominated for four Primetime Emmy Awards for his work on the Quincy, M.E.

In 1974, he was diagnosed with throat cancer. Throat cancer refers to cancerous tumors that develop in the tonsils, voice box (larynx), or throat (pharynx). This cancer left Jack’s voice harsh and gravelly.

Factors that can increase the risk of throat cancer include the following:

Jack said that he was an avid smoker.

“I saw John Garfield smoke. He was my idol, so I smoked. I even smoked like him.”

After Jack underwent surgery in 1989 to remove a tumor from his larynx, the actor lost his ability to speak. He said:

“I couldn’t even swallow: I had to lay on my side. I lived alone, could barely whisper. I cut off everybody.”

Following surgery for throat cancer, he slowly regained his voice with the help of a vocal coach.

In 2005, Jack co-starred in the comedy film When Do We Eat?, an American comedy film that was directed by Salvador Litvak.

Klugman died on December 24, 2012, at his home in Northridge, California, with his wife, Peggy, by his side.

“He had a great life and he enjoyed every moment of it and he would encourage others to do the same.”

Jack was the last surviving member of the cast that played the jury in the movie “12 Angry Men.”

Klugman passed away on the same day as Charles Durning, an American actor, with appearances in more than 200 television shows, movies, and plays.

Charles’s best-known films include the following:

They were married for more than five decades, however, they lived together for 21 of them. In 1974, they separated but remained married until 2007, when Brett died.

Jack and Brett Somers have two children – Adam and David.

On August 31, 2005, he published the memoir ”Tony and Me: A Story of Friendship.” In the book, Jack provides the ultimate insider’s view of his relationship with Tony Randall, which went well beyond what the public saw in the TV series – ”The Odd Couple.”

In 2008, Klugman sued NBC Television due to missing profits from his show Quincy M.E.

Following his first audition, he was told he was better suited to be a truck driver.

Jack considered Henry Fonda to be the greatest actor he ever worked with.

Fonda was the patriarch of a family of famous actresses and actors, including:

In the 1980s, Jack lent his name to a popcorn franchise that was titled – “Jack’s Corn Crib.”

Klugman earned most of his wealth from appearing in 101 movies and TV series, including The Odd Couple, Quincy M.E., One of My Wives Is Missing, The Underground Man, When Do We Eat?, The Carol Burnett Show, and The Bold Ones: The New Doctors.

Therefore, at the time of his death, American actor Jack Klugman had an estimated net worth of $2 million.

READ THIS NEXT: Slim Pickens Net Worth

8 thoughts on “Jack Klugman Net Worth | Wife, Movies, Cause of Death”