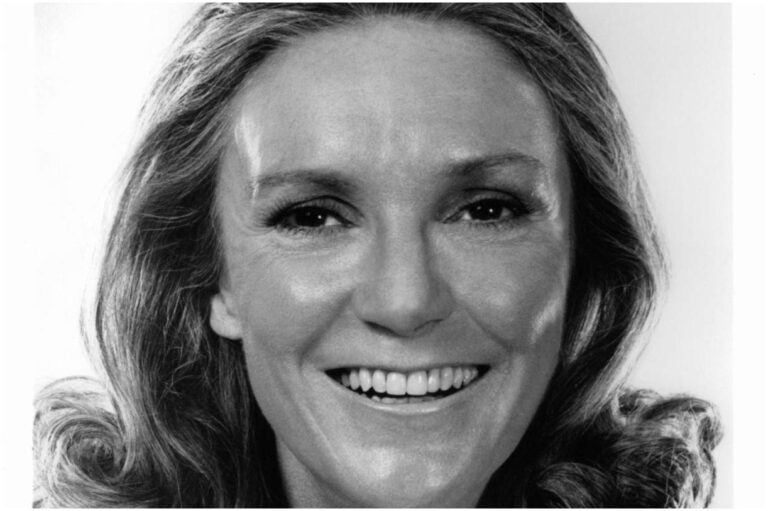 Brett Somers, born as Audrey Dawn Johnston, was a Canadian-American actress, singer, and game-show personality, who was best known for playing the recurring role of Blanche Madison on the TV show ”The Odd Couple” and for appearing as a panelist on the CBS game show titled ”Match Game.”

She was born as Audrey Dawn Johnston, on July 11, 1924, in Saint John, New Brunswick, Canada. She grew up in Portland, Maine.

When she reached 18, Somers decided to move to New York City to pursue a career in acting.

Her Broadway debut was in the play ”Maybe Tuesday.” It was a comedy in three acts and seven scenes. The show was a flop and closed after just 5 performances.

Somers changed her first name to Brett after the lead female character in The Sun Also Rises, a 1957 film adaptation of the Ernest Hemingway novel of the same name and directed by Henry King.

In 1965, she made her big-screen debut with roles in the dramas ”A Rage to Live” and ”Bus Riley’s Back in Town.”

In the 1970s, she became well known as a regular on TV’s “The Match Game,” in which Somers traded barbs with her close friend Charles Nelson Reilly.

Asked once to describe ”Match Game,” she said:

“You’d get six people who are not smart, don’t know what they’re doing, put them on a panel, and find two contestants off the street, and ask them dopey questions.”

In 2002, Brett appeared with Betty White and Charles Nelson Reilly as part of a Match Game reunion on the CBS program The Early Show.

In 2003, she wrote and starred in the one-woman cabaret show ”An Evening with Brett Somers.”

She said about this show:

“It never occurred to me in a million years that I’d be doing a cabaret show. I was standing backstage, and I thought, ‘You’re an older person.”

”You should be lying down somewhere in a nice cool bed watching TV!’ And I went out there, and I just had a great time.”

Brett’s biggest project in television is the ABC situation comedy, The Odd Couple, where she starred alongside her real-life husband. Brett said during an interview:

”You know, when it was done originally, they always had to fight to keep it going at the end of each season. Now, The Odd Couple has become part of our language and culture.”

Her first husband was Robert Klein. The couple had a daughter, Leslie, who died in 2003 due to cancer.

In 1953, Brett Somers married Jack Klugman. He died at the age of 90 in Woodland Hills, Los Angeles, California, from prostate cancer on December 24, 2012.

The couple has two sons – Adam and David.

Reports have it that the couple separated in 1974 but remained legally married until the time the actress passed away. Actually, California records show the couple officially divorced in 1977.

But, in a 2003 interview with the TheaterMania website, Brett said:

“We haven’t lived together for — God, I don’t know how many years. But neither of us will ever get married again.”

”Jack is a man who never should have been married, but he’s very dear and I love him.”

Brett was diagnosed with cancer in 2004 and after several years of battling with the illness, Somers died at her home in Westport, Connecticut on September 15, 2007. She was 83.

Her younger son, Adam, shared the cause of her death as colon and stomach cancer.

Following her death, Somers was cremated and her ashes were interred at Memorial Garden at the Unitarian Church in Westport, Connecticut.

“She died very much at peace.”

“She maintained her independence till the end, and her irreverence.”

After her death, GSN ran a Match Game marathon in Somers’ honor. The marathon was followed by the Match Game documentary ”The Real Match Game Story: Behind the Blank.”

Brett made guest appearances on many television shows including:

She also made regular appearances in several early television shows such as:

Brett was friends with Fannie Flagg (an American actress who is best known as a semi-regular panelist on the 1973–82 versions of the game show Match Game) and Gene Rayburn.

”I had to give up martinis – I enjoyed them too much.”

”Am I sounding better or am I just getting used to my voice?”

”In fact, people have been very complimentary about my act and very tolerant of my singing ability.”

”You know, I’m a television personality. It’s not like I’m a famous hooker or something!”

”Anything that loosens you up and makes you freer is good, because that’s what acting and performing is all about – being free. It gives you a better connection to the audience.”

Somers earned most of her wealth by appearing in numerous movies and shows.

It is hard to calculate how much she earned, but, usually, some actors make deals for a smaller upfront flat fee but get part of the royalties if the movie continues to be played on TV, whereas some actors take a flat fee for the movie and nothing on the back end, which means no royalty payments. Therefore, calculating the inflation, Brett Somers had an estimated net worth of $1.7 million.

READ THIS NEXT: Who is David Joyner?

3 thoughts on “Brett Somers – Net Worth, Biography, Husband, Cause Of Death”