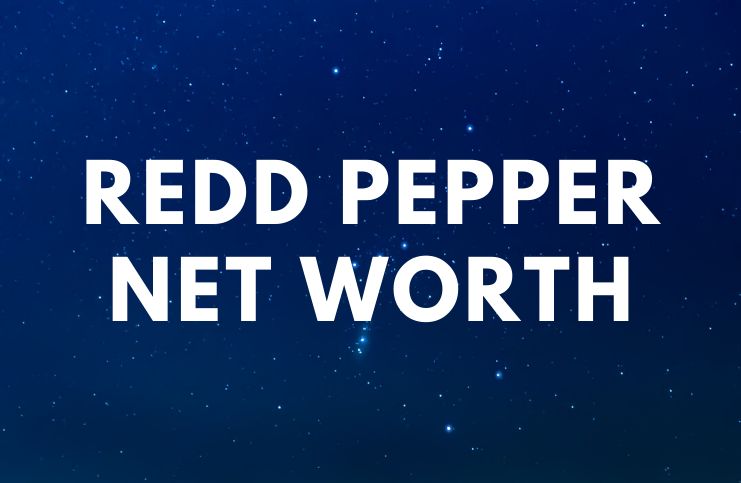 Redd Pepper (born – Richardson Green) is a video game voice actor and movie trailer voice-over artist best known for his work on the theatrical trailers for Boogie Nights, Men in Black, and The Blair Witch Project.

Redd moved to London, UK when he was young with his three brothers and six sisters.

Pepper first realized that his vocal cords were remarkable when his voice dropped at the age of 14. He said:

“All my buddies, they just thought I was putting it on but it was just the way that God gave it to me.”

After high school, Redd worked at a McDonald’s restaurant. He then spent about 6 months as a fireman and later got a job as a train driver on the London Underground.

“The way I got into being a voice artist was kind of strange. I used to drive trains on the London Underground.”

“One morning I was making my announcements, [and] a television executive was a passenger on my train. He got off at the next stop, ran up to my cab, we exchanged details, and the rest is history.”

His first movie trailer was for 1996’s Space Jam, an American live-action/animated family sports comedy film which was a box office success, opening at No. 1 in the North American box office. Also, the movie grossed more than $230 million worldwide.

Space Jam depicts a fictionalized account of what happened between Michael Jordan’s initial retirement from The National Basketball Association in 1993 and his comeback in 1995.

The film was directed by Joe Pytka, an American film, commercial, television, and music video director who holds the record for the most nominations for the Directors Guild of America Award for Outstanding Directing – Commercials.

Pepper came to prominence following his voice-over work for Independence Day and Armageddon.

In April 2017, Redd served as an announcer during Bradley Walsh’s week of hosting The Nightly Show.

’’My voice is my career, I wouldn’t know what to do if I wasn’t able to do voice-overs.’’

Pepper went on to say:

”It means I am covered if I am involved in an accident or if I am for any reason unable to use my vocal cords.”

There is no information about Redd Pepper’s wife or girlfriend.

“It’s interesting how celebrities act around me because I’m all gaga around them and they’re all gaga about me! But I’m just a regular guy with a great voice.”

“I got to be very careful when it comes to celebrities because they’ve got the power to sue my ass.”

In 2015, Peter ‘Rachel Adedeji’ Dickson announced that he had decided to quit The X Factor show. Peter wrote on his Twitter account:

“After the best 11 years with the X Factor, it’s time for me to check out and cut loose.”

Redd took his place on the show. But, at the end of 2015, Peter has declared that he will be returning to The X Factor.

Redd said there is a movie trailer (The Lost World: Jurassic Park UK) that he will always remember.

“A voice in my headphones said, ‘Wow, that’s a great voice!’ And I didn’t recognize it was Steven Spielberg.”

”He was listening in from the stage into London. I swore I said, ‘Who the **** is that?’ Everyone went crazy in the studio.”

He is a supporter of Aston Villa, an English football club.

During a 2014 interview, Redd said that he wants to feature in one of the ”Transformers” sci-fi movies.

His voice has been compared to that of Don Lafontaine.

Having appeared in an Edinburgh Festival production of Jeffrey Archer’s Prison Diaries, Redd is also a stage actor.

He has his own mobile app called, “The Redd Pepper Movie Trailer Maker.” Pepper has recorded several thousand phrases and words that have been added into the app. Using the app, the user can produce unique trailers and have them played back from his device.

Pepper earned most of his wealth from working as a voice actor in more than 100 movies. He is renowned for his work in the Armageddon, Boogie Nights, Independence Day, Men In Black, The Blair Witch Project, and Amistad.

How much does he earn for one movie? When Redd was asked if he missed being a Tube driver in London Underground, Redd responded: “Listen, I make £3,000 to £4,000 per movie trailer. What do you think?”

In addition, he has his own app and works as a stage actor. Therefore, Redd Pepper has an estimated net worth of $0.55 million.

READ THIS NEXT: Meghan Markle Net Worth