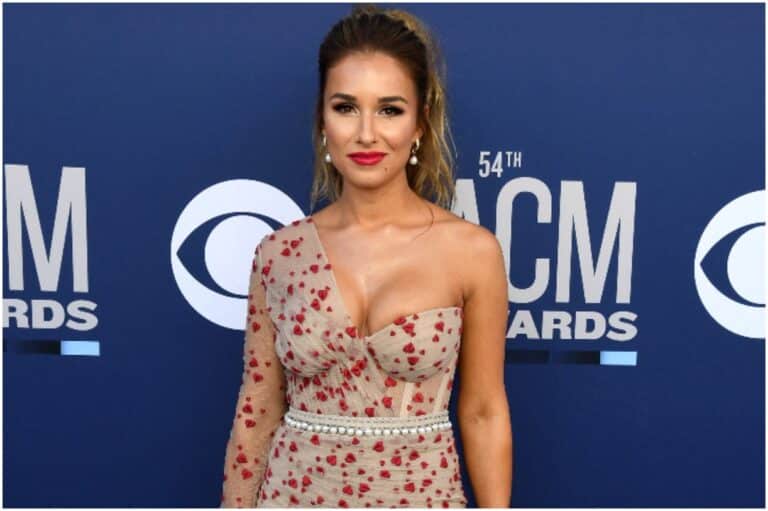 Her mother is a writer, businesswoman, and creator behind ”Leaving Louisiana,” a lifestyle blog where she writes on topics ranging from relationships to beauty, and more.

Jessie once said about her mother:

“My mom always told me that I could do whatever you want.”

Her stepfather, Steve Parker, served in the U.S. Air Force.

James started singing when she was 2 years old. She also began writing songs at an early age.

During her childhood, Jessies changed schools several times, which caused her to become anti-social.

At age 9, Decker won her first talent contest in Baker, Louisiana, singing “I Want to Be a Cowboy’s Sweetheart.”

At age 15, she began auditioning for a few top country labels, however, she failed every time to earn a contract.

At age 17, Jessie was introduced to Carla Wallace of Big Yellow Dog Music, an independent label that helped Jessie with her singing and songwriting.

At age 20, Decker signed her first record contract with Mercury Records, an American record label which is owned by Universal Music Group.

In 2009, James released her debut album, named – ”Jessie James.” The album was a fusion between pop music and country. The first single on the album is titled – “Wanted,” and peaked at number 40 on the Billboard Hot 100.

It was released in April 2009 and it was produced by Allan.

In 2019, it was rumored that she had signed with Warner Music Nashville.

The book is Decker’s guide to living life the way it works for her. The book contains pictures of Jessie from her childhood that were never-before-seen.

She wrote in the book introduction:

“The reason I decided to write this book is because my amazing fans frequently ask me how I do it all.”

In 2013, Jessie James Decker married Eric Decker, a former NFL professional wide receiver who was featured in a Sports Illustrated article in 2009. In the same year, Eric was drafted by the MLB’s Milwaukee Brewers.

Decker played both baseball and football at the University of Minnesota.

Eric signed with the New England Patriots in 2018. Decker totaled more than 1,000 yards and 10 touchdowns in 2 straight seasons with the Denver Broncos. In 2010, Eric was selected in the 3rd round of the NFL Draft by the Broncos.

She said about her husband:

“I’m constantly impressed by how much he can do. He’s such a great dad.”

Jessie and Eric run the Eric and Jessie Decker Foundation, that works with rescue animals, veterans, and service members.

In March 2014, they welcomed a daughter named Vivianne. After giving birth to her first child, James experienced postpartum depression.

In September 2015, the couple had their second child, a son named Eric II.

In March 2018, Eric and James welcomed their 3rd child, another son, named Forrest.

When asked if they have plans for another child, she responded:

“Probably not, but, you know, sometimes surprises happen and I think a child is a blessing no matter what it is.”

”I love doing my own hair and makeup. I feel like it gets me in the mood, in the zone, when I’m on the road.”

“I think if you’re a good person and spread happiness, good things will come to you!”

“I’m a big meat eater, I don’t feel fulfilled unless I have meat. I’ve always been a beef jerky kind of girl.”

“When I write my music, I want to know that when my kids listen to it that they’re gonna be proud.”

Jessie has listed as her musical influences the following singers:

In 2009, Decker performed with Kid Rock during a concert for U.S. troops in the Middle East.

In addition, the singer has a clothing line which is called Kittenish. The clothing line opened its first physical location in February 2019.

Moreover, James has a YouTube channel that currently has more than 64 million views (meaning about $130,000 in revenue). Therefore, Jessie James Decker has an estimated net worth of $3 million.

READ THIS NEXT: Who is Cody Johnson?