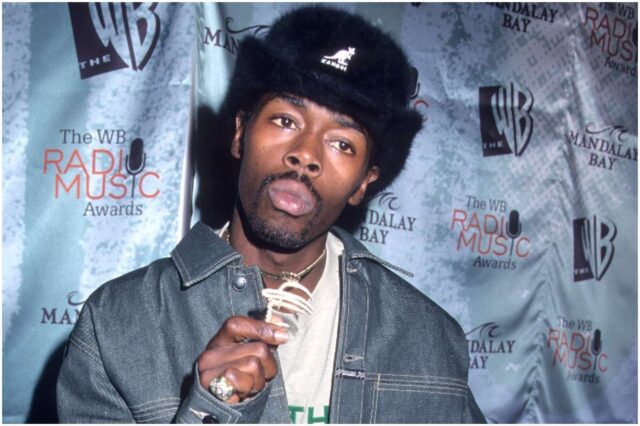 What is Rappin’ 4-Tay’s net worth?

Rappin’ 4-Tay, real name – Anthony Forté, is an American rapper who rose to fame after his collaborations with numerous of the most prominent rappers of the late 80s and early 90s, including Master P, Too Short, and Tupac Shakur.

Forté grew up in the Fillmore District of San Francisco, California.

He has a twin sister.

In 1998, Anthony was featured in the crime film titled – ”Winner Takes All,” which was written by Robert Hayes III. Other rappers like Cypress Hill’s B-Real appeared in the movie.

In the same year, Forté made his rapping debut with the release of his album – ”Too Short’s Life Is…”

Later, Anthony was convicted on drug charges. He served 10 months in prison.

In 1994, Anthony released another album, called – ”Don’t Fight the Feelin’.” The album included the following hits:

In 2003, he released the album entitled – ”Gangsta Gumbo.” It included the hit – “Burning, Burning.”

In 2007, Anthony released an album called – ”That’s What You Thought.”

In 2011, American rap artist and producer Playalitical and Anthony collaborated on a song – “Bounce It Like A Bad Check.”

In the follow-up year, he collaborated on the song titled – ”Picture A Nigga” with hip-hop artist Lil’ Gang$ta.

Robert Rueca, San Francisco Police Department spokesperson, declared that police responded to a call at 5:18 p.m. on May 10 of:

“someone trying to break into someone’s house on a unit block of Woodward Street.”

That individual was identified as Anthony. His bail was set at $112,000.

In 2017, he received Bay Area Legend title at the West Coast Hip Hop Awards in LA. He declared:

“I am honored to receive the Bay Area Legend Award. After all of the obstacles and bumps in the road, I feel like I am making some progress.”

Anthony went on to say:

”I’ve been going around the world representing the Bay Area for years, and I am proud to have been recognized as a Bay Area icon.”

Rappin’ 4-Tay is married to Nichole.

His daughter, Jasymne, is also a rapper who performed a duet “Me and My Daughter” during the “StreetLow Magazine” tour with Gangsta Gumbo and Anthony. She goes by the names “Jazzy” and “Lil 4Tay.”

Some of his studio albums are:

”It’s about reinventing myself, getting back into the limelight, making myself a force, and giving the fans a mix that they’ve been waiting for oh so long.”

”Like always, I’m working with the young baby boy San Quinn, we’re from the same soil.”

”I always looked out for the OG’s in the music game, but mainly the West Coast, though. Keeping it smooth.”

READ MORE: What is the net worth of Hank Williams III?

On May 31, he tweeted an invoice to Canadian rapper and singer Drake for the $100,000. This happens since some portions of the song royalties from YG’s “Who Do You Love?,” which includes Drake’s verse, are for sale on Royalty Exchange, an American company that auctions royalties.

Moreover, the auction includes royalties for “Playaz Club” and Tupac’s “Only God Can Judge Me,” that all list Anthony as a songwriter.

In 2004, Anthony was featured on the song “My Alphabets” on Mac Dre’s album titled – ”The Genie of the Lamp.”

“I chose that title because my birthday is the same day as Dr. Seuss.”

In 1995, two of his songs – “A Message For Your Mind” and “Problems” were featured on the Dangerous Minds soundtrack.

Forté earned most of his wealth from his music. Anthony has worked with rap legends Too $hort, Snoop Dogg, and Tupac Shakur.

He is best known for hits including – “Playaz Club,” from his album “Don’t Fight the Feelin’.” He also appeared in several movies, like What Happens Next and Winner Takes All.

Therefore, Rappin’ 4-Tay has an estimated net worth of $2 million.

READ THIS NEXT: Who is Leon Bridges?