Lainie Kazan is an American actress who has appeared in comedy films such as ”My Big Fat Greek Wedding,” ”You Don’t Mess with the Zohan,” and ”Bratz and Pixels.”

In 2007, she was named the “Queen of Brooklyn” at the Welcome Back to Brooklyn Festival.

Kazan’s maternal grandmother was born in Jerusalem to a Jewish family who had lived there for generations.

Her maternal grandfather was a Belarusian Jewish immigrant from Vitebsk.

Her mother’s name is Carole Levine, while her father, Ben Levine, was of Russian Jewish descent.

She has described her mother as:

Lainie graduated from Hofstra University in New York with a minor in Education and a B.A. in Speech and Drama. 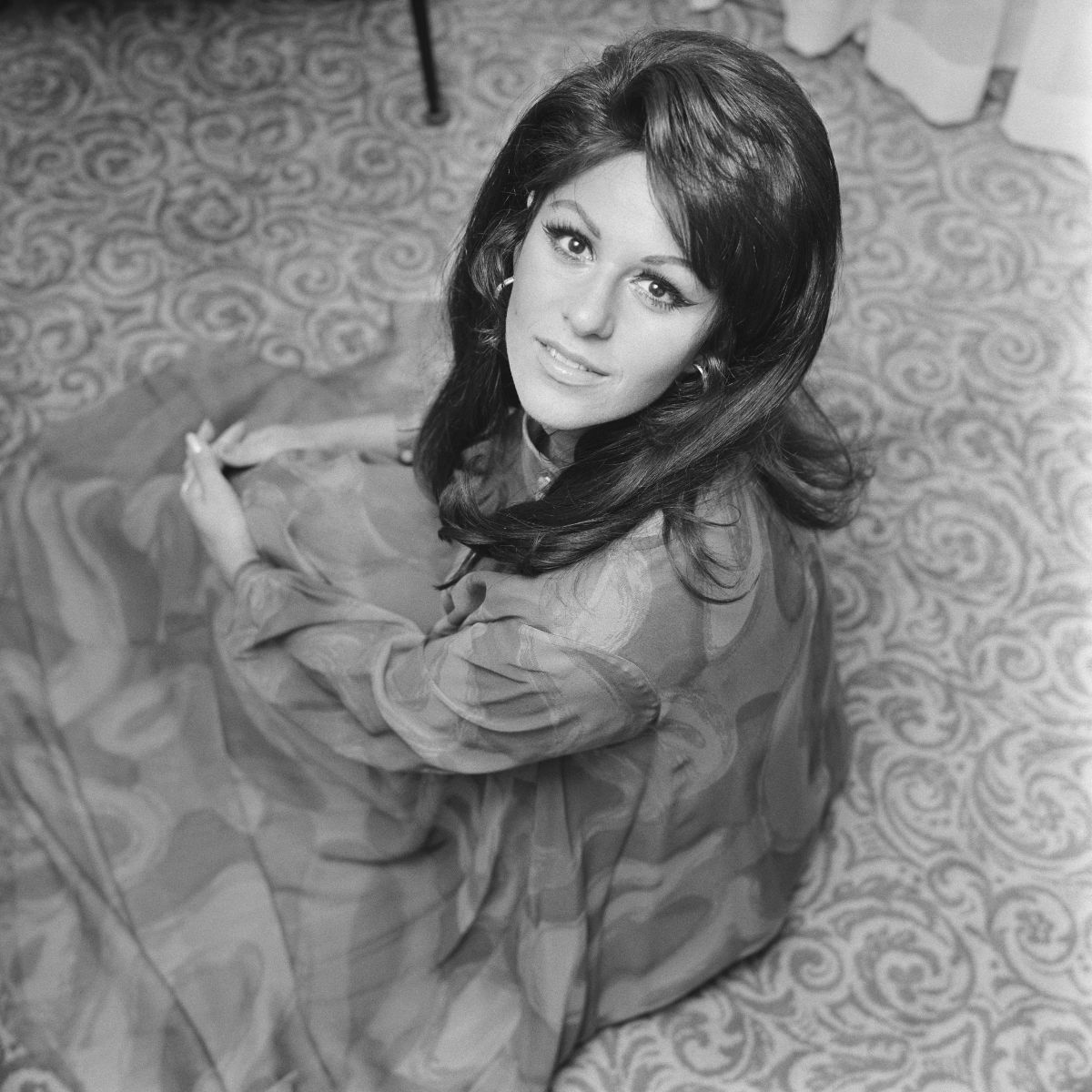 While at Hofstra, she appeared in school musicals directed and written by a classmate, Francis Ford Coppola – future Academy Award-winning director.

In 1961, Lainie first made her mark with her Broadway debut with The Happiest Girl in the World, a musical that focuses on the women of Ancient Greece and Sparta, which is based on the comedy Lysistrata by Aristophanes and tales of Greek mythology by Thomas Bulfinch.

In 1962, Kazan appeared in another musical titled – ”Bravo Giovanni.” The musical was produced as a vehicle for Cesare Siepi (an Italian opera singer, usually considered to have been one of the finest basses of the post-war period), and the story concerned a family-owned Italian restaurant’s efforts to compete with a restaurant chain.

She posed nude for the October 1970 issue of Playboy. It was reused in Pocket Playboy #4, issued in 1974. Furthermore, her Playboy photographs inspired the look of Big Barda – Jack Kirby’s DC Comics superheroine. 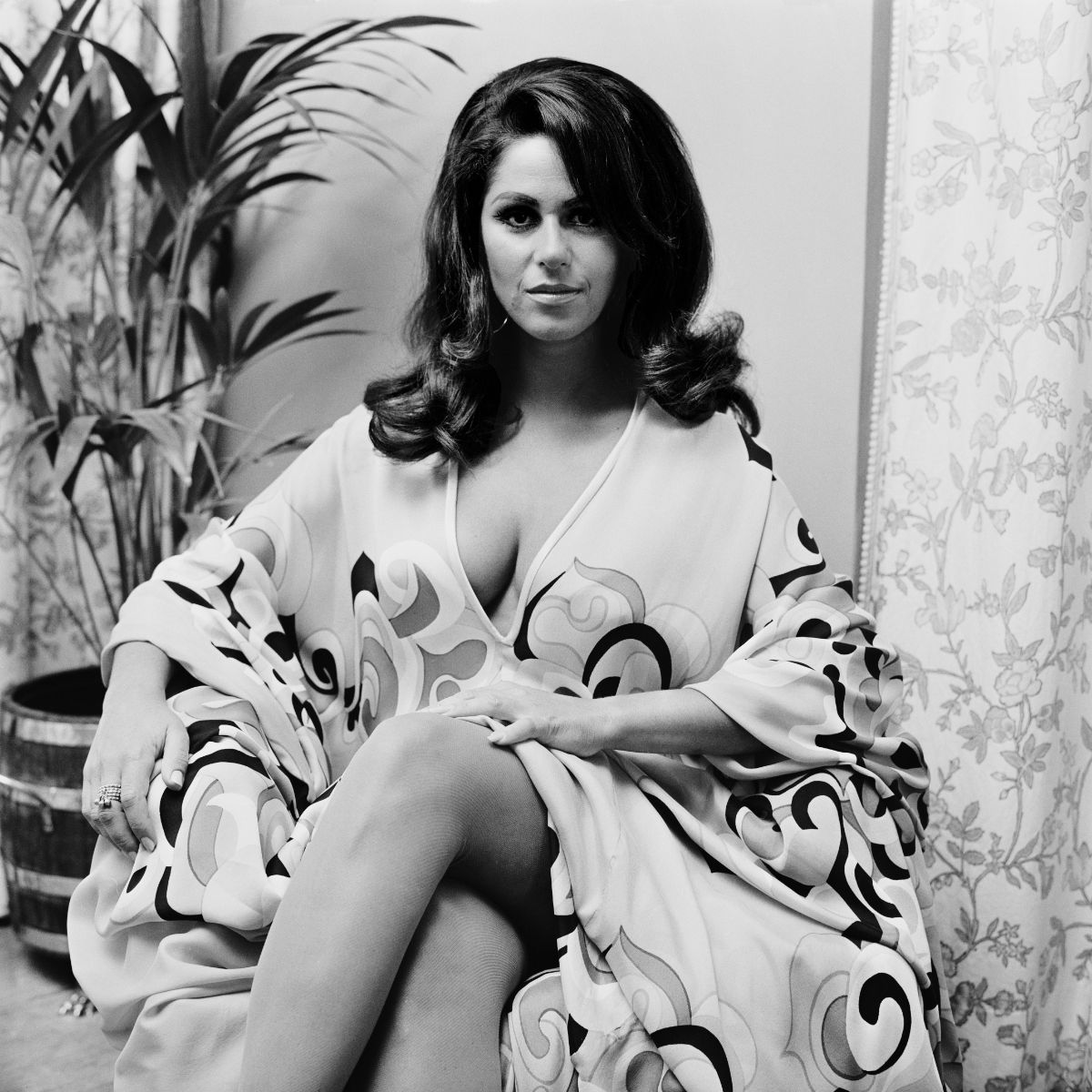 She received a Golden Globe nomination for her performance in Richard Benjamin’s “My Favorite Year,” starring Peter O’Toole, in 1983.

In 1984, Kazan made a guest appearance on the Faerie Tale Theatre episode “Pinocchio” as Sophia the Blue Fairy.

In 2002, she played Maria Portokalos, the mother of Toula Portokalos (Nia Vardalos), in the film My Big Fat Greek Wedding–a 2002 independent romantic comedy film written by Nia Vardalos and directed by Joel Zwick.

At the 75th Academy Awards, it was nominated for the Academy Award for Best Original Screenplay) and My Big Fat Greek Wedding 2.

In 2010, Lainie joined the cast of Desperate Housewives for Season 7. Kazan played the role of a self-employed business owner and neighbor to Susan.

In 2021, she portrayed Leah Zlotkin in the comedy Tango Shalom.

Her marital relationship ended in 1989 after her husband died of lung cancer.

She has one child, Jennifer Bena. Kazan also has a granddaughter named Isabella, born in 1999.

Lainie currently resides in Los Angeles with her daughter. 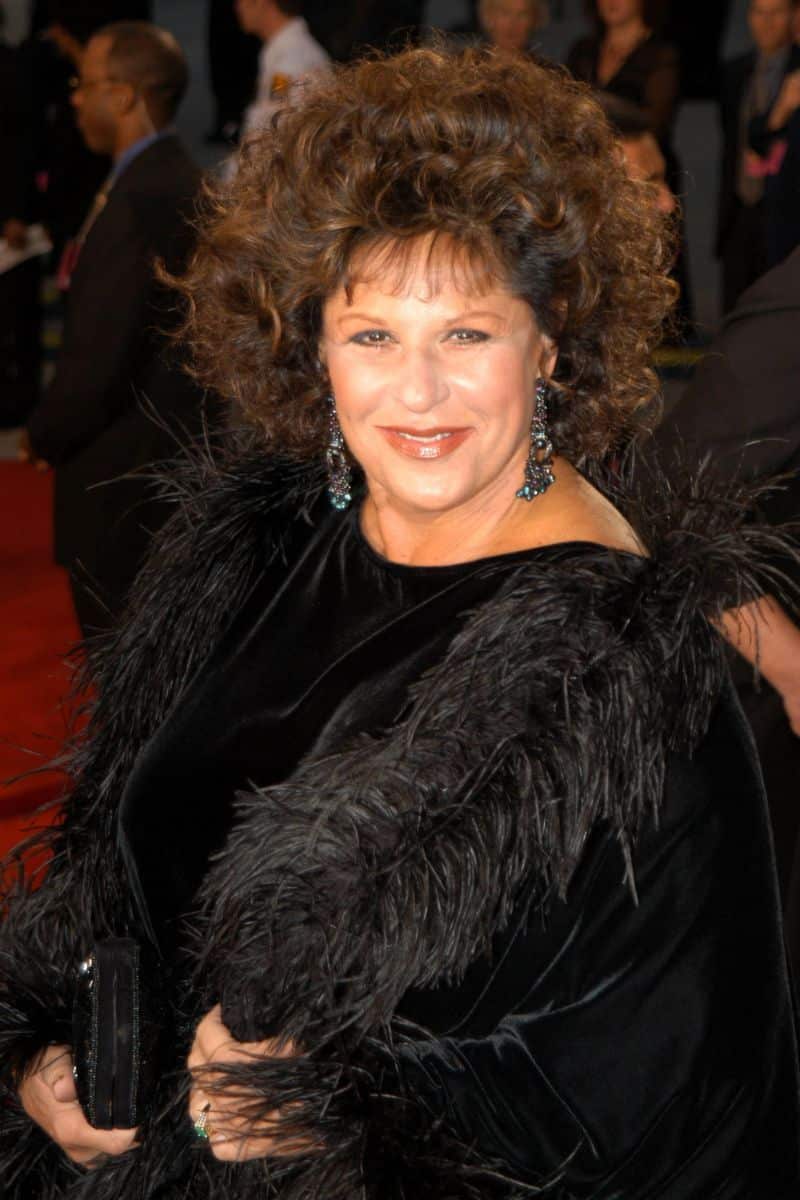 Kazan has served on the boards of the Young Musicians’ Foundation, the California Jazz Foundation, and AIDS Project LA.

In 2017, she filled reusable bags with $180 worth of groceries from Gelson’s in California’s San Fernando Valley and walked out to her car without paying. She was taken to the police station on charges of shoplifting from the grocery store.

Her loot included a hot rotisserie chicken, Comet and Pledge cleaning supplies, Jell-O, tomatoes, and uncured pepperoni. Lainie’s lawyer, Mark Werksman, said that the arrest was a “misunderstanding” and that they didn’t give his client a chance to pay for her items.

The Los Angeles City Attorney declared that Lainie had accepted an offer to participate in the Neighborhood Justice Program, where attendees discuss their crimes and take responsibility instead of going to court or pleading guilty.

Kazan has appeared in regional productions of:

In 2016, she crashed her car in LA. The cause of the accident is not yet known; however, the LA Police Department said no citations had been issued. The emergency vehicles arrived and found Kazan and immediately put her into a neck brace.

An agent for the actress said that:

”Lainie Kazan thanks her fans for their good wishes following an auto accident this past weekend. She is on the mend.” 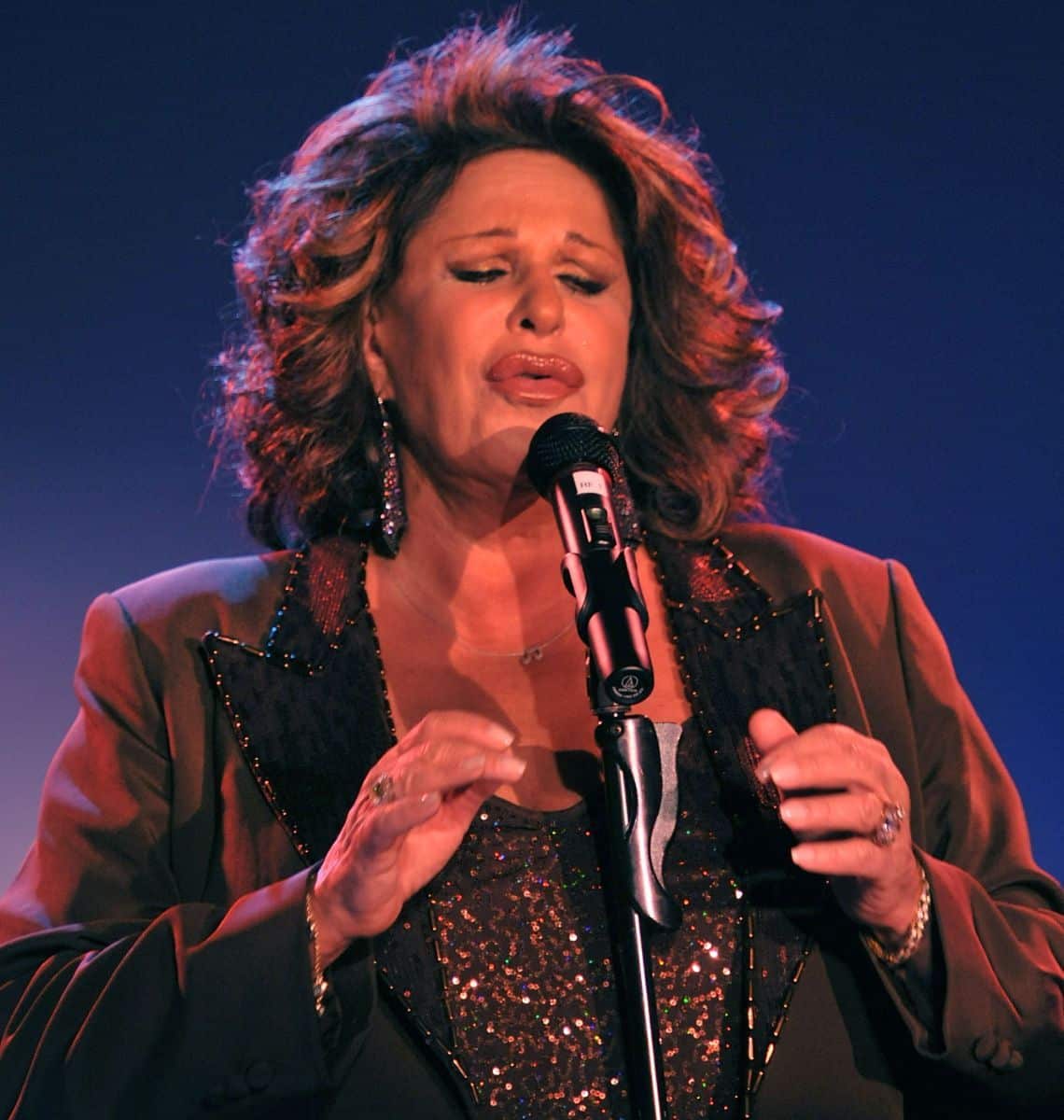 In the Ugly Betty episode “Fire and Nice,” she played Dina Talercio, the mother of Bobby, who becomes the character’s brother-in-law. 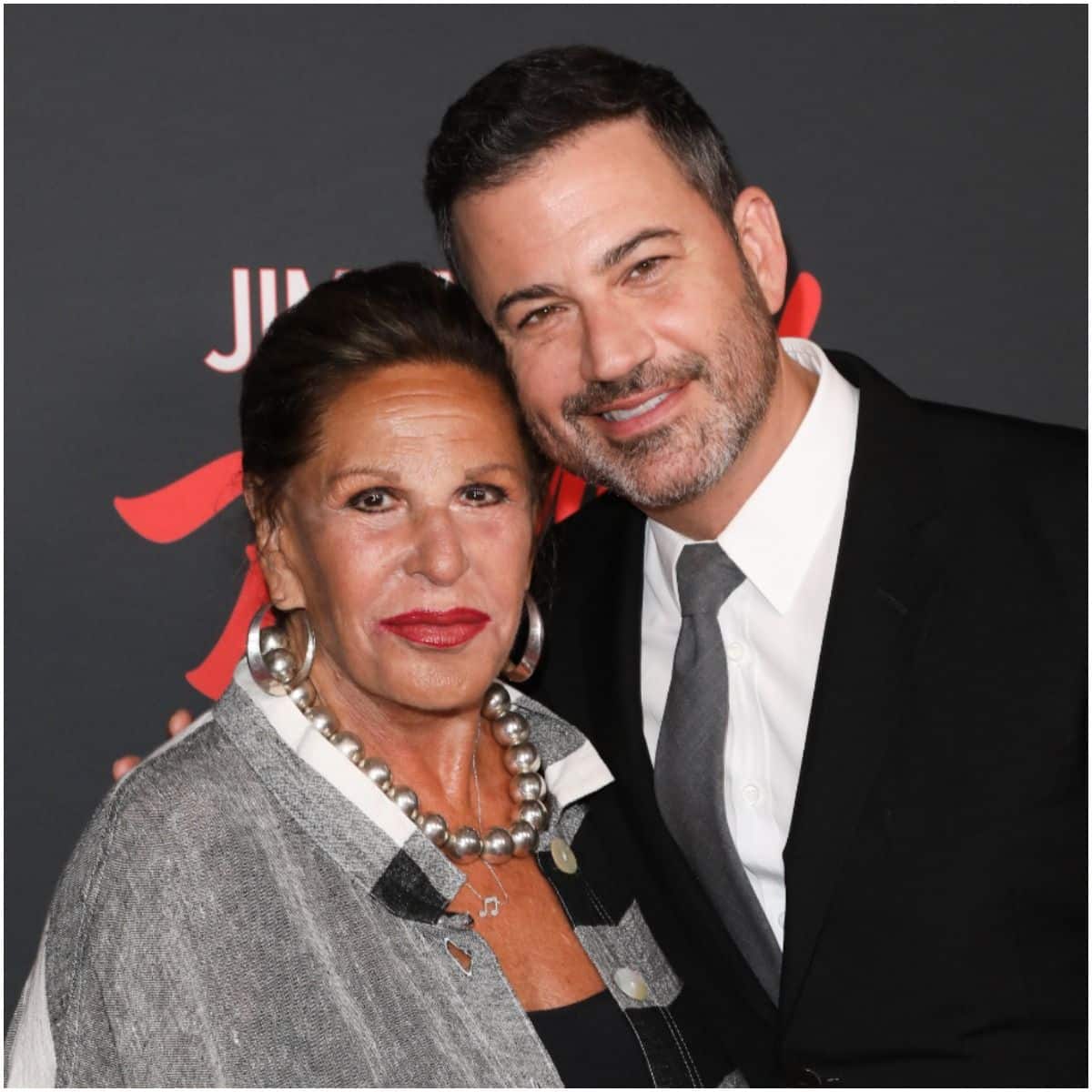 Aside from her film, television, and stage roles, she toured the country singing in nightclubs.

Kazan’s music can be ordered from her website — lainiekazan.com/shop.html.

Therefore, Lainie Kazan has an estimated net worth of $1 million.

READ THIS NEXT: Who is Bill Burr?

Sure glad to see you back on TV and beautiful as always!

You are one beautiful women coming from the frenchmen xoxo Dano