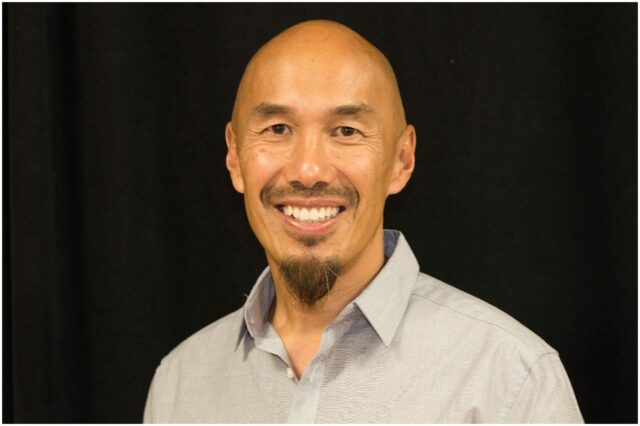 Francis Chan is the best-selling author of ”Crazy Love, Forgotten God, Erasing Hell, and Multiply.” He is also the former founding pastor of Cornerstone Community Church in Simi Valley, California.

His mother died giving birth to him. His father remarried when he was 1 year old. After, his father moved the family to Hong Kong for his grandmother to look after Francis.

When he was 5 years old, Chan and his family moved back to the United States.

When he was 9 years old, his stepmother died in a car accident.

When he was 10 years old, his father remarried again. At age 13, he lost his father to cancer.

All these deaths and series of events helped Francis to better understand all aspects of life as well as the importance of knowing God. Also, Francis did not get along well with his father growing up.

After his father died, he was then raised by his second stepmother.

During high school and college, he was active in Christian youth groups. This helped him to develop his interest in ministry and his faith in Christ.

Cornerstone Community Church in Simi Valley, California, is a church Francis and his wife started in 1994 with 30 people.

Within 60 days, Cornerstone Community Church had grown to about 100 people.

After 6 years, the church was leading a million-dollar project to provide for the approximately 1,600-member congregation.

In the present day, it is now one of the largest churches in Ventura County.

On April 18, 2010, he announced that he felt called to resign from Cornerstone Community Church to pursue what God had laid on his heart.

During an interview, Chan said:

”God has graciously shown me the good fruit from my Cornerstone days as well as some of the fundamental mistakes I made early on. I hope to help others avoid some of the same mistakes.”

Francis went on to say:

”I realize now that I built a church designed around what I wanted in a church.”

He sold his house and spent about 12 months traveling through Southeast Asia, interacting with church leaders and visiting churches.

As he spent time in Asia, Francis caught a fresh vision of what church should be like.

In June 2011, Chan said that he felt called to San Francisco.

“working to start a church planting movement in the inner city of San Francisco and also working to launch a countrywide discipleship movement.”

Chan started a new church-planting network named – ”We Are Church.” The church leaders are all volunteers, hence, they do not need to take a salary.

Moreover, each church meets in a person’s home, thus, there is no need to fundraise in order to purchase large buildings.

Each church is made up of 10 to 20 people. He explained that a smaller size helps Christians to:

“truly know each other and carry each other’s burdens.”

In 2004, Chan founded Eternity Bible College as a ministry of Cornerstone Community Church.

“As an institution of Christian higher education, Eternity Bible College exists to glorify God through graduates whose lives are transformed by rigorous study of the Bible as Scripture, impassioned love for God, and gracious service in the church for the world.”

The school consists of pastors serving in local churches in the greater LA area.

As of May 2016, Eternity Bible College has helped more than 200 students graduate. Its graduates have joined the workforce in many different capacities, are pursuing seminary-level education, or are serving as youth pastors, pastors, or missionaries (in Iraq, Hungary, India, France, and Israel).

Some of his released books are:

Francis Chan got married to Lisa Chan, a singer, in 1994.

The couple has seven children.

”God values children and their role in His Kingdom far more than we do.”

”Do you know that nothing you do in this life will ever matter unless it is about loving God and loving the people he has made?”

”Technology is really about speed: doing everything faster and with less effort.”

“God’s definition of what matters is pretty straightforward. He measures our lives by how we love.”

”There have been stirrings throughout our country, and some of these are not the usual critics but true lovers and servants of the church – which is awesome.”

“Our greatest fear should not be of failure but of succeeding at things in life that don’t really matter.”

In September 2014, he joined the board of elders of Abundant Life Christian Fellowship.

Before becoming a senior pastor, Francis worked for:

In December 2015, Francis spoke at the Chinese Mission Convention in Baltimore.

In 2005, he was the featured speaker in the Stop And Think video.

Chan earned most of his wealth from founding Cornerstone Community Church and selling his books, particularly on Amazon. In addition, Chan owns a hotel, a marina, and restaurants.

However, he gives away around 50% of his income. Furthermore, Chan has donated most of his book royalties. Therefore, author Francis Chan has an estimated net worth of $0.4 million.

READ THIS NEXT: Who is Lyor Cohen?