Jafari is known to have a bit of a temper, typically shown when playing any anger-inducing games. In addition, Jonathan is known for his quirky personality, never really taking anything seriously until the situation calls for it.

Jonathan is often accompanied by his green-cheeked parakeet, Jacques, who speaks with a robotic voice.

He was born on March 24, 1990, in Los Angeles, the United States. He is of Persian-American ethnicity.

Jafari is educated in musical theatre. Jonathan will frequently display his musical talent in videos that he produces, as well as many episodes of Game Grumps.

Jonathan started his YouTube channel, called – ”JonTronShow,” in 2010, with a standard review of the video game Daikatana, a first-person shooter video game that was developed by Ion Storm for Nintendo 64 and Microsoft Windows.

In the present day, his YouTube channel has more than 6.09 million subscribers.

On July 18, 2012, Jafari and Hanson started a new shared gameplay channel named Game Grumps. After about a year of working on the YouTube channel, Jafari quit to return to his own YouTube channel (”JonTronShow”), and was replaced by Danny “Sexbang” Avidan as Hanson’s co-host.

In 2013, before his departure from Game Grumps, Arin and Jonathan appeared in a promotional video produced by Polaris for the Warner Bros. movie Pacific Rim.

Jafari has reviewed various unlicensed games, especially based on Disney films as well as on the Pokémon franchise. Additionally. Jonathan has reviewed numerous video game adaptations of popular franchises, like – Barbie, Hercules, Conan the Barbarian, and Home Alone.

In June 2013, Jafari starred alongside Daniel Avidan and Brian Wecht in a music video by NinjaSexParty titled “Let’s Get This Terrible Party Started!”

In the year 2016, he released an album with the Gregory Brothers called ”Love is like drugs.” In addition, Jonathan has released a reprised version of ‘s song ”Firework” on his YouTube channel.

Some of his pets are:

On January 17, 2017, he was caught in a controversy web as he swerved into national politics during a live-stream hosted by Sargon of Akkad. Jafari was very strong and open about his views leading to him getting a lot of hate as many of his followers did not agree with him.

For instance, Jonathan made several comments about people who immigrated to the US, arguing that “nobody wants to become a minority in their own country,” “we don’t need immigrants from incompatible places.”

His comments were described by news commentators as aligning with alt-right or far-right politics. After that live stream, Jafari lost many of his sponsors.

In addition, one of the shows Jafari is featured on, ”DidYouKnowGaming,” has lost a “few hundred” users since Jonathan’s opinions have been made known, creator Shane Gill told during an interview.

During an appearance on the H3 Podcast, which is hosted by Ethan and Hila Klein, Jonathan was asked about the comments he made.

“In that moment, I was going into something that I needed a lot more time to prep for,” Jafari said. “I just went in, guns blazing, because you know, you get a little arrogant sometimes … obviously, I understand why people had the reaction they did.”

In a different interview, Jonathan said:

“If they immigrate they need to integrate, but also we don’t need immigrants from incompatible places.”

“I don’t think a pure society is possible, but in terms of a demographic majority, I don’t know that a nation can exist without one.”

On October 23, 2019, JonTron married Charlotte Claw. He tweeted: ”I got to marry the love of my life this weekend.”

In 2015, Jonathan hosted a nine-episode series called “Starcade.” During the series, Jonathan is forcefully persuaded to review all Star Wars video games by Darth Vader, who in the final episode, is revealed to in fact be Hanson. ”Starcade” was sponsored by Disney in celebration of the upcoming Star Wars Episode VII: The Force Awakens.

In October 2015, he appeared in the intro sequence to Nostalgia Critic’s series of videos about Halloween-related movies or shows, entitled – ”Nostalgia-Ween.”

Jafari was the 4th player to be eliminated in the Diablo III: Reaper of Souls Hardcore Tournament, which was hosted by Polaris.

According to the Completionist’s episode of Luigi’s Mansion, Jafari is also known as “the Pizzapletionist.”

In 2011, he started contributing to Channel Awesome, working on the subdivisions “Blistered Thumbs” and “That Guy With The Glasses.”

He has lent his voice to numerous pieces of video game-based media, such as:

In November 2016, he released an album called Love Is Like Drugs with The Gregory Brothers (an American musical quartet). The album reached number 2 on the Billboard chart of comedy albums of the week of November 26.

Other famous YouTubers are Reckful, Hayden Bowles, and Mat Best.

Jafari earned most of his wealth from sponsors and advertisements on his YouTube channel. His YouTube channel has more than 953 million views, which translates to about $2 million, before taxes.

Also, he has a Twitch account with about 72,000 followers. Additionally, Jafari has a website on which he sells merch. Therefore, JonTron has an estimated net worth of $2.2 million.

READ THIS NEXT: Who is Corey Wayne? 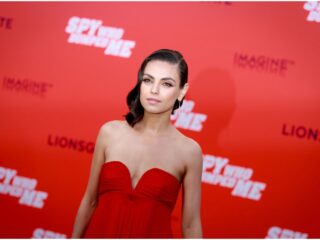 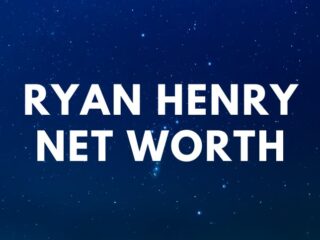