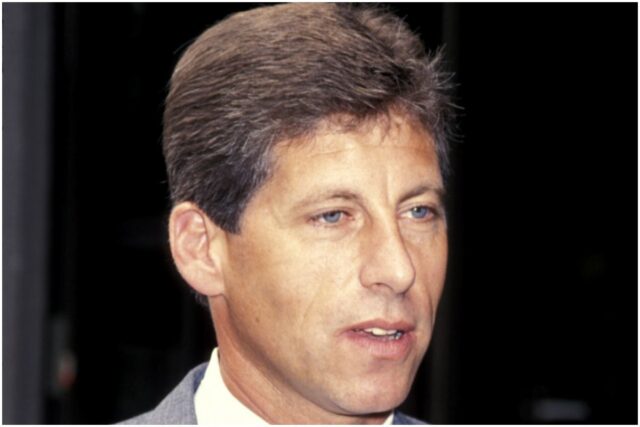 Mark Fuhrman is a former LAPD police officer and a New York Times bestselling author who gained notoriety during the highly publicized trial of O.J. Simpson in 1995.

He was born on February 5, 1952, in Eatonville, Washington, USA, as Mark James Fuhrman.

In 1975, he graduated from the Los Angeles Police Academy.

In 1989, Mark was promoted to detective.

In 1995, he was called to testify regarding his discovery of evidence in the Simpson case since he was one of the first members of the LAPD to arrive at the murder scene on the night of the crime.

Veteran LAPD Detective Mark Fuhrman discovered a bloody glove on O. J. Simpson’s property that matched the one found at the scene where his ex-wife was murdered.

During the trial, detective Mark Fuhrman testified under oath that he had never used the n-word in the previous 10 years. However, Simpson’s defense team uncovered old recordings of Mark during which he made racist and misogynistic remarks. He also made references to the “planting of evidence” and implied police brutality.

During the trial, F. Lee Bailey asked Fuhrman: “Have you ever planted or manufactured any evidence in his case?” Mark asserted his Fifth Amendment privilege not to incriminate himself.

”I was forced to take the Fifth because prosecutors wouldn’t assure me they would ask questions that I could answer in a narrative fashion,” Fuhrman told Seattle Times. He went on to say: ”I wasn’t going to just let the defense ask their yes or no questions to help them mislead the jury.”

Mark retired from the LAPD in early 1995 since his status as a convicted felon meant he could no longer serve as a police officer. ”After the Simpson trial, after all the bad things Cochran was claiming, I became the most investigated officer in the history of the LAPD,” Mark later said.

He was charged with lying under oath. Fuhrman received three years’ probation. He was also fined $200.

California Atty. Gen. Dan Lungren said for Chicago Tribune: ”It is important to understand that, as a result of these charges, this plea, and this sentence, Mark Fuhrman is now a convicted felon and will forever be branded a liar.”

After the Simpson trial, he moved to rural Idaho.

In 2003, Fuhrman published the book – ”Death and Justice: An Expose of Oklahoma’s Death Row Machine.” In the book, Mark explores the use of the death penalty in Oklahoma.

In October 2009, Mark released the book – ”The Murder Business: How the Media Turns Crime Into Entertainment and Subverts Justice.” In the book, Fuhrman revealed new details on high-profile cases, such as Chandra Levy, Martha Moxley, and Jon Benet Ramsey.

”He loved art, but he joined the Marines and the police as if he was trying to prove himself,” Janet said about Mark in an interview with New York Times. She added: ”On the outside, Mark is very poised, but inside he had the lowest self-esteem you can imagine.” The two divorced in December 1980.

With Caroline, Mark has two children – Cole and Haley.

”When I testify, I’ll testify. I don’t need to sit around chewing my fingernails.”

”A working detective has no hope of understanding what even experts who devote their lives to the study of criminal psychology can’t figure out.”

He received over 55 official commendations during his 20 years with the LAPD.

Fuhrman earned most of his wealth from serving as a Los Angeles Police Department detective for 20 years.

Mark also published several books, including Murder in Greenwich, Silent Witness: The Untold Story of Terri Schiavo’s Death, and The Murder Business: How the Media Turns Crime Into Entertainment and Subverts Justice.

His book, ”Murder in Greenwich,” was made into a feature by Sony Pictures TV for the USA Network.

Fuhrman is also a frequent contributor to Fox News and was the host of the Mark Fuhrman Show on KGA-AM. Therefore, former LAPD police officer Mark Fuhrman has an estimated net worth of $3.5 million.

READ THIS NEXT: Who is Bretman Rock?