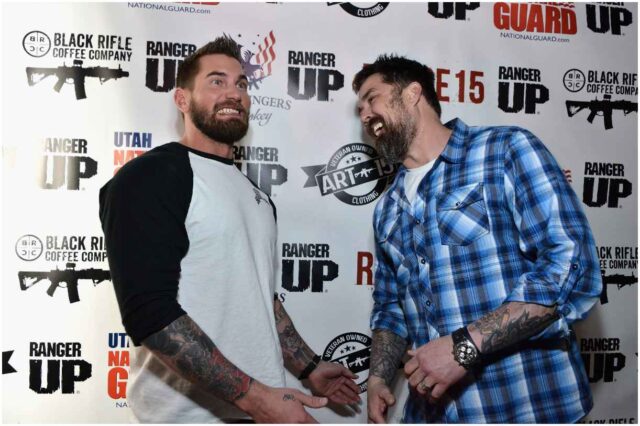 Mat Best is a former U.S. Army Ranger who makes YouTube videos mostly related to the second amendment and political views on his MBest11x YouTube channel, which has earned more than 1.39 million subscribers.

”I grew up in Santa Barbara, California, graduated high school, and went straight into the military about three months later.”

His father, grandfather, and two brothers all served in the US Marine.

At age 17, Mat joined the Army and was deployed five times to Afghanistan and Iraq with the 2nd Ranger Battalion, 75th Ranger Regiment, an elite light infantry airborne special operations force that is part of the US Army Special Operations Command.

The main mission of the 75th Range Regiment is to conduct direct action raids in sensitive or hostile environments worldwide, typically capturing or killing high-value targets.

The 75th Ranger Regiment is composed of one special troops battalion and three Ranger battalions and is headquartered in Fort Benning, Georgia.

Mat turned 18 during basic training, after which he was sent to the 2nd Ranger Battalion and joined his platoon in Mosul, a major city in northern Iraq that is located some 250 miles (400 km) north of Baghdad. Best once said:

”I’ve done a lot of dumb stuff, but once myself and five other privates moved a senior NCO’s car from the parking lot and blocked the 2nd Ranger Battalion gates.”

”It was a little Honda, like a two-seater, and you got six Rangers who are all jacked up, so it was pretty easy.”

After his service with the military, he served as a contractor for the CIA. ”I can’t believe I made it through the selection process at the young age, but I guess I am too dumb to quit,” said Mat in an interview with Fox News.

Moreover, Mat obtained a Bachelor’s Degree in Liberal Arts, the title of an undergraduate bachelor’s degree.

This title is awarded to students who pursue interdisciplinary studies, major in liberal arts or design their own concentrations.

He first made waves through the military and special operations community with his YouTube video ”How To Be An Operator,” which was a satirical look at members of elite special operations units and currently has over 2.8 million views on YouTube.

Additionally, Noelle has regularly been featured on his YouTube channel and in his original comedic sketches.

Mat said about his book:

“It was a very rewarding experience because I’ve had the ability and opportunity to share a little more of my story and go a little more in-depth than you can just from the internet.”

READ MORE: Who is Reynad?

”The gun was the primary tool of the trade for the majority of my adult life to that point.”

”I can honestly admit that I do not have the key to success and happiness in life.”

”The violence of war taught my soul to treasure empathy and kindness.”

”Most people don’t get to decide how they go out.”

Best earned most of his wealth from his service in the US Army, working as a private contractor for the CIA, and from his YouTube channel – which has more than 237 million views, meaning about $700k in revenue before taxes.

Moreover, Mat is one of the anchors on the popular Drinkin’ Bros Podcast and the Chief Branding Officer of the Black Rifle Coffee Company.

”The name is Black Rifle Coffee because it pays tribute to our service, and the service rifle was life-saving equipment for us,” Best said about his company.

Also, Best co-founded and is CEO of Article 15 Clothing, an apparel company that supports veterans and the Second Amendment.

Mat sits at the helm of this company with four of his veteran buddies, Cody, Rocco, JT, and Brad. Mat said regarding the revenue that Article 15 Clothing is producing:

”But then that first month we had over $10K gross sales, and everyone was not expecting it. The second month, we sold over $30K, and the third month we had sold $90K.”

Therefore, American internet personality Mat Best has an estimated net worth of $3 million.

READ THIS NEXT: Who is Brian Redban?