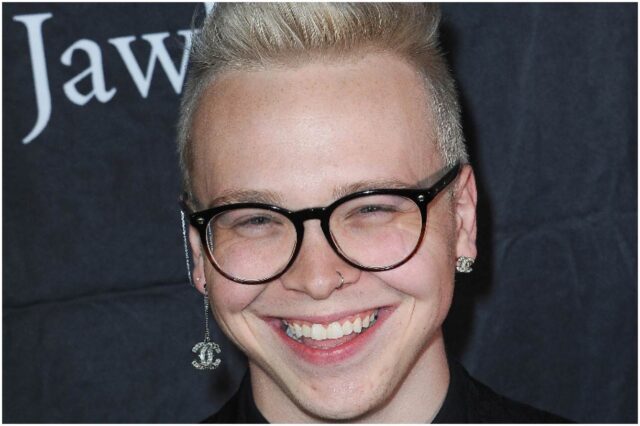 Michael Weist is an American talent manager, entrepreneur, and producer who is a member of the Recording Academy. Weist has managed stars like Whynot_Joey and Bryce Hall. In addition, Michael became the CEO and founder of Juice Krate Media Group & Associated Brands.

His three younger brothers are named Cayson, Spencer, and Aaron.

”We own a record label as well and I’m an executive producer so it gives me an idea of what our creators are looking for.”

The company also partnered with Tana Mongeau. She is a popular YouTube content creator and celebrity who discusses her own personality quirks as well as strange instances from her personal life with her fans on her self-titled channel.

In 2019, Weist was the producer of TV Series documentary ”Freaky Followers.”

On May 26, 2018, Tana Mongeau announced that she would be hosting her own convention, called – TanaCon, at the same time and in the same city as VidCon 2018. VidCon is the world’s largest celebration of digital video and online creator conference.

The event promised talks, concerts, and meet-up opportunities featuring the likes of:

After the VidCon 2017 organizers failed to give Tana the rights at the convention of a “featured creator,” she intended TanaCon to be an alternative to VidCon.

Weist was the producer of TanaCon.

The event was shut down on its 1st day after a reported 20,000 people showed up. The next day was canceled and fans clamored for refunds. Online, fans have branded TanaCon ”the new Fyre Fest,” a failed “luxury music festival” that was created by Billy M., and created with the intention of promoting the company’s Fyre app.

In 2018, Weist has announced a documentary coming about the disastrous event.

Michael has said TanaCon was disastrous for his personal finances. On October 17th, Heist filed for Chapter 7 bankruptcy after claiming to have lost around $700,000.

Weist went on to say:

”Within the next 60 days, Good Times Entertainment, LLC will be dissolved. It is time to share the official TanaCon documentary.”

He accused Tana of precipitating the downfall of his company, claiming that, in the wake of the canceled event, she caused “irrevocable” damage and “she defamed me, slandered my name.”

Michael told Shane Dawson that he was also pursuing legal action against the Marriott Suites Hotel in Anaheim for giving false information regarding how many individuals the hotel could accommodate for their event.

According to the hotel information, Marriott Suites Hotel in Anaheim can host 1,018 people.

During a recent interview, Tana declared:

”I was so angry after TanaCon.”

In November 2018, Michael released his 90-minute TanaCon doc on YouTube. However, the video is not available anymore since he closed his YouTube account. The video featured raw footage of the initial planning meetings with Michael, Tana, and the rest of their team. But, the documentary ends before any of the shortcomings and failings of TanaCon are properly discussed.

In a 2018 YouTube series, Dawson delved deep into the controversy, featuring several claims from disappointed fans and both Michael and Tana’s sides of the story.

Shane Dawson is a YouTube star who has gained more than 21.8 million subscribers to his YouTube channel by posting many different videos including reaction videos, conspiracy theories, vlogs, and collaborations with other YouTube celebrities.

Dawson also plays many characters in his YouTube videos. Some of the most popular are:

Weist earned most of his wealth from being the founder and CEO of Good Times Entertainment. In addition, he has a large social media following. Therefore, Michael Weist has an estimated net worth of $0.65 million. Unfortunately, his net worth was substantially reduced after the TanaCon fiasco.

READ THIS NEXT: Who is Skyla Jay Carpenter?