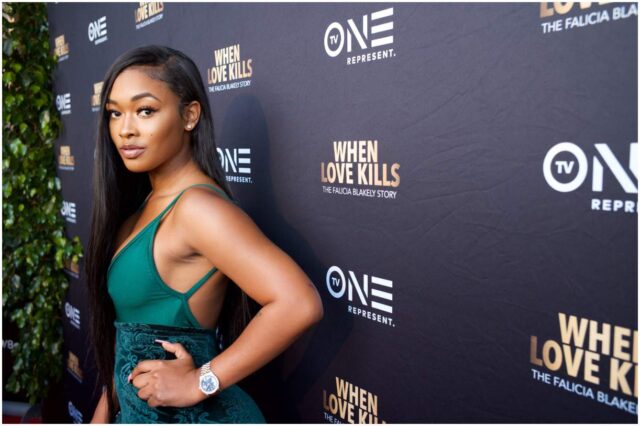 She first gained fame after a shout-out from Canadian rapper Drake on the OB Brien track “2 On Thotful.”

She was born on January 30, 1993, in Houston, Texas, USA. Watts grew up with a younger sister and a younger brother.

Since she was a child, Watts has been interested in photography, beauty, and fashion.

In May 2014, OB O’Brien (a Canadian rapper who is best known for his collaborations with P Reign and Drake) released his single ”2 On Thotful,” featuring Drake.

In the single, Drake mentions Miracle in his second verse, rapping:

Watts said about her company:

”I started my first company “The Miracle Lash,” which is a luxury false eyelash company in January of 2015 after I reached over a million followers (on Instagram).”

The most popular video is titled – ”Quick && Easy Protective Butterfly Braid Tutorial ft @hairbyjayfaram.” The video has more than 1.2 million views, and it was uploaded on October 26, 2017.

From 2012 to 2013, Miracle Watts dated Hasan Suliman, an American entertainment industry entrepreneur who founded the Powered By Facet marketing firm.

In September 2015, Watts began dating August Alsina, an American recording artist and YouTuber who first uploaded videos to YouTube in 2007 when he was 14 years old. On August 20, 2013, Alsine released his debut EP, titled – ”Downtown: Life Under the Gun.” The album was released by Def Jam Recordings and Radio Killa Records.

During a 2015 interview, August confessed:

“I actually don’t have a girlfriend. I’m single, but Miracle – she’s a beautiful girl.”

Alsina went on to say:

”A very dope mind, you know what I’m saying? I’m intrigued by somebody’s mental, but actually, that’s not my girl – but we friends.”

In a different interview, Alsina declared:

“I spent time with this girl one time, for maybe about a week and a half and she told me, ‘Do you realize that you have all of these different personalities? Sometimes you’re hear and sometimes you’re not.’”

”We all deserve happiness.”

”Train your mind to see good in every situation.”

”Make sure when you start a company it’s something that you really enjoy because it takes a lot of your time and dedication to run a successful business.”

On March 18, 2018, she teamed up with Media Girls L.A. (a professional networking organization) for the Beauty Meets Media event in Los Angeles. There are other celebrities who participated in this event, including:

Watts is a good friend with Crystal Westbrooks, an Instagram celebrity who first gained fame on the reality TV series – ”The Westbrooks.” In addition, Westbrooks is known for her association with Harley Dreux.

In 2017, Miracle Watts appeared in several clubs, including:

In addition, she has a good financial income from managing her company – ”The Miracle Lash.”

Therefore, social media influencer Miracle Watts has an estimated net worth of $1 million.

READ THIS NEXT: Who is Hajime Isayama?