Alexander Wang is an American fashion designer, YouTuber, and Instagram celebrity, who served as the creative director of Balenciaga.

As a designer, he is known for his edgy and masculine womenswear collections. His unique vision on fashion is now a staple in many celebrities’ closets.

He was born on December 26, 1983, in San Francisco, California, the USA, to Taiwanese-American parents.

For his elementary and primary education, Alexander studied at the Harker School.

At age 18, Wang moved to New York to attend Parsons The New School for Design. He dropped out in his second year.

In 2007, he debuted his first runway collection for Autumn/Winter at New York Fashion Week.

In 2008, Alexander launched an accessories collection. In the same year, Wang received the CFDA/Vogue Fashion Fund Award. He also received $20,000 to expand his business.

In the follow-up year, Wang received the famous Swiss Textile Award as well as the Swarovski Award for Womenswear from CFDA.

In 2011, the Council of Fashion Designers of America awarded him Best Accessory Designer. Also, GQ named him Best Designer of the Year.

Balenciaga is a luxury fashion house brand that is owned by the French multinational company Kering.

In December 2012, he was appointed Creative Director of Balenciaga. During a later interview, Wang said that he rejected the job the first time Balenciaga offered him the job.

In 2013, Wang introduced his first collection for the company at Balenciaga stores in Paris.

On April 13, 2014, it was announced that Alexander would be the next designer to create a collection for H&M. The collection was available from November 6, 2014. 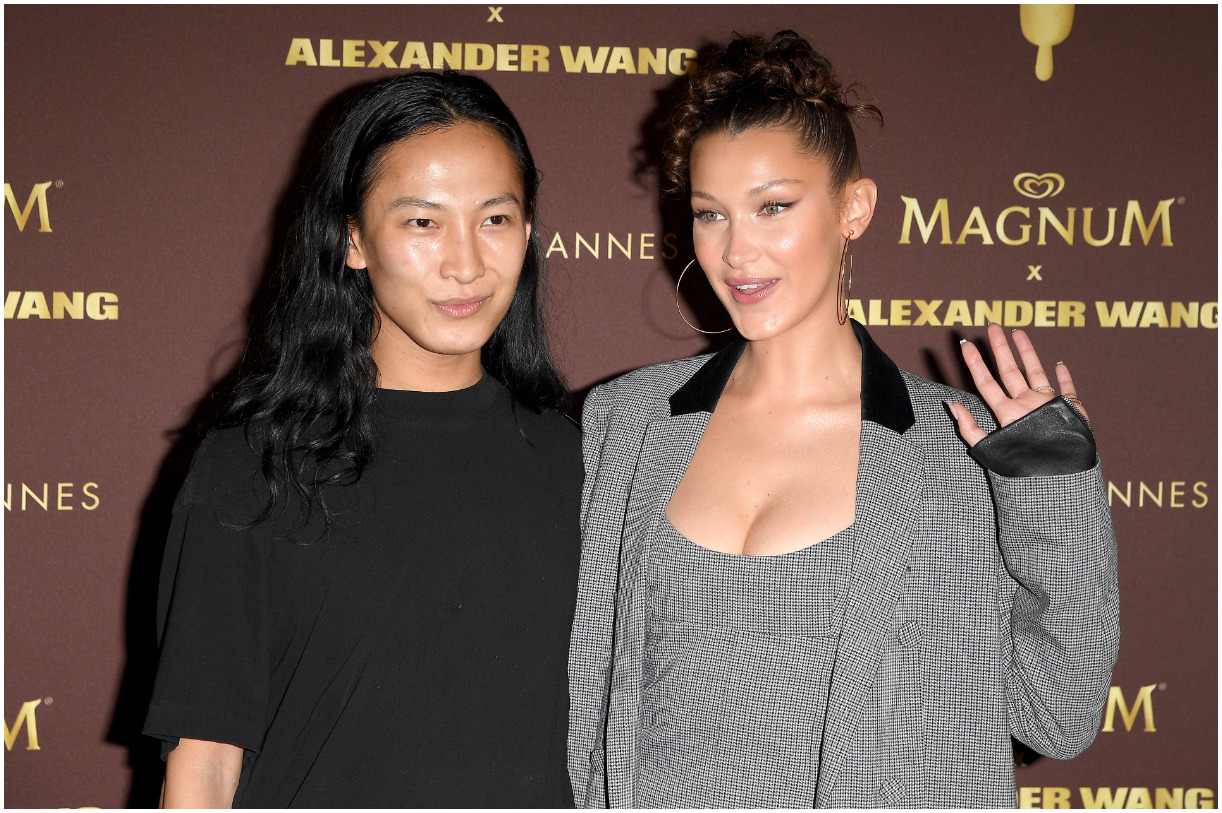 In 2016, Alexander became the CEO and chairman of the Wang brand.

In 2017, Wang announced that he was stepping down as CEO of his brand.

Lisa Gersh took over as the company’s CEO. Previously, she was the CEO of Gwyneth Paltrow’s company Goop.

In 2018, Wang joined up with Uniqlo for a line of underwear. The range includes briefs, bras, leggings, tees, and bodysuits for women and men.

During an interview, Wang confessed:

“We thought this could be a great concept where we think about how to marry the two ideas: Heattech and underwear.”

”It’s something that I’ve always been very inspired by, by the advancement and innovation in fabrication.”

In October 2019, it was announced that Wang is set to host Potty Time, a new celebrity talk show. He said:

“Being given the opportunity to recontextualize the talk show format is a dream.”

Alexander went on to say:

”I’m very excited to work with the innovative and creative team at Quibi who are leading the conversation in short-form entertainment.” 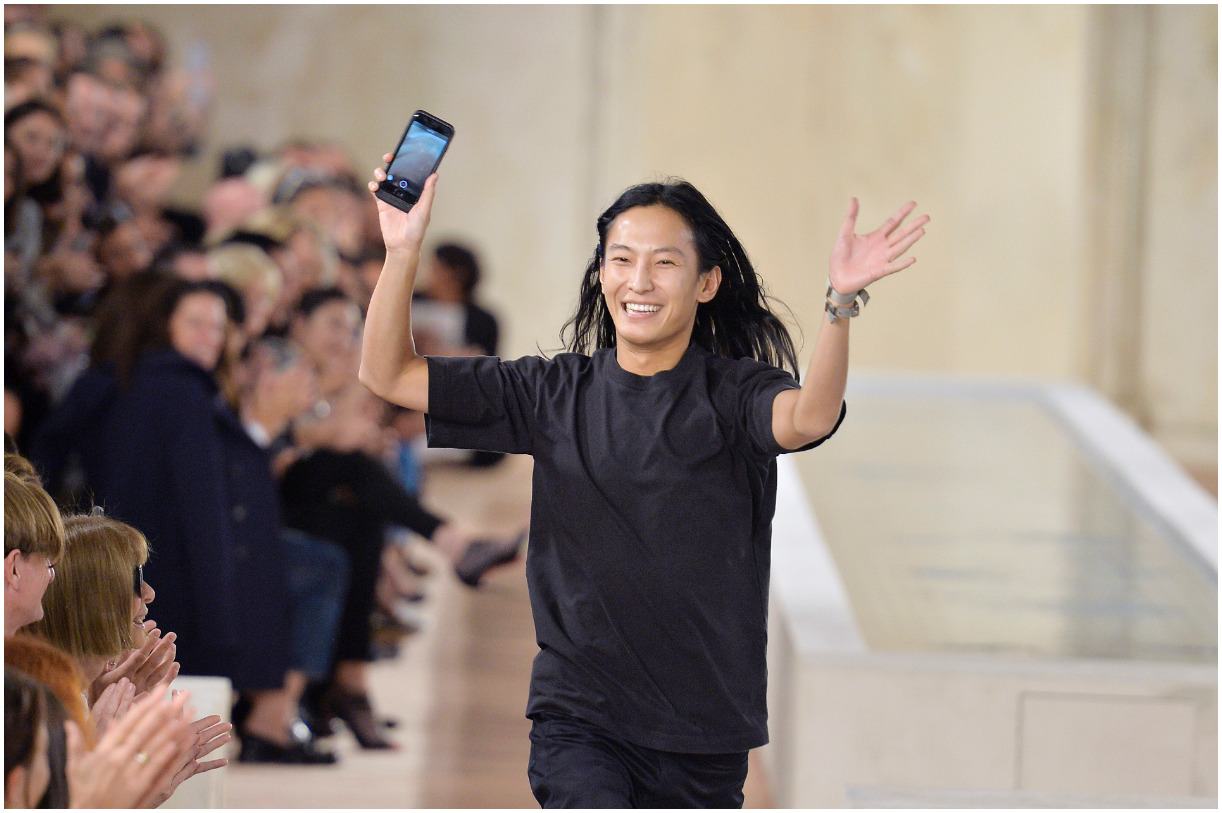 In 2012, he was slammed with a $450 million labor lawsuit for nine charges, including unjust enrichment, breach of agreement, and labor law violations.

The suit was initially brought against the designer in March 2012 by two former employees – Flor Duante and Wenyu Lu.

Both claim they were forced to work more than 80 hours a week in Alexander’s windowless, 200-square-foot factory. They also claimed that their work contracts were terminated after filing for workers’ compensation.

About 30 of Lu and Durante’s co-workers added themselves to the case.

Following an undisclosed settlement between both sides, the case was dismissed.

One of his spokesmen stated:

“The claims regarding sweatshop conditions are completely untrue.”

“In reality, this case was filed by an individual who was let go by the company as a result of serious harassment issues.”

Wang has publicly identified himself as gay. The designer is currently not involved in any long-term relationship.

READ MORE: Who is Greg Locke?

”I wear sports clothes because I feel comfortable in them.”

”I’m not like most designers, who have to set sail on an exotic getaway to get inspired.”

”I always say that I’m really inspired by mistakes and things that kind of go wrong.”

”You need to be determined and ambitious to achieve the end result.”

”No one is going to understand your brand better than you.”

”Have a clear idea of what you want to do.”

“I feel my clients are all world citizens.”

”It’s been an amazing journey-one I never thought in a million years I’d be experiencing this soon.”

”Take people’s advice and guidance in the beginning, but always follow your instincts first.”

In 2016, Wang won a lawsuit ($90 million) after he sued 45 defendants who were selling counterfeit Wang goods, across 459 domains.

“Protecting our brand requires maintaining constant vigilance on a global scale as well as taking proactive measures such as sending cease and desist orders directly to domestic and foreign counterfeiters.”

But, Alexander is unlikely to receive the $90 million since the owners of the websites are very hard to trace.

His lines are stocked globally in over 700 stores, including:

Other famous fashion designers are Virgil Abloh and Giorgio Armani.

Wang earns most of his wealth from being a luxury fashion designer.

His main source of income includes his own brand. The company has more than 300 employees spread across – Hong Kong, Paris, and New York. Also, it has over $150 million in annual revenues.

In addition, Wang was a creative director at Balenciaga for three years. Also, he collaborates with H&M. Therefore, American fashion designer Alexander Wang has an estimated net worth of $60 million.

READ THIS NEXT: Is Michael Symon married?