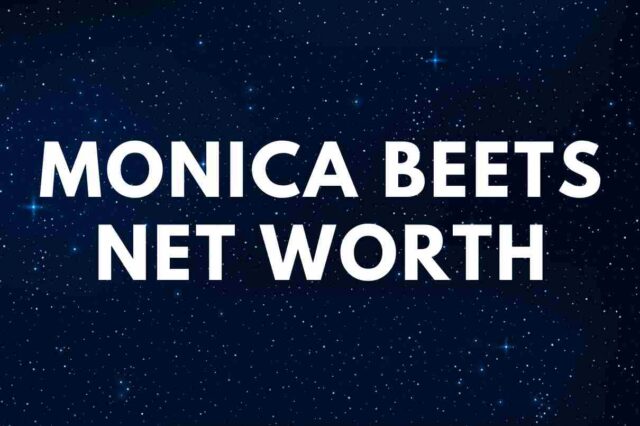 Canadian female gold miner Monica Beets is one of the toughest ladies we know!

She grew up in the mines of her hometown, learning the trade as a kid from her father. She’s a hard worker, a daughter, a sister, and a wife. Here’s everything we know about Monica.

On the 7th of November in 1993, Monica Beets was born, the youngest of four, to her parents Minnie and Tony Beets.

Her parents met each other when they were just children.

In 1978, Tony and Minnie began dating. 18 months later, Tony wanted to move to Canada, a move which Minnie would only make with a ring on her finger. So, they were married, and they remain married today, as of 2021.

She has three older siblings: two brothers, Mike and Kevin, and an older sister, Bianca.

Her brother Kevin went to school and became the mechanic for the family business, working on mining machinery.

Monica’s family was always a mining family – her father is a successful miner, and her mother is the accountant for the Beets’ mining company.

Monica began showing a real interest in the family business at a very early age, but she didn’t want to learn bookkeeping from her mother. Instead, Monica was always putting on her father’s gear and pretending to be a miner.

By the young age of 12, her dad was teaching her the ropes of machinery and mining.

Monica’s father, Tony Beets, boasts his Dutch roots, even though he moved to Canada over three decades ago.

Tony had a brief three-year construction industry career before he found mining in 1984.

He’s been mining Dawson City ever since!

She worked under her father and became quite skilled in the trade. ”He doesn’t care what your gender is, if you’re sitting on a piece of equipment, girls can do it just as well as men can, sometimes even better,” Monica said about her father in an interview with Monsters and Critics.

By the time she turned 18, Monica was the supervisor of a team of men twice her age at her dad’s mining group, Paradise hill.

When Monica was 21, she and her family’s world was turned upside down when Discovery reached out with an offer for the Beets’ to star in their new TV show about gold mining, Gold Rush.

The first episode of the show came out in December of 2010, and it’s still being made to this day.

”I am super-conscious of the cameras,” she commented for Entrepreneur. Monica continued: ”I hate getting my picture taken. I hate like when the camera points at me, it’s super uncomfortable.”

Monica’s family didn’t appear in the show until season 2, and she herself wasn’t on the screen until season 5! Gold Rush is definitely considered one of the most popular shows on Discovery’s network.

Fans love to watch young, spunky Monica tell grown men how to properly work a mine. She’s definitely got gusto, and her way of handling a team of older dudes is definitely entertaining to watch.

Aside from being a strong-willed, successful woman miner, Monica has aspirations of someday being a paramedic! Her education status and history are unknown.

Monica has an adorable pet dog who she named “Doyle Wolfgang von Frankenstein” after her all-time favorite music group.

They were pretty serious and dated for quite a while, but the two ended up going their separate ways.

The reasons why are unknown today, as the couple decided to keep their breakup relatively private. There doesn’t seem to be any bad blood between them.

The show portrayed miner Parker Schnabel as being helplessly head over heels for Monica, but the feelings were not mutual.

The two did not have a romantic relationship, and they never ended up dating. ”No, I am not now, nor have I ever, dated Parker,” Monica tweeted in January 2016. She also wrote: ”He is a nice guy, but getting sick of that.”

Then, Monica met Taylor Mayes. He’s not a miner at all, and keeps his own life fiercely private!

They did end up getting married in August of 2018 (the 11th, to be exact) in Monica’s hometown, Dawson City. They were wed outdoors in the company of their loved ones and best friends. There’s a video of their ceremony on YouTube!

There’s not much info out there about Taylor, but his Facebook page reveals that he is also from Dawson City!

As of late 2021, there are rumors among Monica’s fans that she might be pregnant, but she has neither confirmed nor denied it.

She has a dog named after her favorite musician, Doyle Wolfgang von Frankenstein. In August 2020, Monica wrote on Instagram: ”I’ve had Doyle for 7.5 years, and I gotta say, he’s pretty great.”

Beets earned most of her wealth from serving as the supervisor of her dad’s mining operation as well as for appearing in the reality series ”Gold Rush.” According to reports, Monica received around $200k per season.

Therefore, reality television star Monica Beets has an estimated net worth of $1 million.

READ THIS NEXT: Who is Bruce Makowsky?