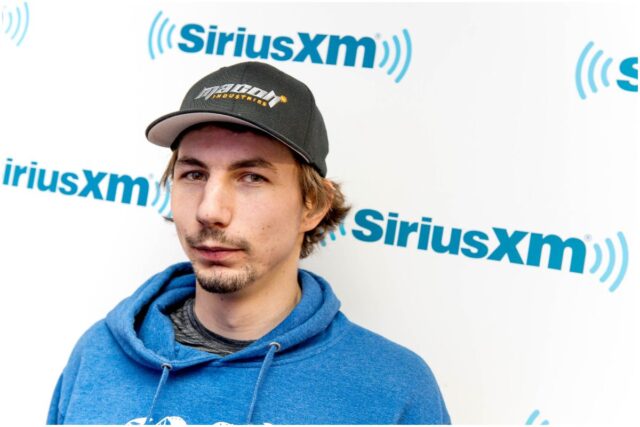 What is Parker Schnabel’s net worth?

Parker Schnabel is an American reality television star and gold miner who has gained fame for his role in Discovery Channel’s reality series, Gold Rush.

He was born on July 22, 1994, in Haines, Alaska, as Parker Russell Schnabel, to Roger and Nancy Schnabel.

Parker has a brother, Payson Schnabel.

He grew up in Porcupine Creek, Alaska.

Schnabel began summer work at the Big Nugget Mine when he was a kid.

John was also part of the Gold Rush and owned a claim to the Big Nugget mine in Porcupine Creek, Alaska.

”John lived a great life and was one of a kind. I am glad the world got to see an amazing man,” tweeted Parker at the time.

Parker Schnabel graduated from high school in May 2012.

He skipped college to begin mining.

Schnabel has been on the series since the show’s second season. The series follows the escapades of a group of miners who initially took up the mining pursuit since they had lost their jobs.

In the fourth season of Gold Rush, Parker set up his own mining operation using his college fund.

”My mom always hated the idea of me not going to college,” Parker told Entrepreneur. He added: ”So I always intended on going and not pissing her off. But then I met Tony Beets and went to the Yukon.”

Since season 2, he started to mine his grandfather’s property at Big Nugget Mine.

Gold Rush: Parker’s Trail started in 2017, and it follows Parker on mining trips to other areas. It is produced for Discovery Channel by Raw Television.

In the first season, Parker and his team attempt the Klondike trail of 1897. In the second season, Schnabel went to the jungles of Guyana, South America.

”The big thing is with the heat and the jungle environment…there are all sorts of things that will maim and/or kill you,” Parker told Fox News about his trip to Guyana.

Parker took his hunt for gold to Australia (one of the world’s largest gold-producing nations) in the fourth season.

In 2020, Paker was featured in the documentary Gold Rush: The Legend of Porcupine Creek.

Parker Schnabel used to date Ashley Youle, a certified veterinary nurse who he met after a trip to Australia. She was first seen in season 6 of Gold Rush.

”Ashley and I broke up. I just never really made the relationship a priority, didn’t make her a priority, and she deserves a lot better than that,” — Parker said in 2018. He continued: ”At the end of the day, I do think she is doing what’s best for her, and that’s the hardest part of it… it’s a real shame.”

Some rumors sparked that Parker is dating his assistant producer of Gold Rush, Sheena Cowell, after posting a photo of the two.

”The biggest asset any business has is the people who work there.”

”The toughest thing is that it’s very seasonal work, and we basically have four months to make a year’s worth of money.”

”Loved being out on the water and in the woods looking for deer.”

Other cast members of Gold Rush are Monica Beets and Freddy Dodge.

Schnabel earned most of his wealth from starring in Gold Rush and the gold he and his team have mined.

”Gold mining, like most things in life, you get out of it what you put in,” Schnabel once said.

Parker, his brother, and his father are shareholders in The Big Nugget gold mining company.

Therefore, Parker Schnabel has an estimated net worth of $10 million.

READ THIS NEXT: Who is Vanessa Simmons?