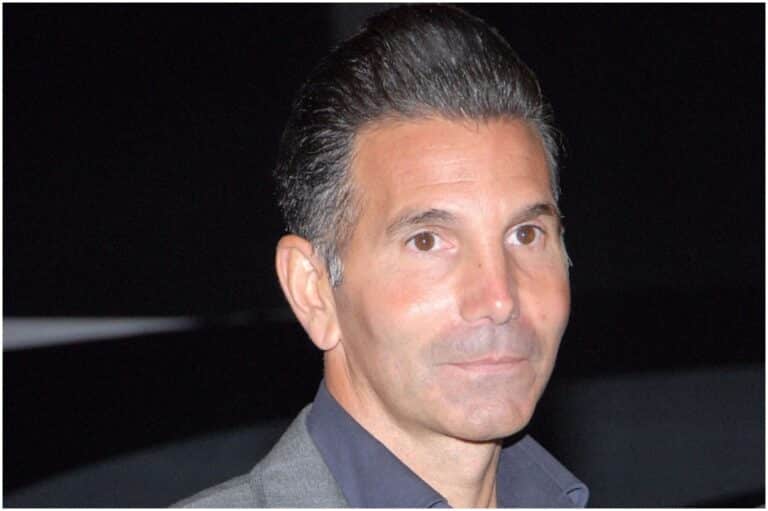 Mossimo Giannulli is an American fashion designer who is best known for founding the clothing company Mossimo.

He is of Italian descent.

His father was a landscape architect in Los Angeles.

Mossimo studied architecture and business at the University of Southern California, for three years.

In 1986, he created Mossimo, a mid-range clothing company in Balboa Island in Newport Beach, California. His company is specialized in youth clothing.

It is currently sold in about 1,700 stores within the United States as well as in Japan, India, Philippines, South America, Australia, and the United Kingdom.

Mossimo has three children: a son named Gianni Giannulli from a previous relationship as well as two daughters, Olivia Jade and Isabella Rose, with Lori Loughlin.

Giannulli earned most of his wealth from founding and managing his company – Massimo.

The company was founded in 1986 with $100,000 that he borrowed from his father. He started his business in a garage in Balboa Island at Newport Beach.

During its first year, the brand grossed about $1 million.

In 1993, Mossimo had established its headquarters in Irvine, California, where they produced Mossimo hats, shoes, bags, belts, wallets, eyewear, sportswear, and activewear.

Also in 1996, it went public on the New York Stock Exchange. According to the LA Times, the stock rose 39 percent above its initial offering price. In addition, it ended the day as the 2nd-most-active issue on the NY Stock Exchange. Also, the company’s value rose to $275 million.

”It was so amazing to see all these savvy institutional people responding to our story so strongly.”

Mossimo went on to say:

”Next to the birth of my child, it was the most incredible experience of my life.”

In 1998, the shares in his company dropped by about 90 percent. Shares that were once worth $50 dropped to $4.75. Critics cited the company’s rapid expansion as the cause.

On March 28, 2000, the company announced a multi-product licensing agreement with the Target Stores, for $27.8 million.

”Fiscal 2002 represented another strong year highlighted by a number of significant accomplishments.”

As part of the deal, he joined Iconix Brand Group as creative director for his namesake brand.

In 2010, Mossimo purchased a $7.5 million house in Beverly Hills. He renovated that house too and sold it for over $18.2 million.

In June 2015, Giannulli and his wife bought a 12,000 square-foot mansion in Bel Air, with six bedrooms and nine baths, for $13.995 million. This house was also renovated.

Therefore, Mossimo Giannulli has an estimated net worth of $75 million.

Lori Loughlin and Giannuli were arrested for their involvement in the College Admissions Scandal of 2019 during which the FBI made 50 arrests.

Allegedly, Giannuli and Lori had paid $500,000, disguised as a donation to the Key Worldwide Foundation, in order that the University of Southern California’s admissions committee would be led to believe that their daughters would be joining USC’s women’s rowing team if admitted.

According to court papers, Loughlin and Mossimo sent photos of their daughters on rowing machines. One of the problems is that their daughters had never trained in the sport and had no plans to do so.

Andrew Lelling, the US Attorney for Massachusetts, said:

”This case is about the widening corruption of elite college admissions through the steady application of wealth, combined with fraud.”

Both have pleaded not guilty. Both Giannulli and Lori Loughlin’s bonds were set at $1 million.

If convicted, the two could each face up to 20 years in prison.

READ THIS NEXT: Giorgio Armani Net Worth