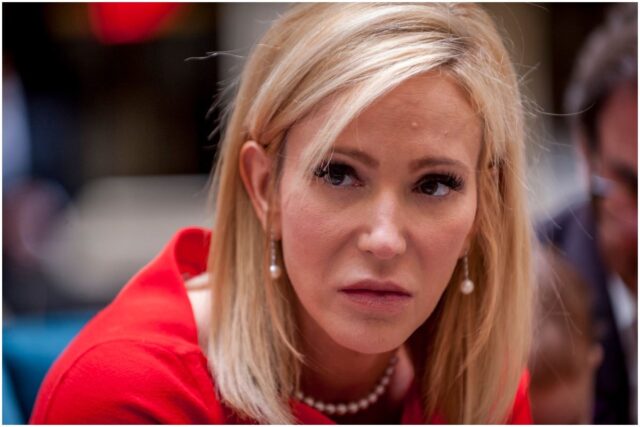 In 1991, she co-founded Without Walls International Church in Tampa, Florida, with Randy White. In 2004, the church reported a congregation of 20,000.

In 2006, White published the book – ”Deal With It!: You Cannot Conquer What You Will Not Confront.”

In 2012, White became the senior pastor of New Destiny Christian Center in Apopka.

In June 2016, she was credited by evangelical Christian author James Dobson for having converted Donald Trump to Christianity.

”Mr. Trump believes that his faith is primarily personal and private,” White told Christian Post. ”He’s a Christian in the way that all Christians are, a work in progress.”

In 2017, Paula was featured in Orlando Magazine as Top 50 Most Influential of Orlando. In the same year, Paula released the book – ”Dare to Dream: Understand God’s Design for Your Life.”

In November 2019, she became Special Adviser of President Trump’s Faith and Opportunity Initiative, a division of the Office of Public Liaison.

Formed in May 2018 through an executive order, the Faith and Opportunity Initiative set out to deepen faith-based partnerships.

”I know him personally, so I know behind what would be seen as the persona and understand the man,” Paula said about Donald Trump in an interview with Fox News. ”He’s a strong man, no doubt about that, but I also see the compassion, the humanity, the care, the strength in maybe a different way than many other people see it.”

Note – in 2001, President George W. Bush established the first faith-based initiatives office. In 2009, Barack Obama renamed and reconfigured it as the White House Office of Faith-Based and Neighborhood Partnerships.

”Paula White is the adviser to the faith and opportunity initiative,” the White House said in a statement. ”She is heading up that initiative.”

Her book, Something Greater: Finding Triumph over Trials, was released in 2019.

They had a son, named Bradley Knight, who was named the senior church leader of New Destiny Christian Center in Apopka (renamed the City of Destiny) in 2019.

In 1990, Paula married Randy White, the co-founder of Without Walls International Church, a non-denominational church within Florida. The two first met in 1987 while attending Damascus Church of God in Maryland. They divorced on August 23, 2007.

In April 2015, Paula White married Jonathan Cain, a musician who was inducted into the Rock and Roll Hall of Fame as a member of Journey in April 2017. Cain has also released eight solo albums.

Note – Jonathan has three children from his marriage with Elizabeth Yvette Fullerton. Cain was also married to singer Tané McClure. Jonathan Cain has an estimated net worth of $25 million.

READ MORE: Who is AdmiralBulldog’s girlfriend?

”May God give you boldness where there has been fear and timidity (a lack of courage or confidence) right now in the name of Jesus!”

”Don’t get stuck in a middle chapter of your life when you don’t know how God will write the rest of the script – Trust Him!”

”Are you really going to spend another day worried about what people think of you instead of what you know about yourself!”

”Don’t spend your energy thinking about people who never give you a thought. Move forward!”

”Don’t worry about what may or may not happen. God is working behind the scenes for you!”

”The Bible tells us we’ve not been given a spirit of fear but of love and of power and of a sound mind.”

White earned most of her wealth from serving as a co-pastor of Without Walls International Church in Tampa, senior pastor of New Destiny Christian Center in Apopka (2012 to 2019), and selling copies of her books (Something Greater: Finding Triumph over Trials, The Ten Commandments of Health and Wellness, Simple Suggestions for a Sensational Life, etc.).

She also hosts Paula Today, a nationally syndicated daily broadcast. Therefore, pastor and author Paula White has an estimated net worth of $6 million.

READ THIS NEXT: Who is TheOdd1sOut?