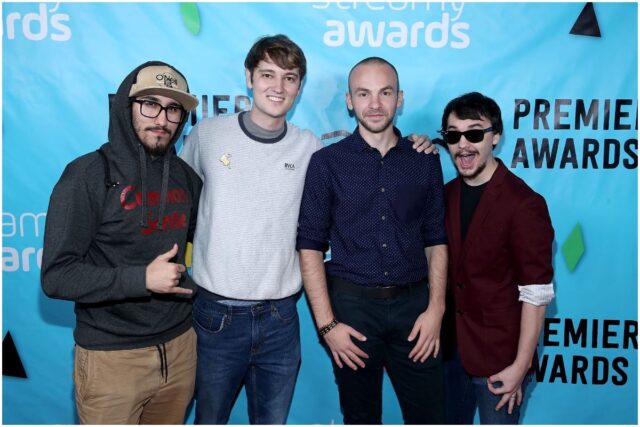 TheOdd1sOut (real name – James Rallison) is an American YouTuber and author who is best known for his animations on his YouTube channel.

His mother is Janette Rallison, a writer best known for her light romance novels.

At age 16, Rallison received a drawing tablet, and soon after, he decided to put his comics on Tumblr.

”For my 16th birthday, I got a drawing tablet and started drawing,” James said in a later interview. ”I haven’t stopped yet. I’m certainly not the best, but I have improved.”

It took him about a year to settle on a defined style of sketching.

One of his most popular series of videos is based upon his experiences working at Subway.

In July 2018, Rallison published a book titled – ”The Odd 1s Out: How to Be Cool and Other Things I Definitely Learned from Growing Up.” In the book, James tells his own stories of growing up as the “odd one out.”

In October 2018, he was nominated for the 8th Streamy Awards in the Animated category.

”We’re thrilled to partner with James and his incredibly popular Odd1sOut channel,” Shahrzad Rafati, Chairperson and CEO of BBTV, said. ”We believe we have built an app that truly reflects James’ world and believe his loyal fans will love it.”

Rallison has a girlfriend, but he kept her identity private.

”To tell you this story, I need to introduce to you a new character in my life,” he said in the video titled ”My Girlfriend, My Best Friend and the Barfy Beach Date.” He added: ”I try to keep some parts of my life private and off YouTube, but this story wouldn’t make sense if I called this person a ‘friend I know.’

We both talked about it, and she’s okay with me telling you that — guys, I have received the highest milestone a YouTuber can receive – a girlfriend – who I will be calling for the remainder of this video ‘gif.’ That’s right, I have a girlfriend now, so you can stop asking if I’m into guys. I mean, I guess I could still technically be into guys, but please stop asking.”

”I wanted kids, but my girl didn’t, so we compromised,” James tweeted in March 2020. ”We’re not having kids, but we are having grandkids.”

”If video games taught me anything is that snakes get a little bit longer when they eat pellets.”

”If I think of a protein shake as a ‘big boy muscular transformation potion,’ I’m more willing to drink it.”

”Send a compliment to someone over text, and then when they thank you, tell them your account got hacked.”

”Every time you see a picture of a dog, the dog in the picture did not know its picture was being taken.”

Rallison earned most of his wealth from ads on his YouTube channels and selling copies of his books.

On YouTube, James has over 3.7 billion views, meaning about $10 million in revenue before taxes.

His books (The Odd 1s Out: How to Be Cool and Other Things I Definitely Learned from Growing Up and The Odd 1s Out: The First Sequel) sell very well. Each book has over 3.6k ratings on Amazon with 4.8 stars out of 5.

James also sells merch on his website – theodd1sout.com. Therefore, YouTuber and author TheOdd1sOut has an estimated net worth of $7 million.

READ THIS NEXT: Who is Gary Vaynerchuk?