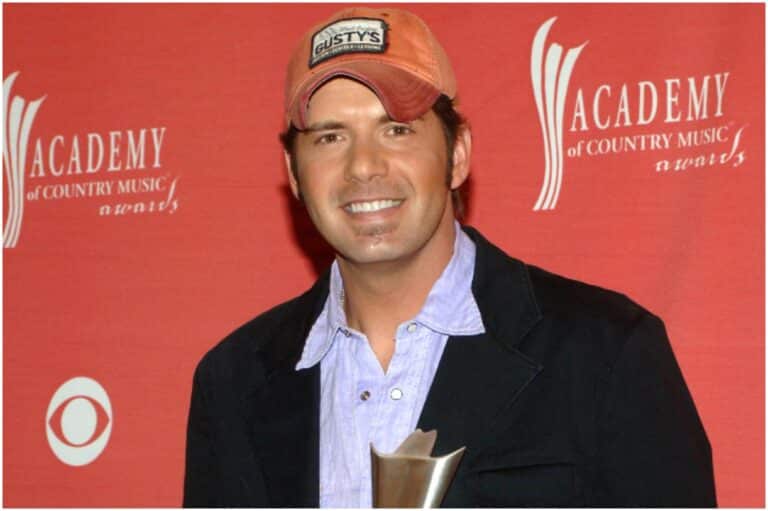 Rodney Atkins is an American country music artist who has received 2 nominations from the Country Music Association and 6 from the Academy of Country Music.

His biological mother, who was 19 at the time she became pregnant after a “traumatic first date,” put him up for adoption.

Rodney was so sick that 2 couples who had taken him home returned him just several days later. Even though his ailments worsened, a couple from Cumberland Gap adopted him and refused to give him up.

Atkins was raised by parents who had survived harsh living conditions.

Rodney said about the situation:

“My parents had a baby boy six months before I was born and he only lived a few days.”

The musician went on to say:

”After he passed they applied to adopt a baby. Six months after that, the Holston Home called and said they had a baby. That baby was me.”

By the time Rodney reached high school, his ailments had lifted and he started to take a keen interest in music.

”If You’re Going Through Hell,” his second album, was released in 2006. In the same year, Rodney won the Top New Male Vocalist Award from the Academy of Country Music.

In 2018, Rodney released a single named “Caught Up in the Country.” The song featured a cappella ensemble, consisting of students at Fisk University known as the Fisk Jubilee Singers.

In 1998, Rodney Atkins married Tammy Jo McDonald, and the two had a son named Elijah. However, their divorce was settled in late-September 2012.

Atkins has written many songs about his son, Elijah, from his first marriage.

In 2018, his 16-year-old son, Elijah, was involved in a drunk driving accident by a “methed-out drunk driver.” Fortunately, his son sustained no injuries and he returned to high school soon after.

”I found the love of my life with Mrs. Rose Falcon. Rose is an incredible singer/songwriter and just artist in general and she encouraged me to push myself and be more vulnerable,” said Atkins during an interview about his wife.

“Authenticity is everything to me. It’s being honest, being real. Not being afraid to reveal that piece of you. It’s about being willing to put it out there.”

”With a lot of songs, the approach is about how perfect things are or how messed up things are – it’s one or the other. For me, real life is the ups and downs, and if I can, I like to get both sides of that in a song.”

“I’ve learned that when the worst things happen in your life to keep your head up because that’s when some of the best things are gonna happen.”

“I love getting sawdust on me. I love getting under the hood and getting grease all over: working hard, until your knuckles are busted.”

”For most of my life, I had no idea who or where I came from. As I have gotten older and learned of all the sacrifices people made for me (my birth mother giving me up and my adoptive parents raising me).”

”[I’ve been] living life and raising kids. Success is being happy where you are,” he says. “I went through a divorce and went from thinking, ‘What in the world is happening here? This is crazy!’”

”I just wanted to raise the bar sonically and do something that challenges everything else that is out there – and me in the meantime.”

He sang “He’s Mine,” a song which was initially intended for Billy Ray Cyrus.

On October 25, 2006, a young girl from St. Clair, Michigan, named – Madeleine Rose Trudel, was dying of cancer when Rodney gave Maddie a private concert in her hospital room.

In November 2011, Rodney was arrested for allegedly trying to smother his wife with a pillow, while his 10-year-old son watched. His wife (Tammy Jo McDonald) told police that her husband was drinking and that they had been arguing all night. The singer firmly denies the allegations.

Rodney Atkins has an estimated net worth of $4 million.