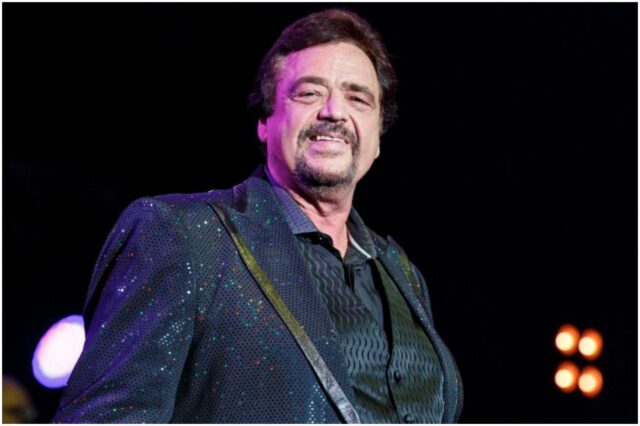 Jay Osmond (birth name – Jay Wesley Osmond) is an American drummer and singer who is best known for playing drums for the Osmond brothers’ quintet. In addition, Jay starred in a few episodes of the TV series – ”The Travels of Jaimie McPheeters.”

He once said about his father:

“Our dad was an Army sergeant, so we were raised as soldiers basically. The attitude was all for one and one for all, where we had each other’s backs.”

Jay went on to say:

“We were one unit and each of us had a role to play within that unit, which gave us purpose at a young age.”

His brother James said about their mother:

“My mother was always trying to spoil us. I began performing at the age of three and my brothers had already started, but we never really did it for the money.”

“We just did it because we wanted it to be great entertainment.”

Jay started drumming at the age of two, as part of The Osmonds – a family music group that was made of Jay and his siblings. Jay is the drummer of the group.

During the 1970s, Jay was voted one of the Top 10 drummers in the United States.

The Osmonds reached the height of their fame in the early-to-mid 1970s.

They were discovered by Walt Disney when the family was on a vacation at Disneyland.

During an interview with The Reviews Hub, Osmond stated:

“We started off as a barbershop quartet at the end of the fifties. We’d been singing together for a little while when Walt Disney discovered us.”

“We were with him for about a year and then got our first guest appearance on the Andy Williams Show.”

In 1972, Jay shared lead vocals on The Osmonds’ hit “Crazy Horses.” It reached number 2 in the UK Singles Chart and number 14 on the US Billboard Hot 100. It was banned in France since the authorities believed the lyric “smoking up the sky” was about drugs.

Crazy Horses was the only hit record from the Osmonds to feature Jay as lead vocalist.

In an interview, Jay said about Crazy Horses:

“The song changed the way we were perceived. Before that, we’d been called bubblegum.”

“But suddenly we were getting invited to see Led Zeppelin at Earls Court, to sing Stairway to Heaven with them on stage.”

The Osmonds appeared in nine episodes of the ABC western TV series, The Travels of Jaimie McPheeters. It was based on Robert Lewis Taylor’s 1958 Pulitzer Prize-winning novel of the same name.

In 2013, he released a book, titled – ”Stages: An Autobiography.” In this heartfelt autobiography, Osmond opens up about his longstanding career and personal life.

“I hated when my world of creativity was interrupted by singing practice, and we practiced every day,” Jay wrote in his book. “I sometimes felt like I was in the prison ‘Sing Sing!’”

He said for UK Music Reviews:

“The UK is so beautiful and moving here is something that I have wanted to do for a very long time and we have finally done it.”

With his first wife, Osmond has three sons:

On February 5, 2013, he became a first-time grandfather to grandson from his son Jason George and his wife. They also have a daughter Roslyn Renee who was born on March 27, 2015.

All nine Osmond siblings studied karate under Chuck Norris. His brother Alan said for Digital Spy that Norris has helped them to learn new dance moves.

Alan went on to explain:

“And he said, ‘Well let’s learn some karate, and you can apply the moves, ‘cos there’s stomps, and hoo, yeah!’”

Jay is a member of The Church of Jesus Christ of Latter-day Saints, also known as the LDS Church or Mormon Church.

“We have great parents and I think it has a lot to do with our faith and the way we were raised.”

The Osmonds were awarded a star on the Hollywood Walk of Fame.

Robert the Bruce (the King of Scotland from 1306 until his death in 1329) is his ancestor. Jay explained for Edinburgh Live:

“I’ve been on the internet, a website called familysearch.org, and you’ll never believe who my ancestor was from way back – Robert the Bruce.”

“So we’ve got a real strong Scottish connection.”

Osmond earned most of his wealth from being part of The Osmonds. He has been in the entertainment industry for more than 55 years. Jay, along with his brothers, recorded their first album in 1963.

They went on to achieve 59 platinum and gold award records as well as to sell more than 105 million albums worldwide. Therefore, Jay Osmond has an estimated net worth of $15 million.