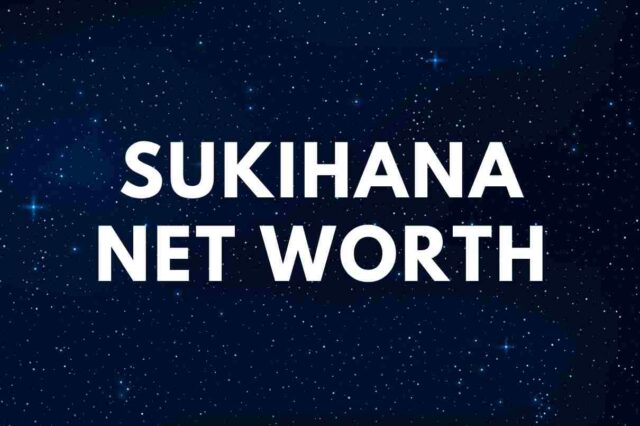 Sukihana (real name – Destiny Henderson) is an American rapper and social media personality who gained fame thanks to her freestyle videos.

Destiny grew up in Atlanta. ”I’ve always been really confident and always been loud,” Suki said in an interview. ”I’m just a product of my environment.”

”I went to a performance arts school where I learned ballet and hip-hop dance,” Destiny explained recently. She added: ”The things we learned from that all-Black school gave us confidence.”

During the third season of Love & Hip Hop: Miami, Suki was in a row with Nikki Natural and Johnson.

In August 2020, she appeared in Cardi B and Megan Thee Stallion’s music video for WAP. ”It’s so huge, everybody stops me, and they’re like ‘Hey, weren’t you in the Cardi video?” Destiny detailed. She went on to say: ”Even old a## people.”

”I’m really excited because I took my time with this,” Suki told Uproxx. ”Took a little while, but now it’s here, and I’m just excited to see the people’s reaction.”

In early December 2020, Destiny collaborated with Rico Nasty on the song – ”Smack A B###h Remix.”

”I’ve been showing her love [Rico Nasty] for a long time, and she’s also been showing me love,” Destiny said for PaperMag. ”And I happened to see an interview where she said that I was one of her favorite artists.”

In December 2020, cupcakKe released a diss track called “How To Rob (Remix),” taking aim at several rappers, including Suki and Megan Thee Stallion. ”You spoke on my mother. So I spoke on yo kids,” cupcakKe said about the song. A few days later, Suki responded to cupcakKe with the diss track “Rob Who.”

In September 2020, Sukihana got engaged to her boyfriend, Bill.

”Destiny, will you please marry me?” said Bill. ”Oh my gosh. Are you serious right now? Why do you want to marry me?” replied Sukihana. ”Cause I love you, and you are beautiful. You’re great. You’re very spiritual,” said Bill.

She has three children.

”I have a very small circle, and I’m a very spiritual person.”

”I am going to sing about this cat because this cat is worth it.”

Destiny earned most of her wealth from selling copies of her albums and singles, selling tickets to her concerts, ads on YouTube, and her OnlyFans page.

”My career and my music have gone sky high compared to where I came from,” Suki once said.

Therefore, rapper Sukihana has an estimated net worth of $1.5 million.

READ THIS NEXT: Sheck Wes Net Worth