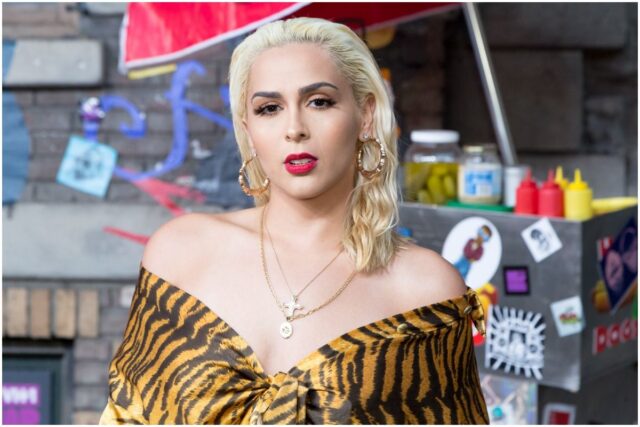 Veronica Vega is a rapper and reality TV star who gained fame for appearing on Love & Hip Hop: Miami and releasing the single ”Wicked.”

She was born on April 23, 1989, in Hialeah, Florida, USA, as Cristal Marye Cue, to a Venezuelan mother and a Cuban father.

In 2007, Veronica appeared in the music video for Chris Brown’s single “Kiss Kiss.”

In 2013, Vega released the single ”Wicked” ft. Pitbull. The video for the song has over 39 million views on YouTube. Some of the lyrics are:

”I had a record with Pitbull called Wicked, and then after that, I did a record called Pay Me that went viral, and that’s how Love & Hip kinda came to be because I think it was intriguing to them that it was so much I guess questions around the record you know whatever it was that made people … it made it like a subject to speak about,” Vega told DJ Scream and Moran tha Man in February 2019 about how she became a member of the reality show.

Other cast members are:

When asked whether she will appear in the third season, Veronica said: ”I’m not sure yet. I’m finally in a place with my music that I’m really excited about.

I’ve been waiting my whole entire life to be in, and like the show consumed a lot of your spare time or even time that you have to do things, so it has to make sense for me. You know, like really really has to make sense.

The show is really draining emotionally, and when you’re trying to like put your all into something that you want to flourish into something positive it’s really hard to be around negative.”

In October 2020, Veronica released the song ”Sorry Not Sorry.”

There is no information about Veronica Vega’s boyfriend, but she dated Young Hollywood (real name – Elijah Alexander Sarraga) in 2018.

Veronica has a beautiful niece.

”Neverrrrrrr in my entire life have I loved someone more than I love you,” Veronica wrote on Instagram on December 28, 2020. She added: ”You are so magical. You are the greatest blessing in the universe. happy 1st bday the queen of my world! Chachi Mamá!”

”I pray that my journey inspires anyone who is maybe unmotivated, lost, feeling dark, maybe even not able to fully be yourself to push it to the limit.”

”Going in endless circles trying to figure out what’s wrong, but I can’t, and no one close to me had the answers.”

”Speak your truth & free yourself.”

”I’ve never limited myself to being one thing, or the thing people thought I should be.”

”I just wanna say to anyone out there trying to accomplish a goal or a dream… there will be everything u can imagine in the way.”

Vega earned most of her wealth from appearing in Love & Hip Hop: Miami and releasing several viral songs.

She signed with record producer Polow Da Don, who has produced many singles for popular artists, including John by Lil Wayne, Throw Some D’s by Rich Boy, Baby By Me by 50 Cent, Anaconda by Nicki Minaj, and Buttons by the Pussycat Dolls.

On YouTube, Veronica has over 61 million views, meaning about $180k in revenue before taxes.

Therefore, rapper Veronica Vega has an estimated net worth of $300,000.

READ THIS NEXT: Tom MacDonald Net Worth