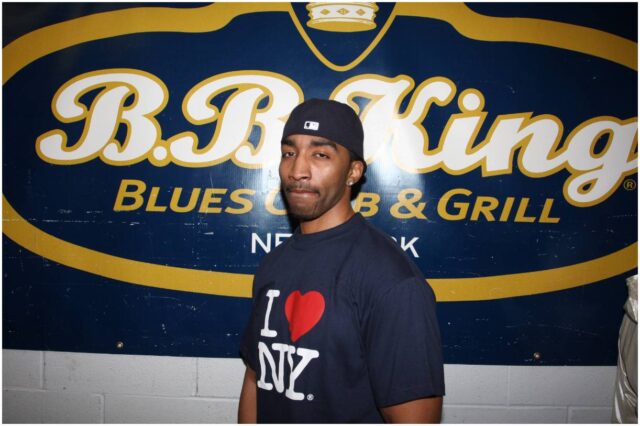 What is Mysonne’s net worth?

Mysonne, also known as “the New York General,” is an American rapper who has appeared on chart-topping albums like Mase’s Double Up and ghostwritten for several big-name rappers.

He is known for his brutally honest lyrics and introspective style, laid artfully over heart-pounding beats. He also became known as a major force in mixtape culture and battle rapping in the late ’90s and early 2000s.

He was raised in the Highbridge, Bronx neighborhood. Linen had a tough upbringing growing up around gangs, drugs, and violence.

At age 11, he lost his father. After, basketball kept him focused and out of trouble. Mysonne was mentored by NBA legends Stephon Marbury, Allen Iverson (an American former professional basketball player who played for 14 seasons in the NBA at both the point guard and shooting guard positions), and Rafer Alston.

After high school, he attended college, where he looked to major in Criminal Justice – the most basic degree which can be earned in the criminal justice field.

In 1999, he had his major-label debut album, titled – ”Life Teaches and Reality Bites,” with features from the likes of Q-Tip, Busta Rhymes, and LL Cool J.

In 2001, Mysonne was featured on DMX’s album – ”The Great Depression.”

READ MORE: What is the net worth of Mac DeMarco?

In 1999, just as he was set to release his album, ”Life Teaches and Reality Bites,” Mysonne was convicted of two armed robberies and sentenced to 14 years in prison.

Linen spent seven years in prison and was released in 2006. To this day, he maintains his innocence, however, Linen still had to serve years in prison. Prosecutors offered him a plea deal – 5 years in prison. But, Linen didn’t want to accept time for a crime he didn’t commit.

When asked about how much time he spent writing music when he was in prison, Mysonne said:

”I spent all my time writing music inside. My routine was: I get up in the morning, I go work out for about an hour, come back, read a book, after I read, I got a little beat tape, and I was gone from there.”

”Mostly I just listened to beats, ’cause I don’t even listen to half these dudes who rap no more.”

When asked about the first thing he did when he got out of prison, Linen replied:

”First thing I did, honestly? I went to a barbershop. In prison, you have the worst barbers in the world. I have been cutting my hair for the last couple of years, so I just got tired and I let it grow for like two or three months.”

”Right after the barbershop, I went home to see my little brother. He greeted me in front of the building with a basketball.”

Mysonne is married, but the name of his wife was not released to the public.

“Today I stood wit Brave MEN!. MEN who decided they weren’t going to do Nothing! MEN who didn’t sit home and critique and Criticize!!! MEN who at a very crucial and Critical time in American History decided they would Stand UP!!”

”I hear so many people ask me why do I keep getting arrested. Why do I keep Marching it doesn’t do Anything. To those people, I ask what does doing Nothing do?? Why do you do nothing and worry about those of us who are on these frontlines Sacrificing!!”

“The activism of Mysonne is not appreciated enough. He always shows up stands up for the people. Today, he got arrested at the Kavanaugh hearing. #BlockBrett.”

He once battled Shyne in a cipher outside of the studio. According to Linen, he got the W over Shyne.

READ MORE: Who is Richie Kotzen?

Before he signed to Violator in the ’90s, Linen was going to sign to ”Untertainment,” however, Lance “Un” Rivera fell back when he learned that Linen was fighting a case.

In 2017, he made noise for putting Troy Ave’s Breakfast Club interview on blast and calling the self-proclaimed “Nu Pac” a “Bozo.” Mysonne said:

“I’ve been in a situation where I was around him when he said things that were totally dis-supporting to anything that I felt was real. So I said to myself, ‘This ain’t somebody I will call on. This is somebody I have to call out and say this ain’t real.’”

Linen earned most of his wealth from selling his album, selling tickets to his concerts, sponsors, and advertisements on his YouTube channel (about $150k).

Therefore, Mysonne has an estimated net worth of $1 million.

READ THIS NEXT: Arsonal Da Rebel Net Worth