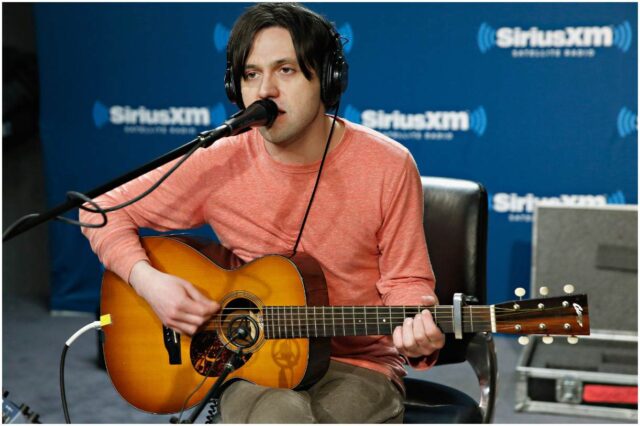 Conor Oberst is an American singer-songwriter who began his recording career in 1993 at the age of 13.

His main project was ”Bright Eyes,” a group of rotating musicians that vacillated between folk, pop, country-rock, and electronica.

In addition, Conor has played in several other bands, including Norman Bailer (The Faint), Desaparecidos, Park Ave, Commander Venus, and Monsters of Folk.

He was born on February 15, 1980, in Omaha, Nebraska, the United States, to parents Nancy Oberst and Mathew Ryan Oberst Sr.

His father was an information manager at ”Mutual of Omaha,” whereas his mother worked as an Elementary Education Director for Omaha public schools.

Conor is the 3rd child in the family of 5, with 2 older brothers (Justin and Mathew). Mathew was a teacher and a hobbyist musician, and Justin works as a partner of a law firm.

He was drawn to music at a very early age, due in part to his brother Mathew’s penchant for bands such as R.E.M., The Smiths, The Cure, and Fugazi. Actually, Oberst started learning to play guitar when he was only 10.

In 1992, when Oberst was 12, he received a chance to perform alongside the American rock musicians Bill Hoover and Ted Stevens.

At age 13, Conor recorded his voice on cassette and came up with a self-released album ”Water” on cassette tape. At age 14, he became guitarist and singer of an indie rock band named – ”Commander Venus.” The band was known for composing two albums,”The Uneventful Vacation” and ”Do You Feel at Home?.” In 1998, Commander Venus disbanded.

In 1994, following a Slowdown Virginia show, Conor, along with Joel Petersen and brothers Clark Baechle and Todd Fink, formed a band called Norman Bailer. The band later changed the name to ”The Faint.”

His first two albums, “Here’s to Special Treatment” and “Water,” were both released in 1994.

Following the completion of high school, Oberst attended the University of Nebraska. To face his career as a musician, he dropped out in the 1st semester of his sophomore year.

In 1995, Conor founded ”Bright Eyes” as a solo project. ”Bright Eyes” released its first EP, titled – ”Every Day and Every Night” in the same year.

In 1996, he co-founded a band called ”The Magnetas.” The band recorded 3 songs, only one of which (“Anex Anex”) was released on Ghostmeat Records Parts compilation album. In the same year, Conor started playing the drums for a band called ”Park Ave.” In 1998, ”The Magnetas” disbanded when Williams, the primary songwriter and singer, moved to London.

READ MORE: What is the net worth of Mac DeMarco?

Starting in 2001, he was a guitarist and singer for a band entitled – ”Desaparecidos.” The band disbanded in 2002; however, they have regrouped to play shows in the Omaha area.

In 2004, he was a member of the ”Vote for Change” tour with REM and Bruce Springsteen.

In 2007, ”Bright Eyes” released an album named – ”Cassadaga.” Soon after, Conor moved to rural Mexico to work on his first solo effort in years.

In 2012, he opened Pageturners Lounge, a bar, with Philip Schaffart.

At the end of 2012, Conor embarked on a solo tour of Europe and North America, performing with Ben Brodin on guitar and vibraphone.

Since 2010, Conor Oberst is married to Figueroa Escamilla.

Conor met his wife in 2008 while he was recording one of his songs in Mexico.

He was deeply influenced early on by singer-songwriters Simon Joyner and David Dondero.

On November 27, 2016, his brother Matthew died suddenly in Cary, N.C., where he was a school teacher.

During a 2017 interview, Conor has opened up on the death of his brother:

“He basically fucking drank himself to death. But everybody has so much of that stuff in their life. There’s no equivalence.”

”We’re never going to understand what it’s like to be a kid in Syria, getting fucking chemical bombed and watching their family die. That’s a level that you and I will never understand.”

In the last days of 2013, in the comments section of a personal essay posted on the now-defunct site xoJane, a woman accused Conor of raping her in 2003 when she was 16 after a show that his band played.

In 2017, Oberst responded to these false accusations of rape:

“At the time, it was like: I’ve lived 34 years on this earth, and I’m not saying I’m a great guy, but I know I’m not… I’m not violent towards anyone.”

The woman eventually recanted her story.

Oberst earned most of his wealth by selling tickets to his concerts as well as selling his albums. For instance, Conor had more than 500,000 sales of his album ”I’m Wide Awake It’s Morning.”

Therefore, American singer-songwriter Conor Oberst has an estimated net worth of $0.85 million.

READ THIS NEXT: Who is Tye Tribbett?