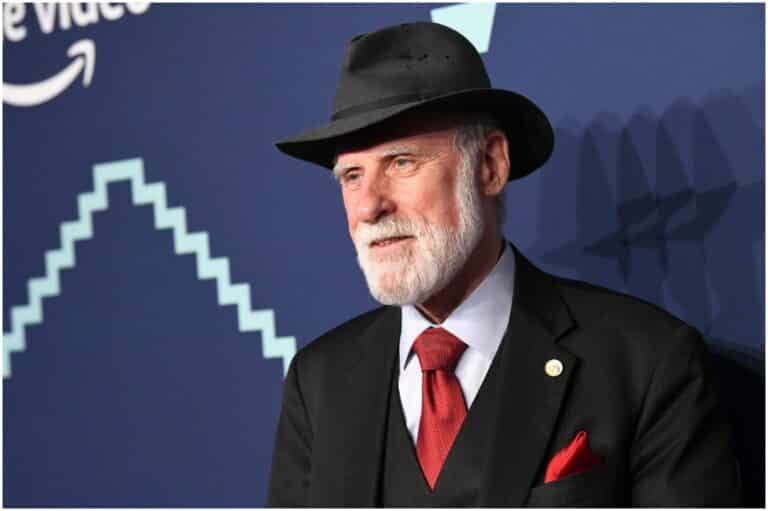 Vint Cerf (birth name – Vinton Gray Cerf) is an American Internet and telecommunications pioneer who has earned numerous prestigious honors, including the Presidential Medal of Freedom and the National Medal of Technology.

In May 2012, he was elected as the President of the Association for Computing Machinery. Along with Bob Kahn and Donald Davies, Vint is widely regarded as one of the “fathers of the internet.” Since 2005, Cerf has been Google’s Chief Internet Evangelist.

His father was an aerospace executive.

He earned a B.S. Degree in Mathematics from Stanford University.

After college, Vint worked at IBM as a systems engineer supporting QUIKTRAN for about 2 years.

While at UCLA, Vinton met American electrical engineer Bob Kahn, who was working on the ARPANet system architecture.

Vint became involved in the ongoing discussion and development of the ARPANET host computer software (NCP).

”When I was a graduate student at UCLA, I worked with others on the ARPANET project, which was a predecessor to the Internet.”

Vinton went on to say:

”ARPANET was a packet switching experiment within DARPA to connect a dozen universities that were doing computer science and artificial intelligence research for the Defense Department.”

”The idea was to link all their computers together so they could share their resources, computing capabilities, and results to make progress more quickly.”

In a later interview, he stated:

“[Privacy] wasn’t really a major factor in our thinking in the early stages, but now that has changed now that the general public has access to the network.”

DARPA (The Defense Advanced Research Projects Agency) is an agency of the US Department of Defense that is responsible for the development of emerging technologies for use by the military.

From 1976 to 1982, Vinton worked at DARPA and different groups to develop:

From 1982 to 1986, he was vice president of MCI Digital Information Services. At the company, Vinton produced the 1st commercial email service to be connected to the Internet. On June 30, 2003, the service was decommissioned by MCI.

In December 1994, People magazine awarded him as one of that year’s “25 Most Intriguing People.”

From 2000-2007, he served as chairman of the board of the ICANN (Internet Corporation for Assigned Names and Numbers).

In 2005, Kahn and Cerf received the U.S. Presidential Medal of Freedom, the highest civilian honor in the United States.

Since October 2005, he has worked for Google as a Vice President and Chief Internet Evangelist. At Google, Cerf is responsible for identifying new enabling applications and technologies on the Internet and other platforms for the company.

Since 2010, Vinton has served as a Commissioner for the Broadband Commission for Digital Development, a joint initiative by UNESCO and the International Telecommunication Union, that aims to make broadband internet technologies more widely available.

From 2011 to 2016, he was chairman of the board of the Regional Internet Registry of IP addresses for part of the Caribbean, Canada, and the United States.

In 2013, Cerf was appointed to the National Science Board by President Obama.

In 2018, he spoke on “digital preservation” at the 52nd George Gamow Memorial Lecture at Macky Auditorium on the University of Colorado Boulder campus. The lecture is free and open to the public.

”We are delighted to have Vint Cerf as the 52nd Gamow lecturer.”

“In 1974, Vint Cerf and Bob Kahn published the protocol that first allowed computers to exchange digital data across phone lines. Today, that same protocol is used by billions of users and devices to connect across the internet.”

Vint Cerf got married to Sigrid in 1966.

The couple has two sons, named Bennett and David.

”The obvious thing that worries me is malware and other abusive behaviors, like denial-of-service attacks and penetrations.”

”The closer you look at something, the more complex it seems to be.”

“I focus on doing whatever I can to create conditions under which more Internet infrastructure can be built.”

”Sleep is a waste of time.”

“There was something amazingly enticing about programming. You created your own universe and you were master of it.”

“There are many unfinished aspects of the internet that need attention, including safety, security, privacy, and accessibility.”

”Science fiction does not remain fiction for long. And certainly not on the Internet.”

He is a recipient of many commendations and awards in connection with his work on the Internet, including:

Vint suffered from a hearing impairment from an early age.

He testified before the United States Senate – Committee on Commerce, Science, and Transportation’s hearing on network neutrality on February 7, 2006.

Cerf is one of the founding fathers of the internet. Cerf has served on the faculty of Stanford University, the Defense Advanced Research Projects Agency, the Corporation for National Research Initiatives, and at MCI (the first commercial email service connected to the Internet).

In addition, together with NASA’s Jet Propulsion Laboratory, Vinton is working on the Interplanetary Internet. Furthermore, he is the Vice President and Chief Internet Evangelist at Google. Therefore, Vint Cerf has an estimated net worth of $3.7 million.

READ THIS NEXT: Wong Fu Productions Net Worth