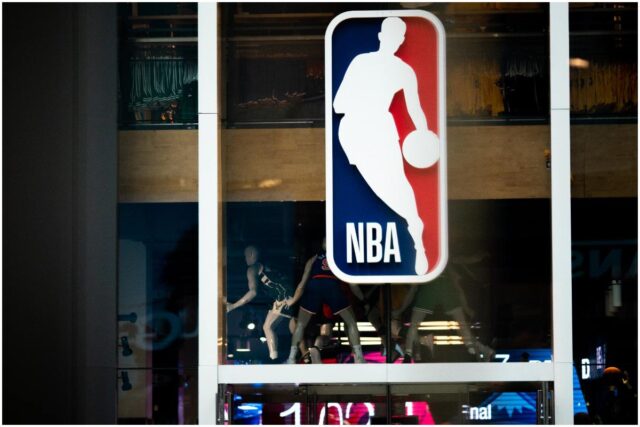 How much is NBA worth?

The National Basketball Association (NBA) is the top professional basketball league in the US.

The league was founded in New York City on June 6, 1946, as the Basketball Association of America (BAA).

By the end of the 1970s, the NBA was plagued by money-losing franchises, limited national appeal, declining television ratings, and low attendance. However, the 80s saw the NBA league grow enormously, and a lot of that had to do with the rivalry of Larry Bird and Magic Johnson.

In the 10 seasons of the 1980s, Magic Johnson led the Lakers to five titles, while Larry Bird led the Celtics to three titles.

Jordan entered the league in 1984 with the Chicago Bulls, driving even more interest in the league. MJ led the Bulls to six NBA championships and earned the NBA’s Most Valuable Player Award five times.

How Does The NBA Make Money?

NBA has a reputation for being the most innovative of the major professional North American sports leagues, earning money from a combination of merchandise deals, licensing, and TV deals.

Merchandise accounted for more than $1.1 billion in the 2017-2018 season. That season was the first one in the National Basketball Association’s history when teams were allowed to put advertisements on their jersey.

In July 2015, the NBA signed an 8-year, $1 billion deal with Nike, which is about a 245% annual increase from the previous deal with Adidas.

Mark Parker, Nike president and CEO, stated: ”We’re excited to bring the full power of our global reach, innovation, and creativity to partner with the NBA and grow the game in a way only Nike can.”

In 2019, Take-Two Interactive Software Inc. signed a deal with NBA for approximately $1.1 billion over 7 years. The National Basketball Association also has a licensing agreement with Electronic Arts for the NBA Live series.

Basketball is the second most-watched sport in the United States, behind football.

In 2016, the NBA made a deal with ESPN and Turner Sport (a subsidiary of AT&T’s WarnerMedia) worth $2.6 billion a year, for a total value of $24 billion over nine years.

Ted Leonsis, chairman of the league’s media committee, said at the time:

”There’s never been a better time to be an owner of an NBA franchise – or, frankly, any professional sports team.”

Other Streams Of Revenue

How much is the NBA worth?

NBA brought in $7.4 billion in revenue during 2017, which represents a 25% increase from the previous season. In 2017, the average NBA team was worth a record $1.65 billion. This is the first time in the history of the NBA that every team is worth over $1 billion.

In 2018, the NBA generated $8 billion in revenue, with each team awarded $255 million revenue from the league.

In early 2020, the 30 teams making up the National Basketball Association have an average valuation of $2.12 billion each. The figure rose 14% from 2019, the highest rate among the major four American sports leagues.

The New York Knicks are worth $4.6 billion, up 15 percent from a year ago, due to a blockbuster local TV deal and a renovation of their arena. Owner James Dolan said in a statement: ”I am not selling, but I am determined to find the right leader for the Knicks who will ensure the long-term success of the team.”

In 2020, the Toronto Raptors saw the largest year-over-year increase with their franchise value rising 25 percent to $2.1 billion.

Here is the current value of the top 10 NBA teams:

READ THIS NEXT: Who is Tim Montgomery?