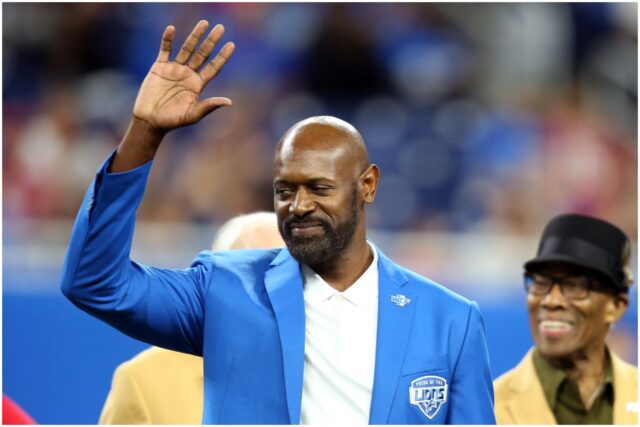 In 1987, he graduated from George Washington High School in Danville, Virginia. During high school, Moore shined in track and field, football, and basketball.

He graduated from the University of Virginia. Herman earned a bachelor’s degree in marketing and communications. During college, Herman played football for the Virginia Cavaliers.

In 1991, Moore was drafted by the Detroit Lions in the first round of the NFL Draft.

He received the All-Iron Award for his performance in the annual Thanksgiving Day game in Detroit in 1998.

After the 2001 season, Herman was released by the Detroit Lions. At the time, he was the Lions’ leader in:

After he ended his career with the Detroit Lions, Moore played one more season with the New York Giants. However, Herman played just one game for the Giants.

In 2011, he founded The Tackle Life Foundation, a non-profit organization that provides life experiences and skills for successful individual development and growth.

Since August 2013, Herman has been the CEO of Team 84 Marketing, a certified minority business enterprise marketing agency. Moore tweeted in early 2020: ”TEAM is the most important aspect of my businesses because I couldn’t do anything without my team.”

”Out of chaos comes creativity, innovation, and reassurance.”

”I urge each player to remember they still have a lot to learn and that doing so in the National Football League is a blessing.”

”We are strongest during our weakest because it requires our greatest strength to persevere and overcome.”

”Change is upon us. No matter who you are, where you are, or what you stand for or against.”

”The speed of the game has changed slightly,” Moore said about the speed of today’s game vs. the 90s during a 2016 interview with MLive. He added: ”You have smaller players coming off the edge, especially on the defensive side.”

His college jersey number was 87.

Moore earned most of his wealth from playing football for 11 seasons with the Detroit Lions. He earned about $5 million as a salary from the Lions. Herman also played briefly for the New York Giants in 2002. During his entire football career, Herman recorded 62 touchdowns and caught 670 passes for 9,174 yards.

After he retired from football, Moore became the CEO of several companies.

READ THIS NEXT: Who is Jennie Finch?