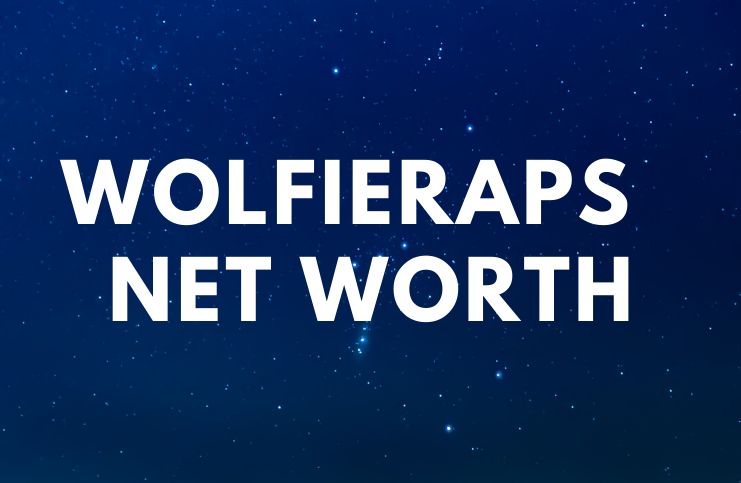 WolfieRaps (real name – Charles Xavier Raynor), also known as King Wolfie, is a Comedian rapper and YouTuber who became a member of the social media group CloutGang. They formed in response to Jake Paul’s Team 10.

He was born on June 15, 1993, in London, a Canadian city in southwestern Ontario.

Xavier has a sister, Quintessa, who is an aspiring rapper. He also has an older brother named Zach who is the lead singer in a band called The Lionyls. The group mixes elements from a variety of genres to create songs that connect people from all walks of life as well as transcend cultural and social barriers.

His mother works in the fitness industry, while his father is an orthopedic surgeon.

He graduated from Carleton University in Ottawa in 2016. The university is renowned for the great performance of its men’s basketball team.

On August 11, 2013, Xavier started a YouTube channel, called – ”Wolfie.” In the present day, the channel has more than 1.1 billion views and more than 7.78 million subscribers. His videos are typically based on a cover of various hit songs.

His first video was a remix of Migos’ “Versace.” Charles kept on posting some of the cover songs of artists such as:

The most popular video on this channel is titled – ”How to Unlock ANY iPhone Without the Passcode.” The video has more than 38 million views and it was published on March 8, 2016.

The second most popular video is called – ”CRAZY INSTANT WATER TO ICE MAGIC TRICK!!.” The video was published on July 18, 2016, and it has over 23 million views.

On May 31, 2016, Charles started another YouTube channel, called – ”MoreWolfie.” This channel has over 4.2 million subscribers and more than 579 million views. On this channel, Xavier usually publishes reaction videos and vlogs.

The most popular video on ”MoreWolfie” channel is entitled – ”WolfieRaps – Check the Statistics Feat. Ricegum (Official Music Video) (Big Shaq Diss Track).” The video was published on November 27, 2017, and it has more than 24 million views.

The second most popular video on this channel is called – ”WINNING THE MEGA JACKPOT!! **100% WIN RATE ARCADE HACK**.” The video has over 7 million views and it was published on May 19, 2017.

Since early 2014, WolfieRaps has been dating Sylvia Gani. According to Gani, the two met when Xavier asked her friend for her number.

During an interview, she described herself as:

”I’m a Canadian girl who recently moved to LA. I’ve been passionate about all things “girly” since I was little — makeup, fashion, the color PINK!”

Sylvia went on to say:

”I loved dressing up in my mom’s clothes and rummaging through her makeup drawer, putting anything and everything on my face.”

Durian a Q&A video with Gani, Charles said that he wanted at least two kids of his own and they agreed to name one ”Xavier.”

In 2018, the couple broke up after a high school student (Jasmyn) has provided receipts claiming romantic ties to Wolfie. Jasmyn went on to explain that seeing a video Charles posted on Snapchat kissing Sylvia motivated her decision to come clean. In addition, Jasmyn said that she exposed Wolfie because she was tired of the way he was treating Sylvia.

In addition, Jasmyn said that most of Charlie’s friends knew about their relationship.

After they broke up, Gani uploaded a video to her YouTube channel where she confessed:

“This experience has been teaching me a lot and it’s made me realize that I have not been putting myself first for a while now and I’m going to just take this time to do just that.”

“I’m going to make myself a priority again because [you know] cause if you don’t then who will?”

On June 8, 2018, Xavier shared a message to his followers stating that he wants to keep their relationship private.

On November 21, 2018, Gani appeared in one of Wolfie’s YouTube videos.

”Even though 99% of the time I act savage I want to let you know that I love y.”

”I told y’all, if you don’t smash the like the like button this is what Ima do to you, just like I did to this dude.”

”X was one of the most talented and influential people of this generation.”

”To all the people who continued to send me love and positive thoughts. Thank you. You saved my life.”

He is managed by Amy Neben and Jake Webb at Select Management Group (one of the leading management firm representing next-generation talent). In addition, he is signed to the Studio71 multichannel network.

Charles opened his first Youtube channel when he was 15 years old. The YouTube channel was called – ”ThoseChoobz.” On this channel, Xavier uploaded a few spoofs and parodies.

Xavier earns most of his wealth from advertisements on his YouTube channels. All his channels combined have about 1.7 billion views.

His earnings are hard to calculate because there are many factors to take into account (such as viewer location, video length, and video topic), but, on average, 1 million views can earn a YouTuber around $2,000. Therefore, all his views earned him around $3.4 million.

In addition, Charles earns money from sponsored posts (on his Instagram account as well as on his YouTube channels). Also, Wolfie sells merch (hats, t-shirts, hoodies, accessories, smartphone cases, and sweaters) on his website – wolfieraps.com. Thus, WolfieRaps has an estimated net worth of $4.7 million.