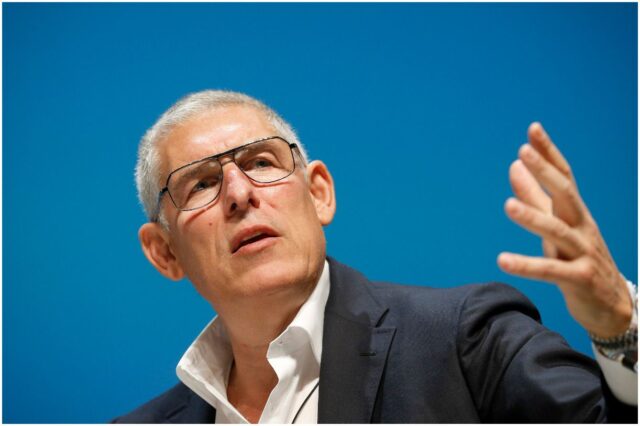 Lyor Cohen (nickname – Little Israel) is an American music executive who is best known for having led the iconic Def Jam Recordings studio.

Cohen is also the founder of 300, a music content company that leverages innovative tech to promote, cultivate, and discover rising artists with a boutique focus.

Currently, Lyor is the global head of music at YouTube.

Lyor is the grandson of an Israeli Army general.

His father is one of the pioneers of the “classroom without walls” education system.

In 1981, Lyor graduated from the University of Miami (Florida) with a degree in global finance and marketing.

After completing college, Cohen got a job at Bank Leumi, the National Bank of Israel, in Los Angeles on a salary of $14,000 per year.

Cohen began his career in the music business as an associate of producer and rapper Russell Simmons, working at his company, Rush Productions.

There, he worked on behalf of an artist roster which included:

At Def Jam, he has served as a mentor for executives such as – John Janick, Mike Kyser, Kevin Liles, Todd Moscowitz, and Julie Greenwald.

In addition, Cohen has helped to develop the careers of artists like:

In June 1998, Def Jam Recordings was merged into a new unit called The Island Def Jam.

In September 2012, Cohen resigned from Warner, where he served as one of their dominant creative executives.

In September 2012, he started his own independent label, called – ”300 Entertainment.”

The company is based in New York City.

It is backed by a wide range of investors, including:

”Through 300’s successes, I hope we have helped light the way for others to follow in this model of creating a creative hub that is both a great partner to artists and determined to succeed.”

In 2016, he was named global head of music at YouTube.

“Lyor is a lion of the music industry. From Rush to Def Jam to Island Def Jam to WMG then 300, he has consistently been a pioneer, charting the course for where music is heading.”

Lyor has two children (a daughter – Bea and a son – Az) with his second wife, Amy.

”The primary part of the weekend is centered around my children, and I have to be flexible.”

”I grew up in an era of love and swimming upstream, determined to prove people wrong.”

”One of the things I say to the music industry is this: the sooner we shed the bunker mentality, the PTSD, the better.”

”Before I had my own apartment, I had an office in London.”

”Data isn’t just to sniff out and help a company identify the hits, but also to identify things that aren’t moving the needle.”

”I used to have a gym in the house. I thought that was a fantastic luxury.”

”I like moments of staleness and mildew, simply because it creates the lane for change.”

”I’m a lover of rap music. I want good things to happen to this industry. I have so much good fortune and already have everything.”

”I’m in my own bubble. And in that bubble, the answer is yes.”

Some of his closest associates have included:

He is currently an acting Director for the New York-based charitable organization Boys & Girls Harbor. Also, Lyor is on the board of the Rock and Roll Hall of Fame.

Lyor credits American musician Jam Master Jay with teaching him the basics of the music business.

Cohen earned most of his wealth from being actively involved in hip hop at various record labels for over three decades.

In addition, Lyor was the driving force behind “99 Hard Knock Life,” the most successful rap tour in history. He is also the global head of music at YouTube.

Therefore, music industry executive Lyor Cohen has an estimated net worth of $100 million.

READ THIS NEXT: Is Jess Hilarious dating?