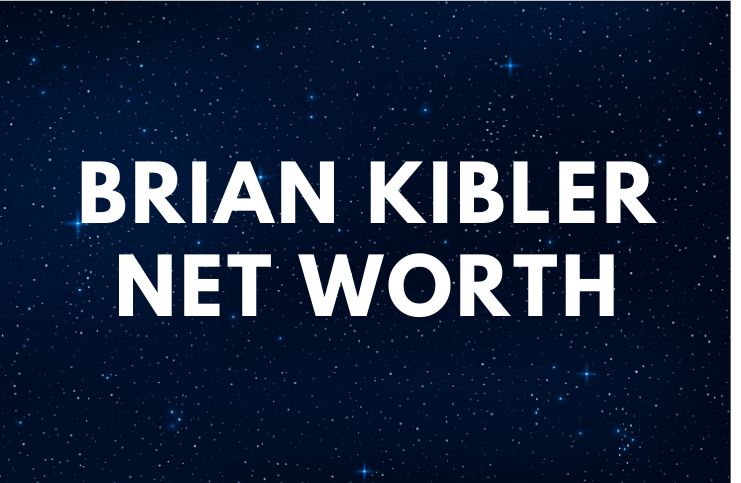 Brian Kibler, nicknamed – The Dragonmaster, is an American streamer, game designer, and collectible card game player, who served as the head developer of the World of Warcraft TCG for about two years.

In 2010, he was inducted into the Magic Pro Tour Hall of Fame.

He attended a boarding school in Massachusetts.

Brian started his gamer career by playing Magic: The Gathering, a collectible and digital collectible card game that was created by Richard Garfield. In 1996, Kibler was placed 30th in the Junior Division of the Pro Tour, Pro Tour New York.

In 2004, Brian earned a degree in Philosophy and Religious Studies from Emory University before moving to San Diego.

In the follow-up year, Kibler started to work as a game designer with Upper Deck Entertainment on the development team for the VS System TCG.

In 2010, Brian was inducted into the Magic Pro Tour Hall of Fame. In the same year, Kibler became a founding member of Stone Blade Entertainment.

In the 2012 season, he made his 5th career Pro Tour Top 8 at Pro Tour Dark Ascension in Honolulu.

Since 2016, Brian works as a design consultant for Eternal, a free-to-play online collectible card video game that was published by Dire Wolf Digital.

He has over 461,000 followers on Twitch. More importantly, the streamer has over 3,600 subscribers.

On the platform, Kibler has a reputation in the community of rarely becoming angry, and being level-headed and diplomatic.

He has frequently streamed his Hearthstone gameplay on Twitch.

Brian started his YouTube channel on September 12, 2011. Currently, the channel has more than 247 million views and over 434,000 subscribers.

In October 2019, Kibler announced that he will be stepping away from participating in Grandmasters’ live streams as a caster or commentator. He said:

“When I learned about the ruling, I reached out to Blizzard and informed them that I no longer feel comfortable casting the Grandmasters finals at BlizzCon.”

“I will not be a smiling face on camera that tacitly endorses this decision. Unless something changes, I will have no involvement in Grandmasters moving forward.”

According to Activision, Ng Wai violated the rules of the Hearthstone Grandmasters when he engaged:

“in any act that, in Blizzard’s sole discretion, brings you into public disrepute, offends a portion or group of the public, or otherwise damages Blizzard image.”

During an interview, Brian wrote on Medium:

“I won’t pretend to understand either the intricacies of the geopolitical situation in China and Hong Kong or the full extent of Blizzard’s business interests there, but to me, this penalty feels like it is deeply rooted in both.”

William “Amnesiac” Barton, a Hearthstone player from the US, said regarding this situation:

“As a player in the Grandmaster League, I support democracy, free speech and the right of people in Hong Kong and around the world to assemble in protest.”

“I invite Blizzard to reconsider their position.”

Later, a number of Blizzard employees have staged a walkout to show support to Ng Wai.

An employee who preferred to remain anonymous said for The Daily Beast:

“The action Blizzard took against the player was pretty appalling but not surprising.”

On October 12, 2014, Brian Kibler got married to Natalie Warren.

“I have an important personal update to share. Natalie and I have made the decision to separate.”

“We remain close, and we are still living together for the time being.”

“It is great to see how the gaming industry has grown so much and has become so mainstream.”

“Get enough sleep and making sure that you’re keeping your body nourished and healthy.”

He has a dog named Shiro.

In 2016, he was diagnosed with appendicitis.

Kibler earns most of his wealth from streaming on Twitch. He is one of the most well-known members of the Hearthstone community.

On Twitch, a streamer can make money from ads, donations, sponsors, and subscriptions. He has over 3,600 subscriptions, which means about $9,000 per month in revenue.

He also made some money from designing games. Kibler helped design VS System, SolForge, Ascension: Chronicle of the Godslayer, WoW TCG, and more.

Moreover, Brian earned money from winning tournaments. For instance, Kibler received about $40,000 after winning VS System Pro Circuit event in 2014. In total, his tournament winnings are over $280,000. Therefore, Brian Kibler has an estimated net worth of $1.4 million.