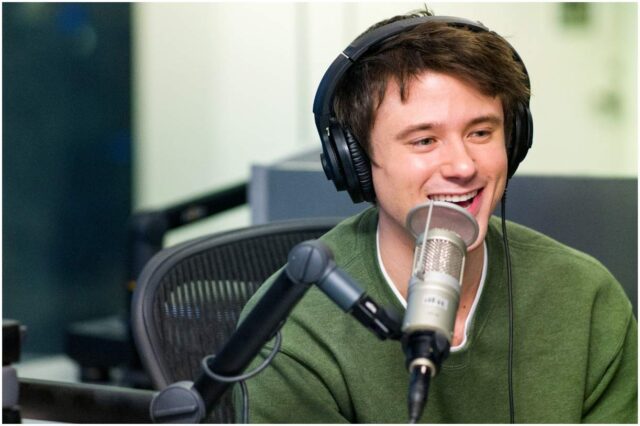 Alec Benjamin is an American singer-songwriter who is best known for his songs Water Fountain, Let Me Down Slowly, End of the Summer, I Built A Friend, and Paper Crown.

Benjamin released his debut album ”These Two Windows” in May 2020.

On October 5, 2010, Benjamin started his YouTube channel that has over 3.71 million subscribers.

After high school, he enrolled at the University of Southern California.

In 2014, he signed with Columbia Records.

In August 2016, Alec released the music video for ”The Water Fountain,” which is closing in on 27 million views since it debuted. He said about the song:

”It’s a video that’s very similar to the place I grew up in.”

In May 2017, Merrick Hanna used Benjamin’s song “I Built a Friend” in a dance audition for America’s Got Talent.

He released his ”Narrated For You” EP in late 2018 via Atlantic.

The album includes the songs Oh My God, Let Me Down Slowly, and Mind is a Prison.

“Let Me Down Slowly” was originally released as a solo version in 2018. Alec said about the song for Billboard:

”It’s just about feeling like you’re at somebody else’s mercy where you really still care about somebody but they kind of hold all the cards and it was kind of like a helpless feeling.”

“Let Me Down Slowly” was certified Gold in Canada. In 2019, it was re-released as a duet with singer Alessia Cara.

After he has released ”Narrated For You,” Benjamin started his own US tour. In 2019, the EP reached number 127 on the US Billboard 200.

In December 2019, Benjamin released the music video for ”Mind Is A Prison.” It has over 5 million views on YouTube and is part of his first debut album. The artist said about Mind Is A Prison:

”This song is just about how I overthink everything.”

Alec went on to say:

”Especially all this new music and all these new decisions that I’ve had to make.”

In May 2020, Alec released his debut studio album, titled – ”These Two Windows” via Warner Music.

Benjamin said about the album: ”I worked harder on this debut album than anything I’ve ever done in my entire life.”

The songs on the album are:

Alec Benjamin is not married. Also, there is no information about Benjamin’s current girlfriend.

In 2017, Benjamin said that he wrote the song ”Let Me Down Slowly” about an experience with an ex-girlfriend.

”I think stories are the best way to transmit an emotion, because language is flawed.”

”I never view myself at the top of something, [but] always at the bottom, looking up.”

”I’m a very OCD person. I’ll do one thing to complete exhaustion.” (Time)

”I think if music didn’t have lyrics it probably wouldn’t have interested me as much.”

”I only use music as a vehicle to express my feelings.”

Alec’s music is inspired by artists such as Ben Gibbard, Paul Simon, John Mayer, and Eminem. He actually said:

”I am heavily influenced by Eminem’s ability to tell stories.”

Benjamin earned most of his wealth from releasing his album (These Two Windows) and mixtapes (Narrated for You and America).

He also served as a songwriter for artists such as Jon Bellion. Another stream of revenue for Alec is the sold tickets to his concerts.

In addition, Benjamin makes money from advertisements on his popular YouTube channel that has over 878 million views – meaning about $2 million in revenue, before state taxes. He also sells merch on alecbenjamin.store.

Therefore, singer-songwriter Alec Benjamin has an estimated net worth of $2.5 million.

READ THIS NEXT: Who is Pastor Troy?