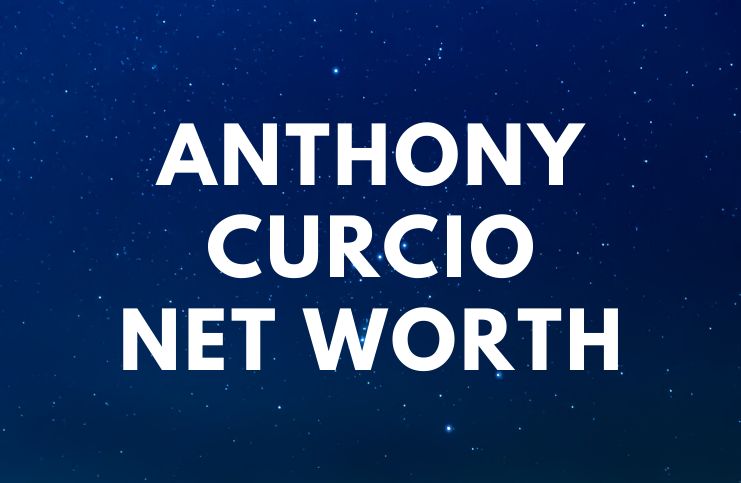 Anthony Curcio an American convicted robber, public speaker, and author, who is best known as the architect of one of the most ingenious bank heists in American history. The media called him Craigslist Robber and D.B. Tuber.

While attending Monroe High School, Anthony excelled in football and basketball. Curcio said in an interview: ”Catching a touchdown pass, that’s a true feeling.” He went on to say: ”It was everything that I wanted to be, it was falling into place.”

After high school, Anthony went to the University of Idaho on a partial scholarship for football and basketball. But in college, a sports injury ended his promising college football career. He also became addicted to opiates.

At some point, Curcio was spending around $15,000 per month on drugs. He said for Vice: ”It is crazy to me that the most addicting and damaging drugs are the ones prescribed to us by doctors.”

After completing a 21-day in-patient program, Anthony started his first business – Tony’s Gaming. Later, Curcio started a real estate investment company that was based in Seattle.

When the economy collapsed in 2008 so did his real estate business. In one day, Anthony got the idea to rob a Brink’s armored car.

Anthony observed a Brink’s armored car as it made deliveries to the Bank of America branch in Monroe for about 3 months.

Several days before the robbery, Curcio posted a fake ad on Craigslist for 15 workers promising $28.50 per hour for laborers willing to work for the Clean Monroe Beautification Project.

People answering the Craigslist ad receive emailed instructions telling them to meet at the Bank of America parking lot at 11 a.m. on September 30, 2008.

On the day of the robbery, Anthony wore a face mask and a wig. Then, Curcio pretended to be a landscaper spraying weeds outside the Bank of America.

Curcio escaped with more than $400,000 by floating away in a yellow innertube on nearby Woods Creek. However, his luck turned when a homeless man recognized him, writing down his license plate.

He was arrested on November 4, 2008. Antony was later convicted and sentenced to six years in federal prison.

Judge James Robart also said that he was troubled that Anthony put the decoys at risk for being shot by the guards and attacked an armored car guard. As such, he added an extra year to the five-year sentence recommended by prosecutors.

Anthony spent 5 years of a six-year sentence in medium- to low-security prisons in Florida and Texas.

While in prison, he wrote and illustrated over 20 children’s books after inmate George Jung encouraged Anthony to write a book.

On June 21, 2013, Curcio published his autobiography, titled – ”Heist and High.” The book starts as follows: ”As he grabbed the canvas bags of cash, Anthony prayed, God, I know you don’t like what I’m doing, so I won’t ask you for your help.”

Anthony also started to speak to students around the US about how he became a drug addict and convicted robber and his life after prison.

The timing of his Brink’s armored car robbery came days after announcements of the United States government’s bank bailout package ($700 billion) that included Bank of America.

Curcio has been featured in many magazines and news outlets, including – NBC, NPR, Fox News, 20/20, Esquire, and GQ.

Other famous people who spent time in prison are Korey Wise and Jeremy Meeks.

Curcio earned most of his wealth from his real estate company, selling his children’s books, and serving as a public speaker. Therefore, Anthony Curcio has an estimated net worth of $1 million.

READ THIS NEXT: Who is Samuel Leeds?