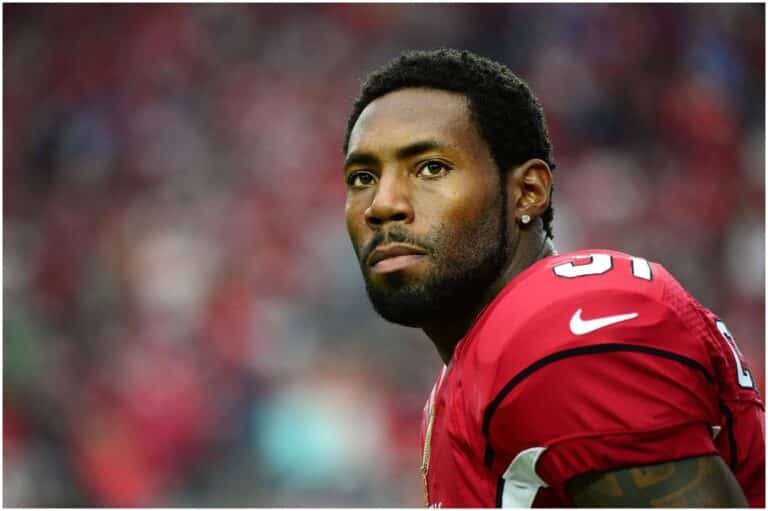 Antonio attended Tallahassee’s Lincoln High School. Throughout his senior season, Antonio ran the ball 13 times for 242 yards and 3 touchdowns, had 450 yards and 1 touchdown on 30 catches, and recorded 12 tackles and 2 interceptions.

For the 2003 to 2004 season, Cromartie accepted an athletic scholarship offer from Florida State University.

In his first season, Antonio performed well, however, he was inconsistent throughout the season. Cromartie finished the season with 3 interceptions.

During the 2012 season, Antonio became the #1 cornerback and performed well.

In addition, he was elected to attend the Pro Bowl for the second time in his career.

He was released after just 1 season.

Antonio was released after just 4 games with the team.

In 2017, the couple began starring in their own comedy docu-series, called – ”The Cromarties.” During the series, Terricka and Antonio take on the everyday challenges of raising a family of 6 kids.

“To be honest, I just feel that our family dynamic is very interesting, I think we’re very misjudged from the outside looking in.”

Terricka went on to say:

”I just wanted to showcase how relatable we are, how blended families do work and, you know, regardless of your circumstances, you can still be successful in your family life.”

In a different interview, Terricka said:

”Overall, the kids have reacted extremely well to the cameras.”

”For me, this is the first time I’m really having cameras in my face every single day, showing our lifestyle.”

Antonio has 14 children: six with Terricka and the other eight children with seven different women.

On August 30, 2017, Antonio announced the birth of his fourteenth child, his third child since his reported vasectomy in 2013.

“It’s a blessing from God. I’m part of that 1 percent that it happens to.”

“He’s an excellent father, which is the reason why I really wanted to showcase our family.”

According to reports, he pays an estimated $336,000 per year in child support.

A Word About Vasectomy

A vasectomy is a surgical procedure to seal or cut the tubes which carry a man’s sperm to permanently prevent pregnancy. You will still ejaculate and have erections, however, your semen won’t contain sperm.

Vasectomies are one of the best forms of birth control. According to statistics, only 1-2 women out of every 1,000 end up pregnant within 12 months of their partner receiving a vasectomy.

About 12 weeks after a vasectomy, you will need to produce a sample of semen, that will be tested for sperm. Once tests have confirmed that your semen is sperm-free, the vasectomy is considered successful.

Even after you have already had one or two clear semen samples, a vasectomy can also fail a few months to years later. This can happen because:

”You need to make sure you’re going exactly where your guy goes in press coverage.”

”You need to understand the receiver and the offense you’re facing that week.”

At the end of the 2008 season, Antonio announced that he played the entire season with a broken hip.

In 2002, he earned the USA Today defensive player of the year.

In 2009, he was under investigation for alleged assault with a deadly weapon. According to the San Diego Police Department, Antonio allegedly threw a champagne bottle that hit another person in the head at Bar West, 959 Hornblend St. No one was arrested, and no injuries were serious enough to require hospital treatment.

“This is absolutely not a story. Antonio didn’t throw the bottle. He was there with two other players.”

In 2007, Antonio returned a missed field goal 109 yards for a touchdown. This is the longest play in NFL history.

Cromartie ran a career-best time of 21.27 seconds in the 200 meters. Also, Antonio was timed at 46.39 seconds in the 400 meters at the NCAA Division I Championships.

Cromartie earned most of his wealth from playing American football in the NFL.

His best years (regarding his revenue) were:

According to the data, Antonio has earned over $47 million during an 11-year NFL career, about $26 million after taxes. He also earned some money from his reality show – The Cromarties. Therefore, Antonio Cromartie has an estimated net worth of $11.7 million.