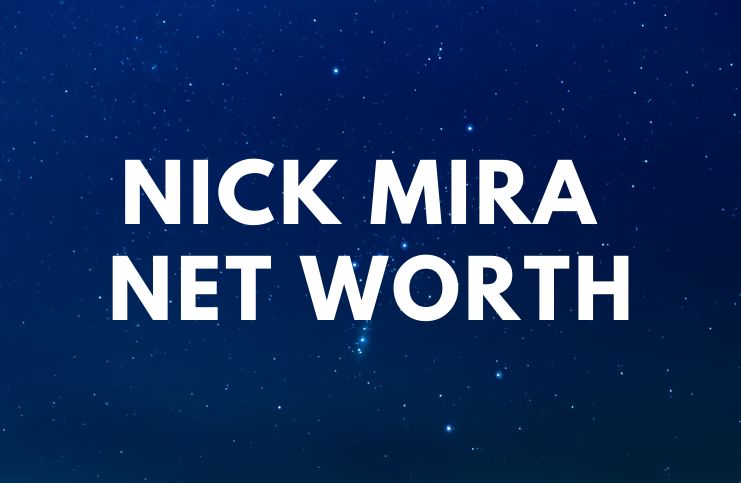 Nick Mira is an American hip-hop producer who is widely known as a member of the music collective Internet Money. He has also worked with high-profile artists such as Yo Gotti, Trey Songz, and Xxxtentacion.

Mira was a teen when he had commenced making music and had started rapping. In his words:

”I always grew up around music, and I was always playing the guitar.”

”Playing guitar was something I did for fun as a kid.”

”I’ve been making music my whole life. Ever since I was 5 years old, I picked up the guitar — just playing it not necessarily writing any songs.”

Jahseh Dwayne Ricardo Onfroy, known professionally as XXXTentacion, was an American singer, rapper, and songwriter. On June 18, 2018, he was fatally shot at the age of 20.

He released his first song with XXXTentacion, that was named “Fuck Love.”

In 2018, he produced and co-wrote 4 songs on Juice WRLD’s album Death Race for Love, including the single, “Robbery.”

“Juice was influenced by heavy rock bands and hardcore. That was a lot of what I listened to growing up.”

”That subconsciously goes into my music. Whenever I make that music, he makes more melodies and it blends together really well.”

In 2018, he produced two tracks (Lean Wit Me and All Girls Are the Same) that have reached a good spot on the Billboard Hot 100 chart.

In 2019, Nick was accused of stealing the track for “Lean Wit Me.” Mire wrote on his Twitter account:

”Lean Wit Me was recorded from scratch by myself and only me. I played all the guitar myself and recorded the drums.”

He was a composer, producer, or lyricist of songs like:

When asked about which hip-hop producers or artists inspired him, Nick responded:

Taz Taylor is an American music producer from Jacksonville. It was Desiigner’s use of one of his beats which really helped him take off. Taylor was supposed to have a track on Trey Songz’s Trigga album, however, it was swapped out.

Taylor has been credited with producing for:

Taz’s Hollywood Hills house serves as a central hub for the producers to work together.

During an interview, Taylor said:

“I was just thinking, what if I did a whole Internet Money house where all the producers have their own rooms and we’re just working 24/7 with a big ass studio?”

The mansion is like a teenage WeWork in which Internet Money Records are hard at work filming a reality series, conducts week-long seminars for aspiring producers, and creates production tutorials for YouTube.

Nick is acquainted with Lil Skies, an American rapper who is best known for singles such as Nowadays and Red Roses as well as for his debut mixtape, Life of a Dark Rose.

Skies was introduced to music by his father who was also a rapper. Lil recorded his 1st song when he was four-years-old at Quatro Studios in Hagerstown. Skies has earned multiple cosigns from the CUFBOYS. Lil attended Shippensburg University, however, he dropped out upon gaining an audience on YouTube and SoundCloud.

When asked about what producers and artists he is listening in his free time, Nick responded:

”A lot of Uzi, Trippie, Tracy, Peep, to be honest. Pierre [Bourne] has been one of my favorite producers the past few years, especially his work with Young Nudy.”

”Outside of Hip-Hop, Pierce The Veil, Beach House, Sampha, Camila Cabello. I listen to a little bit of everything, just not country music.”

Mira earned most of his wealth from selling beats to other artists. He even said during an interview that – ”as soon as I started making them (beats), I thought, I’m about to sell all my beats for 99 cents, make a bunch of money, and people are going to listen to them.”

In addition, Nick co-owns Internet Money Records, a YouTube channel that runs advertisements. Therefore, Nick Mira has an estimated net worth of $0.2 million.