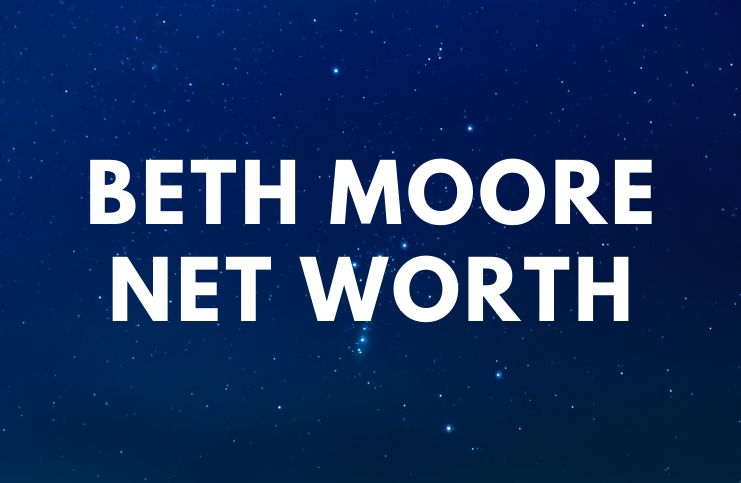 Beth Moore is a Bible teacher, founder, and American author who wrote several Bible and religion-themed works, including – When Godly People Do Ungodly Things (2002), Delivered: Experiencing God’s Power in Your Pain (2019), and A Woman’s Heart: God’s Dwelling Place (2007).

She has been described as an “electrifying” speaker.

Beth was raised in Arkadelphia, Arkansas, with one younger and three older siblings.

Her father managed the local cinema. Her job was to hand out samples of soda and popcorn.

Moore was abused during childhood. She said about her family:

In her late teens, Beth committed herself to a career in Southern Baptist Convention ministry, a Christian denomination based in the US.

Beth holds a degree in political science from Southwest Texas State University, where she was initiated into Chi Omega, a member of the National Panhellenic Conference and a women’s fraternity, the umbrella organization of 26 women’s fraternities.

Some of these principles are:

Moreover, Beth is frequently a guest on LIFE Today, a popular television program where she hosts ”Wednesdays in the Word.” In addition, Moore shares her knowledge and experiences on her radio show ”Living Proof with Beth Moore.”

Beth Moore got married to Keith Moore on December 30, 1978. She said about her husband:

“My husband has zero-tolerance for pretense, self-righteousness, or self-promotion.”

In 2018, Moore told the audience at the Southern Baptist Ethics & Religious Liberty Commission’s national conference that her primary parenting goal was for her daughters to know Jesus is everything.

Both of her daughters are involved with Living Proof Ministries. For instance, Melissa is employed full-time as a research assistant, co-teacher, and cowriter, while Amanda serves on the board of directors.

Beth lives with her family in Houston, Texas, USA.

Moore has written several books and Bible studies that have been read by women of all denominations, races, and ages.

Some of her books include:

”Christian leaders, LEAD. Do not shrink back in cowardice. Be bold. Be clear. Do not assume people know where you stand.”

”I want to ask a favor of you friends. Accept that I’ll always have haters. The best thing to do with most is to ignore them.”

”I’ve lived long enough to know what I want out of life. My aim is to live & love in imitation of Jesus.”

”Jesus has taught me not to fixate on the fears of what years ahead could look like but on faith for today.”

“The Bible is the Word of God, crucial to knowing Him, but it’s not God.”

”I know good fun when I’m having it and I also know when I’m being dismissed and ridiculed.”

In 2008, Beth held a simulcast of her “Living Proof Live” which is estimated to have been watched by 70,000 people.

Moore has taught at conferences for women in many countries, including:

Her first connections and beginnings with God and the church began at the age of 18.

In 2019, Beth wrote on her Twitter that she is spending Mother’s Day preaching at a church (although Moore did not use the word “preaching”).

Moore earned most of her wealth from founding and managing Living Proof Ministries. Beth has also spoken in many countries around the world and in all the US states.

Additionally, Beth hosts “Wednesdays in the Word” (formally known as “Wednesdays with Beth”) and teaches through her radio show, Living Proof with Beth Moore. Also, she has written many books that can be purchased on Amazon. Therefore, Beth Moore has an estimated net worth of $2.35 million.